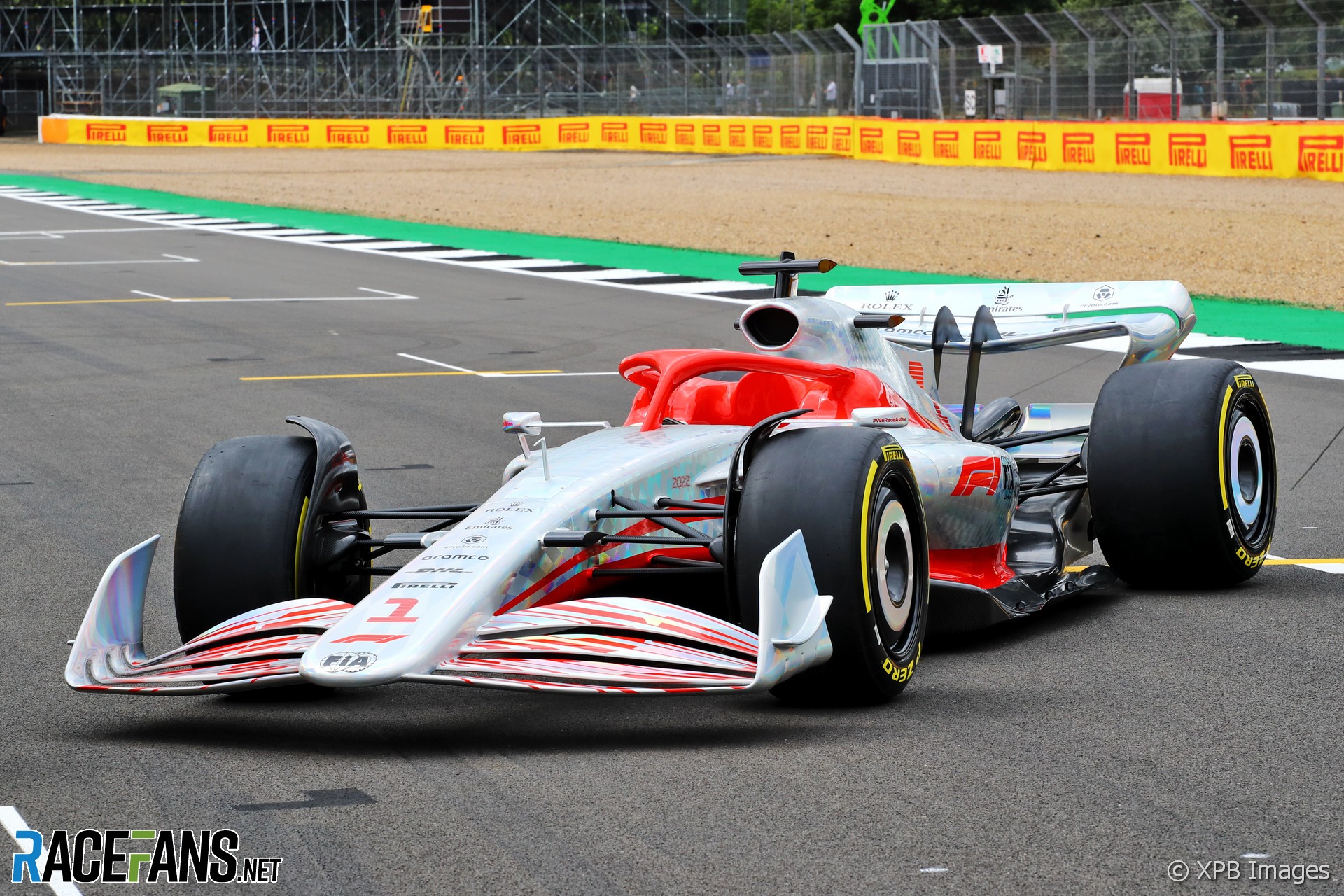 Formula 1 teams are pushing for a further increase in the minimum weight limit for next year’s cars, which are being designed to new technical regulations.

The minimum weight is due to rise by 38 kilograms in 2022, reaching a new high of 790kg. However Alfa Romeo’s technical director Jan Monchaux told RaceFans teams have raised concerns with the FIA’s Technical Advisory Group over how they will reach that level without resorting to expensive weight-saving materials and techniques.

“The biggest discussion point lately where all the teams have a clear opinion is the minimum weight,” said Monchaux. “We think a couple of kilos more would certainly help, but also help saving costs. It’s one thing to achieve a target, but at some point it gets very, very expensive.”

Monchaux said the teams “are fairly aligned as far as I can see” in their concern over the weight limit.

The increase in minimum weight for 2022 has come about partly due to the larger wheels on next year’s cars and the introduction of more demanding crash tests. F1 car weights have risen steadily over the past decade (see below) and next year’s rise will be the biggest since the V6 hybrid turbo power units were introduced in 2014.

The latest rise is “quite a severe weight addition on the car”, said Monchaux. “With all the addition on the regs and the challenge of bigger tyres, bigger rims, bigger brake disks, the weight is clearly a big, big topic for all the teams. It’s still being discussed in the TAG with the FIA because we increased by as many 40 kilos and that is going to be extremely challenging. So that is certainly a big factor for us.

Formula 1’s introduction of a new, 18-inch wheel format next year has been Alfa Romeo’s starting point for designing its first car to a different and more restrictive set of technical regulations.

“Even if the regulations are quite restricting or guiding you in a lot of areas about what volumes you can do for things, it’s nonetheless a brand new car with new tyres, which is the starting point,” Monchaux explained. “Therefore, building a car around these tyres to hopefully get the maximum out of them is quite essential.”

The aerodynamic regulations are also very different to the current rules set, with simplified upper wings and a more complex floor intended to generate downforce using the ‘ground effect’.

“We need to get it right with the aero,” said Monchaux. “I suppose all the teams are the same, hoping we are not missing something with these new regs.

“You need to take some brave decisions relatively early because you need to set up the layout of the car: Wheelbase, architecture of front and rear suspension, topology, coolers installation… You have only your own wind tunnel, your CFD, but no real reference from what can be found on the track.”

Although he is confident in the decisions his team has taken, Monchaux admitted some anxiety about the overall direction of their development, as they will be unaware what their rivals have done until the cars appear next year.

“The decisions we took so far I’m very happy were straightforward and at that moment in time was a no-brainer to do this and this and that for 2022,” he said. “As it’s an ongoing, iterative process, if we would redo some rear suspension tests, topology or cooler installation six months later, we might come up with other conclusions because the car has evolved and things are slightly different.

“So [there is] a certain level of wariness, I wouldn’t say [nervousness], but respect towards some big decisions we had to take, which were quite straightforward for us but only time will tell if they were the right ones.”

The rules have been designed to encourage cars to race more closely together. As a result “the new aero platform is quite a different beast compared to the cars we currently have”, said Monchaux.

“The aero map shapes the behaviour of the car and the changing attitude also with respect to wind and steering is quite different. You have much less tools to regain authority from front wheel wake, rear wheel wake and generate the same kind of characteristics we are used to from the [current] cars.

“So there is a lot of work to hopefully make the best in terms of where we position the car and and recover as much as possible. Sensitivities, wind sensitivities, balance, balance evolution with speed, aero balance – all these things, so far I’m quite happy about what I what I see and what we’re able to achieve. But it’s still four, five, six months now until the first race.

“So still it’s half of the marathon. It’s about now, really trying to maximise as much as possible gains in the wind tunnel and make sure we do a car that is reliable, under the weight limit and [others]. There’s quite a few open topics until we are on-track.

NB. Separate minimum weight limits were enforced for turbocharged and normally-aspirated cars in 1987 and 1988.