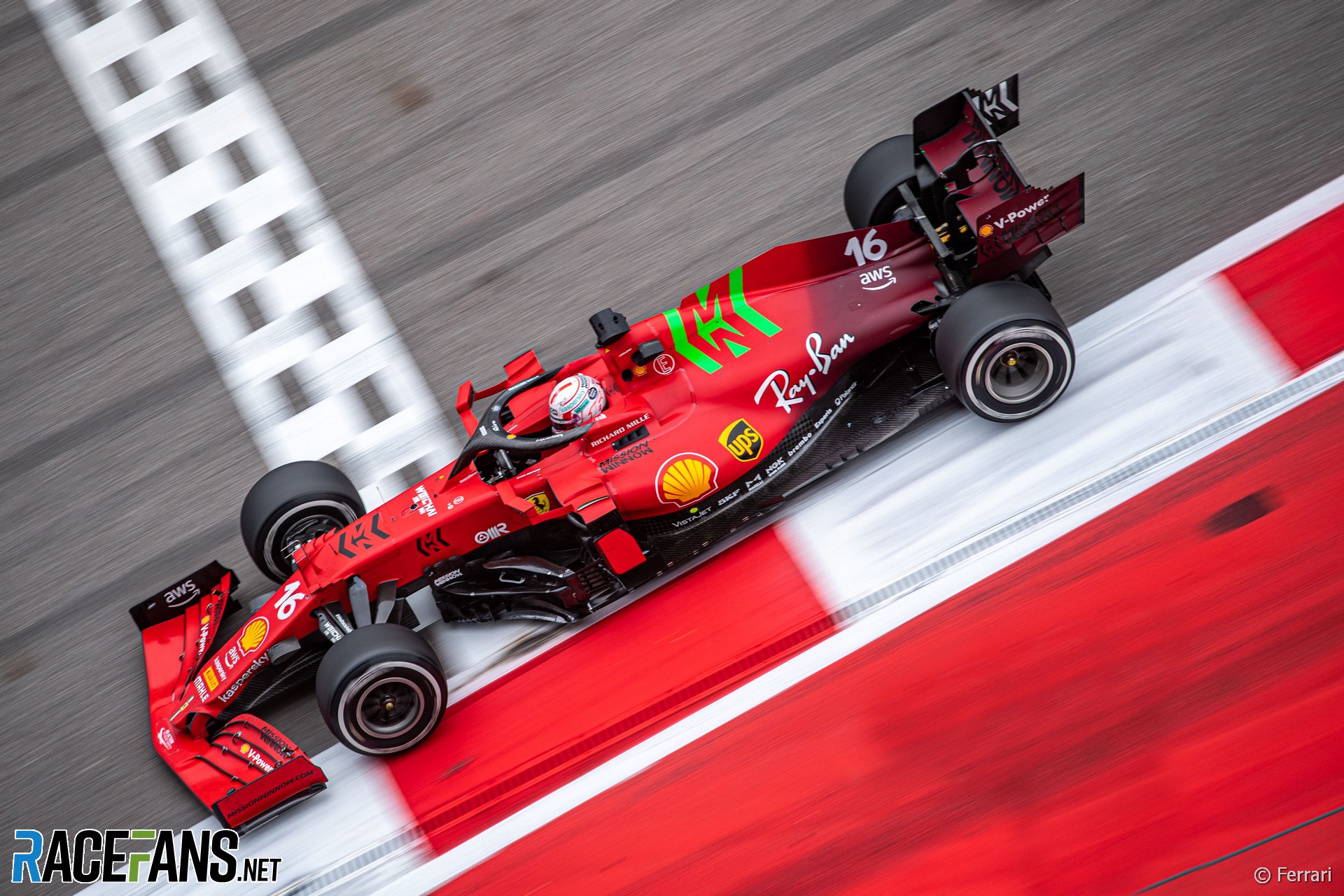 The team is striving to make gains with its power unit, which was a key weakness last season, before a freeze on development comes into effect next year.

Ferrari’s sporting director Laurent Mekies said they were “satisfied” with the introduction of the updated power unit in Sochi last weekend. “There is no game changer there, but it’s working smoothly.”

Team principal Mattia Binotto declined to describe the extend of the gains Ferrari made, which is believed to be a single-digit increase in terms of horsepower.

“It is a step in terms of performance,” said Binotto. “But as Laurent said already, what’s more important for us certainly is it has pushed forward as much as we could that new technology because it will certainly help in the view of 2022 in terms of experience we can do,” he said.

“I’m happy now that Charles got it for and got it for the rest of the season, which still is somehow a step.”

Leclerc said there was a noticeable improvement from his power unit when he ran it for the first time on Friday. “I feel that it is a little bit better, which is great, and obviously the data confirms it,” he said. “It’s great to feel it and to see.”