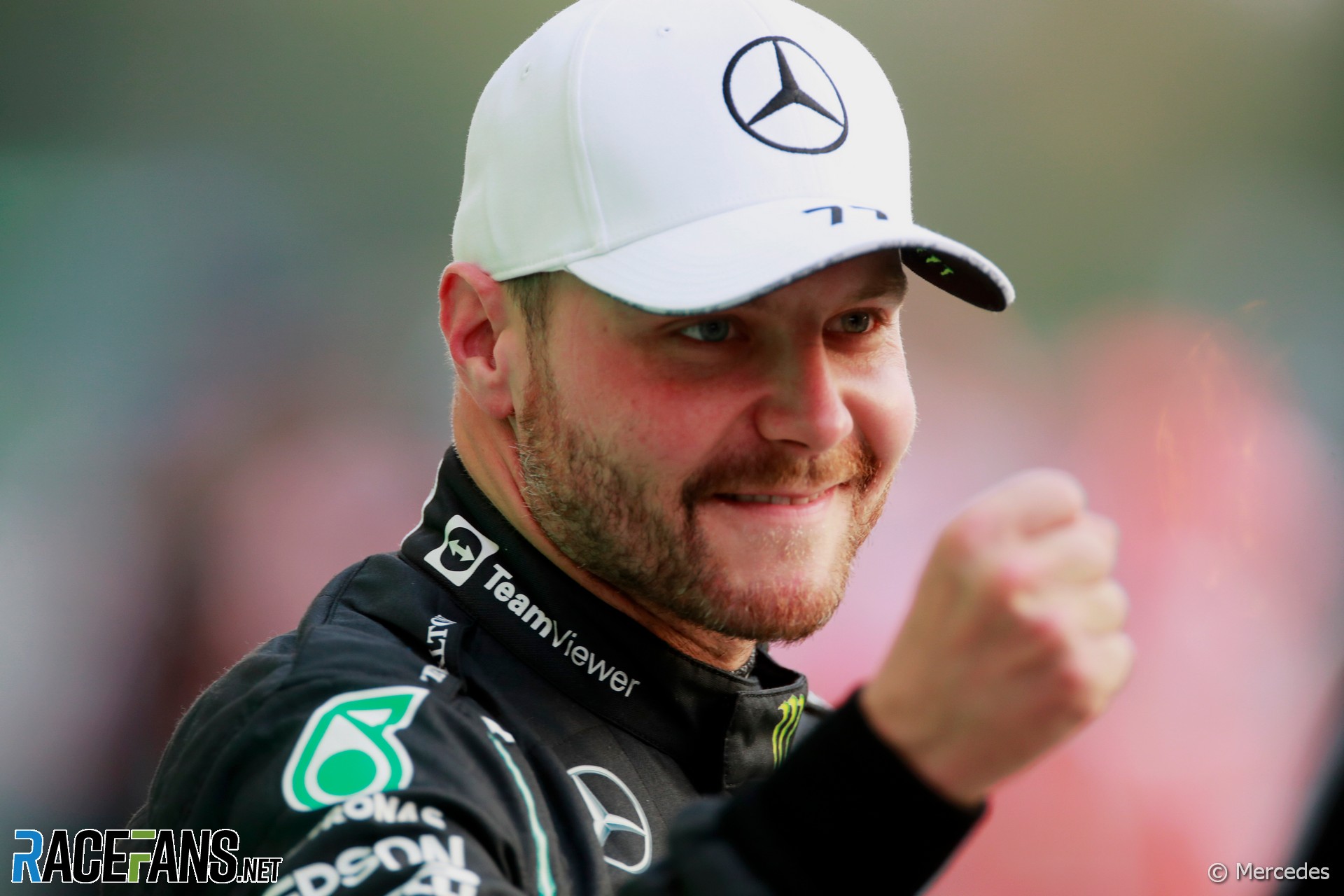 In the round-up: Valtteri Bottas is eager to sign off his Mercedes career with more wins and isn’t concerned by the form of his future team.

Valtteri Bottas, who will move to Alfa Romeo next season, says he had no concerns over given the team’s current results which have left them ninth in the constructors championship standings.

“But next year is different cars and everything. So I’m obviously more hopeful than what the results are now.”

With just seven races left alongside Lewis Hamilton at Mercedes before leaving the team, Bottas is determined to add to his haul of nine career victories.

“I want to win,” he said. “I want to win and also I really want us to get the fifth constructors title and obviously, if it’s not me winning the championship, I want that to be Lewis. For me, individual race results. That is still the big motivation for me.”

Mercedes technical director Mike Elliott said Hamilton’s loss of places at the start of the Russian Grand Prix was due to him playing it safe with title rival Max Verstappen starting outside the points. From fourth on the grid Hamilton backed out of a run on pole-winner Lando Norris on the way into turn two, falling to seventh.

“As is a consequence of that, Lewis had to make a decision: Does he try and fight for that inside line or does he brake and make sure that he is not involved in a first corner incident? You’ve got to bear in mind in Lewis’s mind his main protagonist in the championship is right at the back of the grid.”

W Series CEO Catherine Bond Muir told RaceFans that although the championship was glad to be back racing, with strong competition, she felt “truly ambivalent” over a season in the restrictive support paddock rules.

Since W Series has been running alongside F1, it has been subject to the same rules as Formula 2 and 3, with no guests allowed in the support paddock. Although VIPs, media and other attendees have returned to F1’s areas of the track, they are not permitted for the junior series.

“It creates excitement and interest. It shows that it’s very, very competitive, that we don’t have just one runaway winner.

“Obviously working in a Covid environment, we weren’t used to it last year. But I hear from everyone in Formula 1 that it’s even more difficult working in this year. It definitely is is very challenging, from my point of view.

“It’s an enormous shame that we haven’t been allowed to have guests at our races because obviously we can’t because we are in the red zone in a support paddock. And that is important to get those guests in, to try and do commercial deals.

“We still have got a lot of interest. But I think when people come to our races, that is when people really fall in love with W Series because they see it properly. So, as I say, it is a game of two halves really.”

Circuit of the Americas launches NFTs

The Circuit of the Americas has joined other Formula 1 parties – including teams and the championship itself – in working with non-fungible tokens to sell or auction images. Two NFTs will be produced, both 360-degree panorama shots of the circuit, one from the start finish line and one from the circuit viewing tower, both of which will be auctioned as ‘single press’ – making them the only ‘true’ versions of the image files.

A crazy stat I just stumbled upon: 🤯@LewisHamilton is both the second-youngest F1 world champion of all time and the 13th oldest too.

It has been 30 years since the last #DetroitGP on the streets of downtown Detroit. The race returns to Belle Isle June 3-5, 2022 while event organizers have begun exploring a possible return to a #Detroit street circuit beginning in 2023. pic.twitter.com/uui4G8DmVG

When you win the @IndyCar Championship, you earn the right to take whatever car you would like across the bricks to celebrate. @AlexPalou picked one unique ride for his victory lap! 🐔 🚗 #INDYCAR | @CGRTeams pic.twitter.com/t3jd2clPrk

Say hello to the @LNRacingKart! This is a project I've been working on with OTK for the last year and I'm super-proud to say it's now here. pic.twitter.com/9gLXuqJkVX

"I don’t really see a whole lot of opportunities (in IndyCar for 2022). If it’s not with Larry, I’m probably going to have to be somewhere else in a different series."

"It’s therefore likely that the amended circuit will see cars exit Turn 14, negotiate the kink at the current Turn 15 before then straight lining through to what has been Turn 20. It makes for a similar but slightly shorter run than from Turns 5-7 along Raffles Boulevard and opens up the potential for another DRS zone."

"The official, speaking on condition of anonymity, said organisers were 'racing against time' and working 'round the clock' in the Red Sea city of Jeddah."

"Both Charles Leclerc and Carlos Sainz have delivered some great results for Ferrari, with the former scoring two top-five finishes in a row. This fantastic form has meant Leclerc’s Racecraft and Awareness both rise by one. Sainz’s Awareness, Racecraft and Pace all go up one too, leading to an Overall Rating increase from 87 to 88."

With big changes set for F1’s regulations next year, Dan Rooke sees an opportunity for a change in the pecking order between the teams:

I can’t help but think that the team with the best early advantage next season will be the one to have found the best loophole and meet the regulations in the most innovative and creative way.

The power units seem to have a level of parity now, some teams have stronger line-ups than others – the greatest unknown is who will interpret the technical regulations with best the engineering ‘artistry’ to have something nobody else thought of.

Engineering excellence and innovation is at the heart of F1, it’s a team sport, I can’t wait to see next year’s cars!
@Geekzilla9000

Happy birthday to Tyanne and Jamiejay!

A selection of RaceFans’s top reads from last month which you might have missed:

Get the best of our motorsport coverage after every F1 race in your inbox – sign up for the free RaceFans email Newsletter: