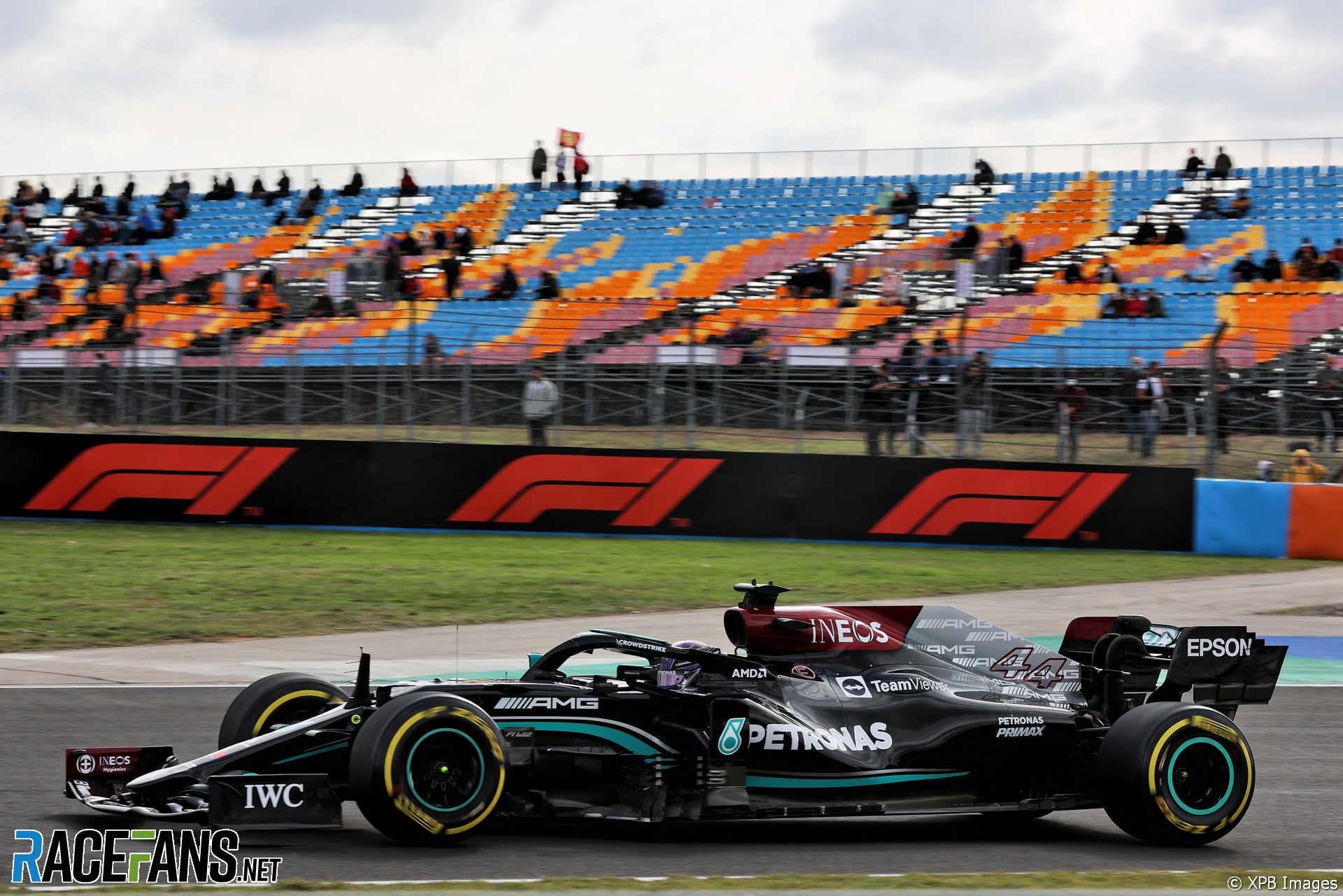 Lewis Hamilton says he’s making no concessions to his grid penalty in his approach to qualifying for the Turkish Grand Prix.

The Mercedes driver will start 10 places lower than he qualifies for this weekend’s race as his penalty for exceeding his maximum allocation of engines.

After heading both of Friday’s practice sessions, Hamilton said he will approach qualifying as usual in order to start as close to the front as he can after his penalty.

“I need to be on pole to limit the loss,” he said. “And then of course I need to understand the car to be able to do the best in terms of long run.

“So I’m just trying to find the right balance. It’s no real difference, I would say, to any other weekend.”

Ferrari’s Charles Leclerc lapped within two-tenths of a second of Hamilton’s best time in the afternoon session. Hamilton suspects they will put up a tough fight on Sunday as he tries to move through the field.

“They’re going to be hard to pass,” he said. “As are Renault and McLaren. They seem to be improving more and more through the year.

“I don’t know where that’s coming from, whether they’re bringing upgrades, I don’t know, it’s not really my focus. But it’s good to see them getting stronger and I hope that they’re strong next year.”

Hamilton broke the 16-year-old track record in the first practice session at Istanbul Park. The track surface is “much, much different” compared to last year and giving drivers grip more like they had at its previous race in 2011, Hamilton said.

“Last year it was a brand new surface and I think the oil came up from the bitumen or whatever it is. They cleaned it off, supposedly, before so I didn’t really know what to expect when we went out there today.

“But geez, there’s so much more grip than we’ve ever had before. It’s intense how much grip there is out there, which is awesome. So it’s made it much, much more enjoyable to drive, much more like it was before.”