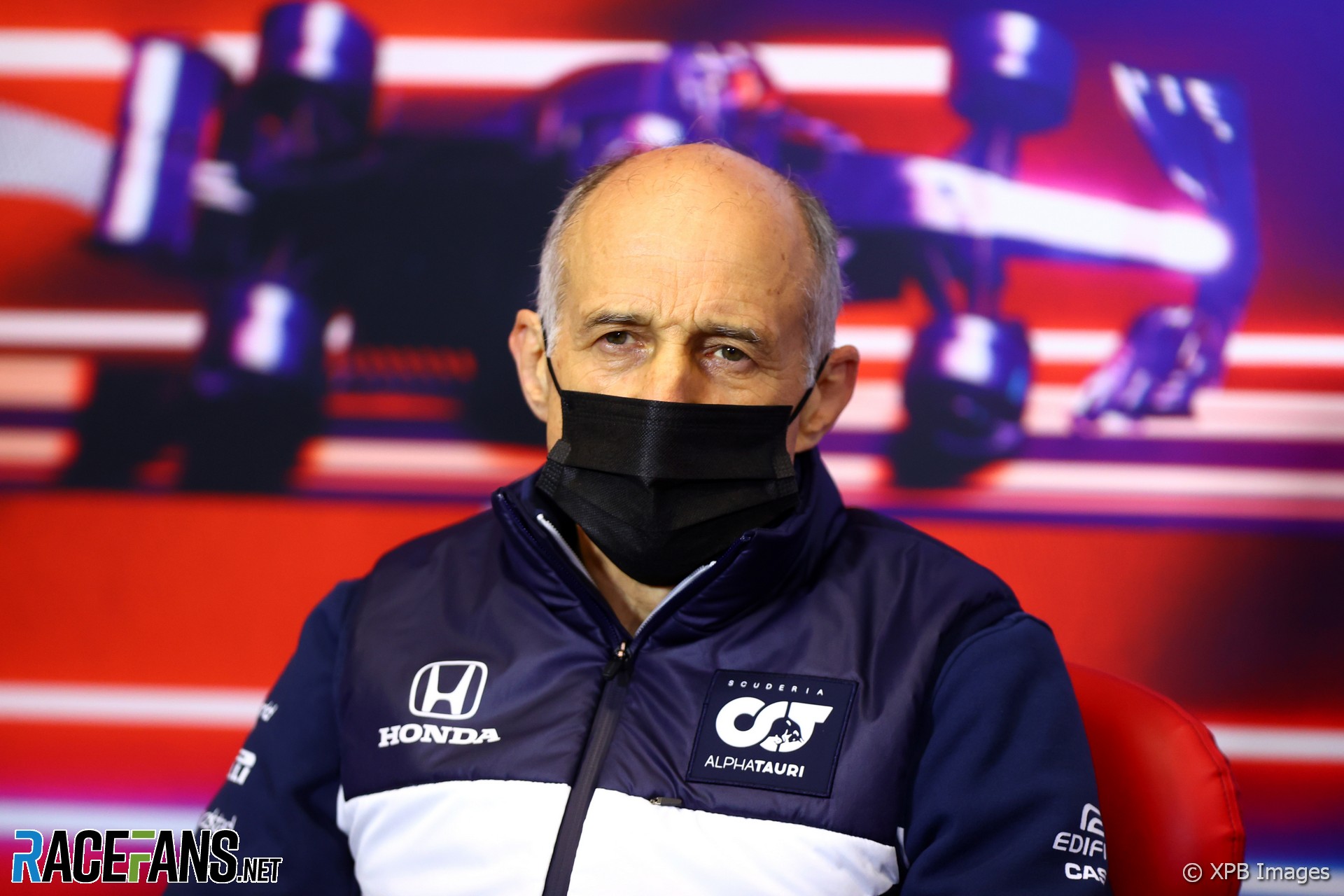 He said the long calendar was a “good job” from FOM and he is “looking forward to it” next year.

“We are a race team, they all should be happy that we have as many races as possible,” said Tost.

Concerns have been expressed over the growth in the F1 calendar, as well as the series’ plans to compress next year’s schedule to ensure it finishes before December, and the effect that may have on staff.

“Of course, we take care for the people,” said Tost. “For example, the mechanics, after a race weekend they have three days, four days off where they can stay at home. And also press and marketing. That means all the people which are at the race track have some free days after the race weekend.

“For engineers it’s a little bit more difficult. But also if I remember back in former times they had to go after a race weekend to tests, which means that they also had to work there.

“I think we all should be happy that we are in a position to be in Formula 1 and to have 23 races. And if someone doesn’t like it then he should go.”

Ferrari racing direct Laurent Mekies said F1 has “a great calendar” planned for next year but conceded his team will need to put provisions in place to take car of race staff.

“We are building, season after season, a programme for the race team in order to stay in the best condition possible,” Mekies explained.

“You add items after items. So you start from the physical aspect and then you go to the nutrition aspect. And then eventually we are also looking at the mental aspects, to make sure that people have a good balance and are staying in good shape and in good spirits.”

Mekies said that F1 teams would “inevitably spend more and more energy on trying to keep their people in good shape for these long calendars” but that the extended schedule was “very well embraced by all involved.”

Otmar Szanauer, team principal of Aston Martin, also echoed Tost’s view. “It’s nice that we have 23 countries or 23 races that want us to come and compete and showcase Formula 1,” he said.

Nonetheless, Szafnauer said teams “have to be mindful of all the people that travel, the mechanics and the engineers.” He said Aston Martin had “put operations in place both back at the factory and at the race track to make the travel as comfortable as possible for them, including sometimes rotating people and some other organisational changes back to the factory, such that the factory will do more of the jobs that mechanics traditionally did at the track.”

“We look after them, including any mental health issues,” said Szafnauer. “We have a travelling doctor as well, with us, so we look after best we can.”

67 comments on “Tost defends F1’s 23-race calendar: ‘Anyone who doesn’t like it should go’”