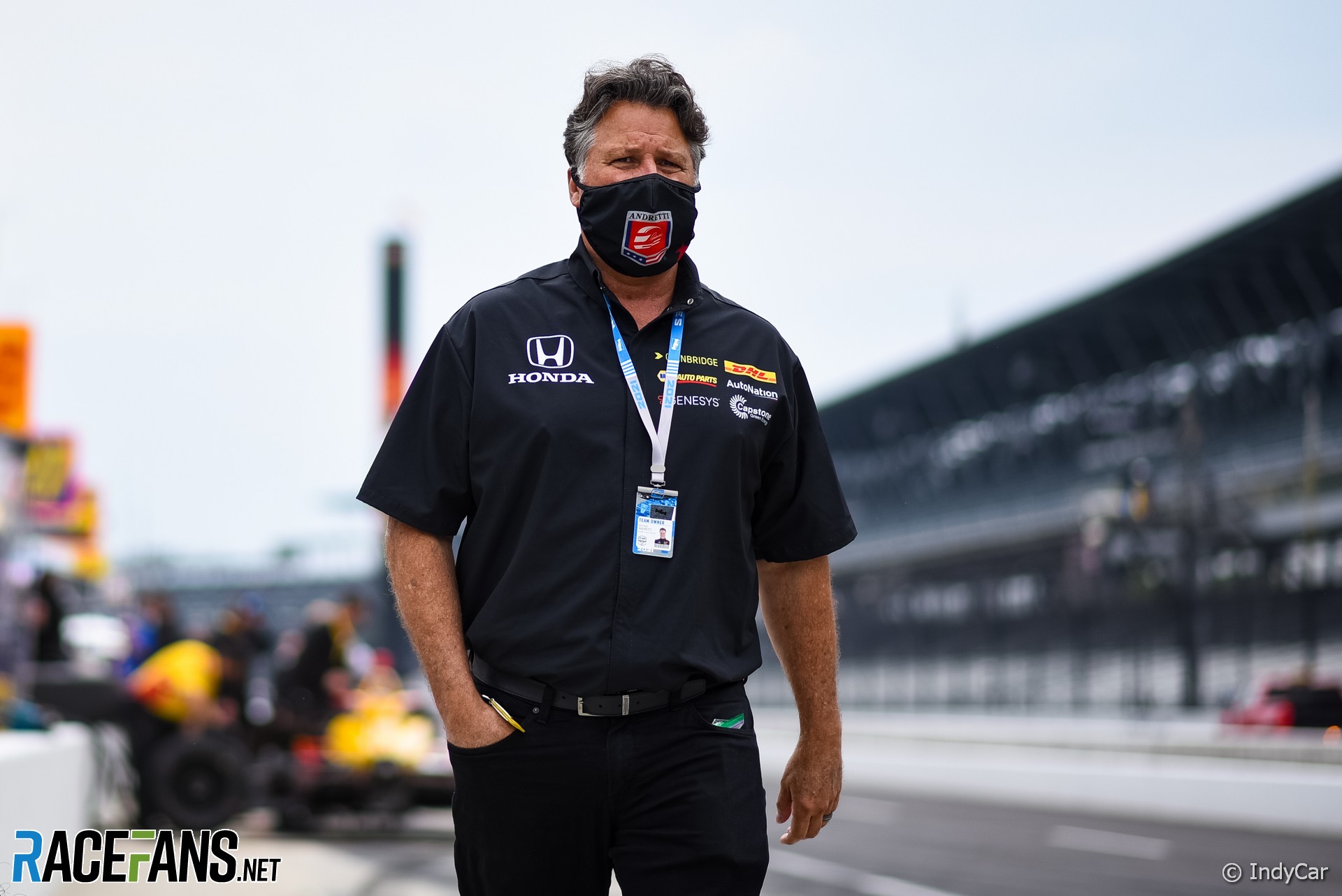 Michael Andretti has long planned to take the name of American automobile racing’s first family into Formula 1. In August 2018 it emerged that his group had submitted an offer to acquire Force India as a going concern, although the bid was rejected on account of being too light.

His keenness to take the family name into the sport’s top echelon is easily understood. Both Michael and father Mario are ex-F1 drivers, the latter crowning his career as 1978 F1 world champion, having also won the Indycar championship, Indianapolis 500 and much else besides.

Though Michael Andretti’s F1 career was less celebrated – he bailed out of his sole season with McLaren before his 1993 campaign was over – he was also an Indycar champion and racked up 42 race victories.

As a team manager he has been even more successful. Andretti Autosport competes in international categories ranging from IndyCar and Formula E through Supercar V8s to Extreme E, the last two series in conjunction with Zak Brown who is also, of course, McLaren Racing’s CEO.

F1’s US-domiciled commercial rights holder Liberty Media has long planned to grow interest in the sport in North America through the addition of further grands prix on the continent – hence the addition of Miami to the 2022 F1 calendar. An further US team alongside Haas and the presence of a local driver (or two) would obviously aid Liberty’s quest – particularly should the Andretti name and brand be involved.

Thus, it was no surprise when credible sources on late Thursday advised that Andretti was closing on a deal to acquire 80% of what is known as Islero Investments AG, the holding company for the Sauber group of companies, which runs the Alfa Romeo-branded F1 team. The Sauber group is itself a division of Longbow Finance SA – the Rausing family (of Tetrapak fame) investment vehicle. Indeed, one of our sources stated that the deal was “80% done”.

Clearly an 80% deal is no firm deal, but what makes the matter credible is that paddock talk has long had it that Longbow discreetly put the team up for sale – in whole or in part – primarily because the F1 outfit does not fit Longbow’s investment profile. That said, Finn Rausing, who controls Longbow, is said to be an ardent follower of the sport, so would enjoy peripheral involvement.

Longbow stumbled into F1 team ownership in 2016 by accident. The fund backed Rausing’s Swedish compatriot Marcus Ericsson at Sauber, and when the team over-extended itself via a series of management blunders Longbow stepped into the breach, eventually converting debt to ownership. Longbow became a reluctant team owner, and packaged Sauber as Islero for ready sale.

When RaceFans requested comment from Andretti Autosport about the potential purchase a carefully crafted statement was provided, repeated here in full:

“As is no secret, Formula 1 has been of interest to Michael and the team for some time. We’ve explored and come close on many options over the years, but we have nothing new to report. Our passion is racing, in all forms. Should a proper opportunity come along to take the Andretti name back to F1, we’d jump at it. But as of now, that opportunity has not fallen in our laps and our focus remains on our seven current disciplines of competition.”

The fact that there is “nothing new to report” does not mean there are no behind the scenes discussions – nor is this a flat denial that negotiations are currently taking place. Equally, “Should a proper opportunity come along” is a rather broad statement – after all, what is “proper opportunity” in F1 terms? Price? Control? Location? Facilities? As for it “coming along”, it may just be Sauber…

Then, the interested party could be Michael in his personal capacity or as Andretti Autosport or even Andretti Acquisition Company, an investment vehicle formed by Michael in March this year. However, a spokesperson for AAC on Friday told RaceFans that AAC had no involvement in any Sauber talks. But there is no reason why that could not change in future.

Still, apart from sentimental reasons why would Michael Andretti be interested in F1? As many a motorsport entrepreneur has discovered, it is generally the quickest way of losing fortunes rather than making them.

But circumstances have changed under Liberty. F1’s new technical and financial regulations are designed to close up the field and budget caps reducing the costs of competing.

First, F1’s prize money structures have changed, with independent teams likely to earn around $10 million (£7.35m) each per year more than previously. Growing the sport’s global profile should make sponsor acquisition easier – particularly in the USA.

F1’s television ratings in the US have recently seen the largest ever growth, while its Netflix series Drive to Survive has introduced an entirely different demographic to the sport. Andretti, or any other US-based team for that matter, could benefit hugely from Liberty’s initiatives.

Sauber offers superb facilities. BMW, which owned the team from 2006 to 2009, invested heavily. It has a long-term branding and sponsorship deal with Alfa Romeo in place – team sources told RaceFans it runs to four years with options – in turn meaning that Andretti would effectively be walking into a race-ready operation, albeit one with plenty of headroom.

Finally, there is the emotional side: Sauber is closely aligned with Ferrari, running Maranello-supplied powertrains. Mario, of course, won his first grand prix (in 1971) with the Scuderia, 10 years later raced under the red and white of the Alfa Romeo F1 team, and finished his grand prix career with the Scuderia.

Michael recently revealed that in 1992 – ahead of joining McLaren – he had been offered a Ferrari F1 drive, although a Ferrari source told RaceFans it was more an enquiry than an offer. Still, lesser factors are known to have swung deals, so the emotional angle cannot be underestimated.

None of the foregoing guarantees a deal between Sauber and Andretti has or will be cut. These factors merely illustrate why it could be cut and what the advantages are to both parties: Andretti gets a funded, turn-key operation, one with contractual motor manufacturer support similar to the deal he enjoys with BMW in FE and Longbow exits F1 while Rausing remains involved via a 20% interest.

Should the deal come to pass the ideal timing of the announcement would be during the United States Grand Prix – two weeks hence. Other F1 deals have been cut faster.