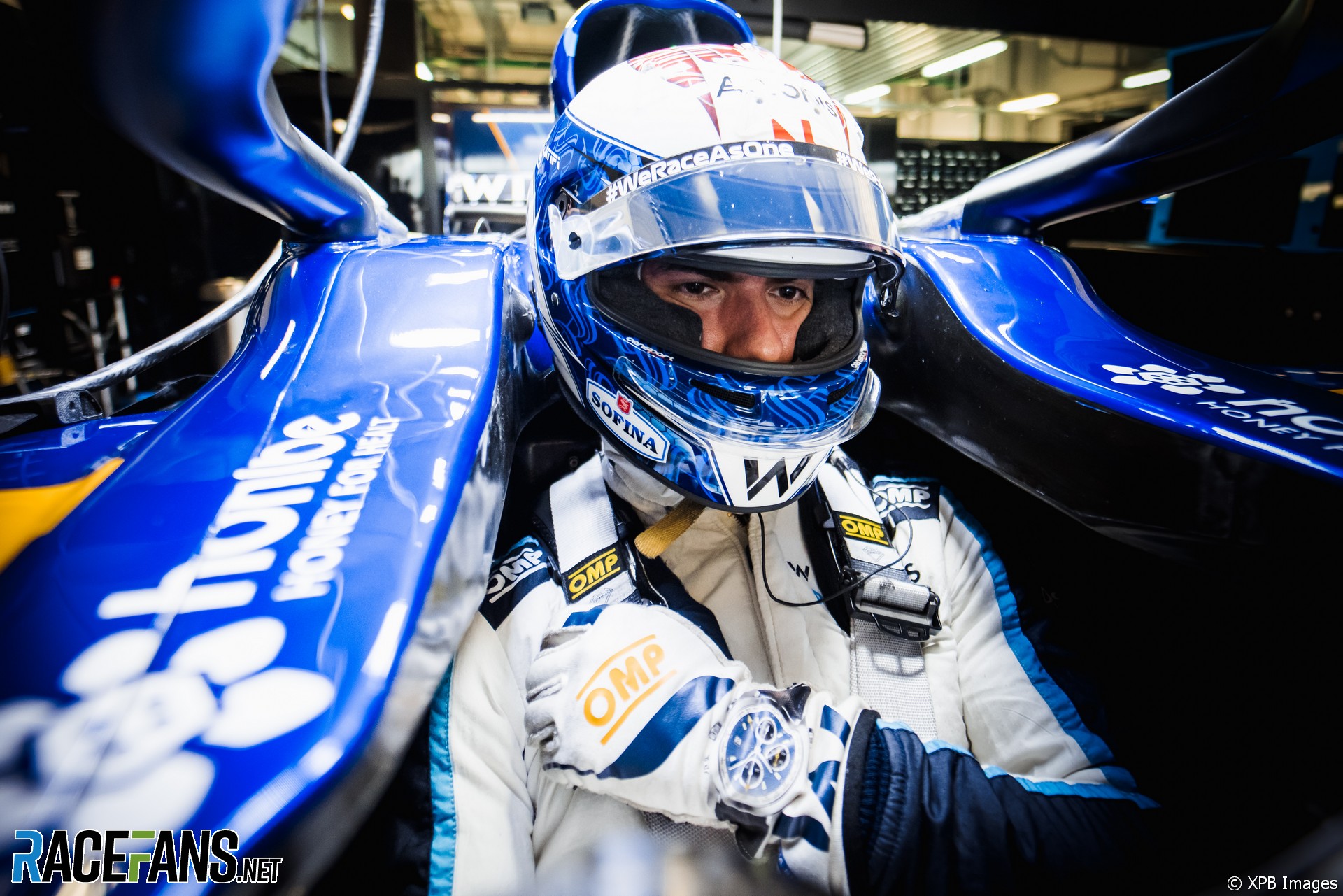 In the round-up: Nicholas Latifi is benefitting from experience and a much improved car in his second season of Formula 1, says his team.

Williams’ head of vehicle performance Dave Robson says Latifi has made considerable progress in his second year of Formula 1, with a considerably better chassis underneath him.

“He’s got a good group of people around him and they’ve really started to gel and work really well together, which has probably take a little bit of time as it always would. And actually, this car now is so much better than it was 12 months ago, that gives him an opportunity, I think.”

But Latifi has suffered some misfortunes in recent races, Robson explained. “Every weekend there’s been something different, that’s really just been a little bit unfortunate. So he hasn’t been able to bring it all together yet and show what he really can do relative to George. But I think that is only a matter of time.”

No “brand new chapter” in F1 for Briatore

A social media post featuring F1 CEO Stefano Domenicali and Flavio Briatore promising “a brand new chapter” for the championship does not signal a return to the sport for the former Renault and Benetton team principal, RaceFans understands. The video, in which Briatore declared F1 would see “new energy, new power, new excitement”, was intended as a joke.

Pierre Gasly is launching his own series of non-fungible tokens (NFTs) for sale. NFTs are unique digital items exchanged using cryptocurrency, which has drawn criticism for the significant amount of energy required to process a transaction.

The AlphaTauri driver’s NFT offering includes tokens which can be used to redeem a race-used helmet, opportunities to meet Gasly and others. The auction begins today, with some NFTs given starting prices of over $6,000 (£4,350).

#F1 #IndyCar: Multiple people have told me over several days that Andretti has tried to get a car for @coltonherta to run in first practice at COTA on Friday.

As of the typing of this tweet, no deal has been done and Andretti camp has declined to comment.

This is big!!! A group from Vegas is heading to Austin, Texas this weekend to explore the idea of bringing an @F1 race to Vegas as early as 2023. That’s big time racing #Formula1 near or on the strip. Wow!! More details coming #8NN pic.twitter.com/WZ44nI69Iw

We announced a few weeks ago that Toto’s LaFerrari Aperta was now sold, it’s off to its new owner but not before we had the man himself sign it for the new custodian! Thanks Toto#LaFerrariAperta #TotoWolff #KeepingOurClientsHappy #CustomerService #GoingThatExtraMile #TeamTHJ pic.twitter.com/op9ErPrnJL

In 2005, #ColinPowell drove the @TeamChevy @IMS #Indy500 pace car. I was asked to give him a tour of our garage so he could see a car up close. Super cool memory from my @PantherRacing days! @CoachJim4UM @FastCar407 & @griffindy joined me! RIP General. pic.twitter.com/HmjCD5nnDu

Fernando also says 'perhaps Ferrari wasn't ready to have a world champion in the cockpit' when he and Vettel drove for them."excerpt"

'Space is the limit': Formula 1's CEO talks about expanding races to other American cities ahead of US Grand Prix (CBS)

"While Domenicali said it was 'unfair' to give Netflix all the credit, he acknowledged the streaming giant's hit show gave the sport 'a big boost' among younger viewers. "

Albon: The role of the sim driver (Red Bull)

Sprint qualifying itself may have added little to the spectacle, but is Domenicali right that there something to be said for the revised race weekend format?

I’m not fully convinced on just how much the teams are disadvantaged by having one less practice session, but if it gives more chance for teams lower down the field to shine, then I’m cautiously onboard.
@MarinatedMonolith

Get the best of our motorsport coverage after every F1 race in your inbox – sign up for the free RaceFans email Newsletter: