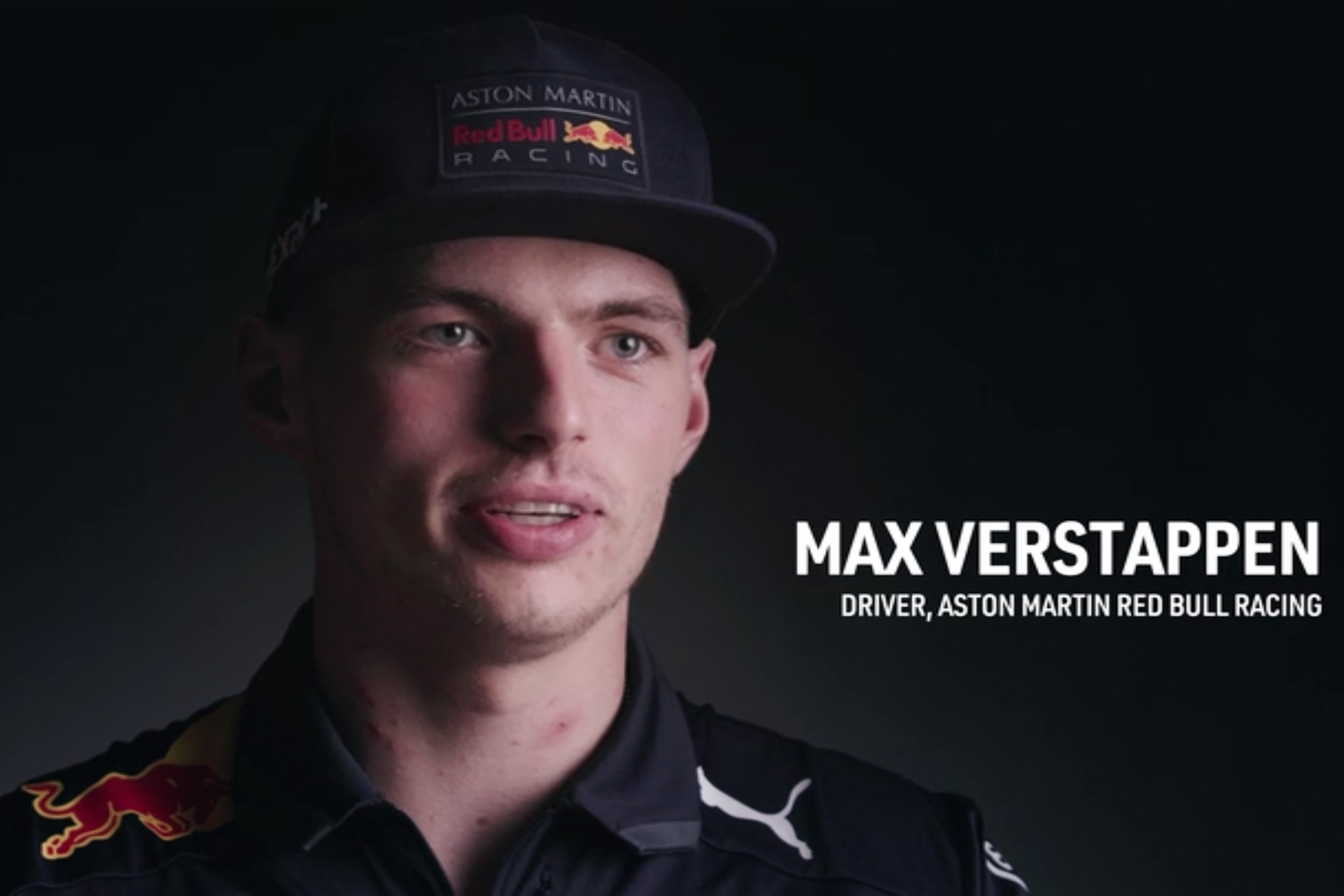 The ‘Drive to Survive effect’ has been widely credited for the vast crowd which descended on the Circuit of the Americas for this weekend’s United States Grand Prix.

But not everyone has been as complimentary about the Netflix series, which began in 2019 and is widely regarded as the key to F1’s apparent growth in popularity in the USA.

Before the race weekend began Max Verstappen revealed he hasn’t co-operated with the programme-makers since the first season, which followed the events of the 2018 championship, because he felt its portrayal of him was inaccurate.

“I understand that it needs to be done, especially to boost the popularity here in North America just to get people a bit more of an insight about Formula 1 because normally you don’t really get that,” he said.

“But from my side, as a driver, I don’t like to be a part of it because you do interviews and you don’t know what it’s going to be used for. So, for example, in my first year I gave interviews but, of course, when I watched the series I know when I said these things and then they use it on a different kind of footage, they would fake a lot of stuff.

“For me that – as a driver, I don’t look at it as a fan – I think that’s not correct. But I understand as a Netflix show, they want to make it more dramatic for people and make it look like this epic kind of battle. Where sometimes they faked a few like rivalries or whatever which, they don’t really exist.

“So I decided to not be a part of it and I didn’t give any interviews after that anymore, really, just because then there is nothing to show. There is nothing they can fake about you.”

Verstappen had indicated his displeasure with the first season of Drive to Survive previously. Early last year, shortly before the second season launched he claimed the programme did not show “the real me”.

“The problem is they will always position you in a way they want, so whatever you say, they will try to make you look reckless or trying to make you… whatever fits the story of the series.”

What did Netflix show in the first season of Drive to Survive which prompted this reaction from Verstappen?

Drive to Survive was one of the first broadcasting innovations announced by Liberty Media after it took over the sport in 2017. But not everyone was convinced: Title rivals Ferrari and Mercedes refused to allow the series producers access to their team during the first season, a decision they reversed for the second.

Therefore the only team Drive to Survive had access to in 2018 which won a race that year was Red Bull. Daniel Ricciardo won two of the opening six races, while Verstappen added wins later in the season in Austria and Mexico.

As RaceFans’ review of Drive to Survive season one noted, Verstappen was treated less sympathetically than his team mate. The grinning, wise-cracking Ricciardo is the first and last face seen in the season.

The narrative followed Ricciardo’s decision to leave the team and indicated his relationship with Verstappen was a contributing factor. It played up Red Bull’s desire for Verstappen to become the sport’s youngest world champion – while also showing team principal Christian Horner denying that in a conversation with Ricciardo’s father.

Verstappen and Ricciardo featured prominently in the third episode, ‘Redemption’. This covered the collision between the pair at the Azerbaijan Grand Prix – “I was made to feel guilty” says Ricciardo over a slow-motion shot of his unsmiling team mate – and Ricciardo’s victory two rounds later in Monaco, where Verstappen ruined his chances by crashing his car during practice.

Several portions of interviews with Verstappen appear in this episode, though nothing especially contentious. At the end of the episode he describes how he felt like taking his frustration out on Red Bull’s Energy Station motorhome.

“I should have won that race,” he told the Netflix crew. “Seeing the whole team happy, it’s hard, because you’re standing there, you have to try and smile and be happy because the whole team is happy but for me it was definitely the worst moment and I was really not happy. I could literally break down the whole Energy Station by myself.”

Verstappen doesn’t reappear at length until the final episode of the series, which features some more contentious moments. ‘Crossing the Line’ features the collision with Esteban Ocon which cost him victory in the Brazilian Grand Prix, Ricciardo’s final race for Red Bull in Abu Dhabi, and a curiously edited closing sequence involving Verstappen and several other drivers.

The Interlagos incident was widely covered at the time: The lapped Ocon knocked Verstappen into a spin which handed victory to Lewis Hamilton, following which the Red Bull driver confronted and repeated shoved his rival in the pits, for which he was punished by the FIA. “He was being a pussy” Verstappen explained, as reported at the time.

What Drive to Survive added to the coverage of that incident was an overheard conversation between Verstappen and Ricciardo at the following race, the Abu Dhabi season finale, in which Verstappen explained his reaction.

“I said at one point he should understand my reaction after. If he could hear what he said to me on the scales because he basically started laughing at me and then he was like ‘I was faster than you, I wanted to overtake you’. He didn’t even like apologise for the crash. That triggered me to push him.”

In Abu Dhabi Verstappen came from behind Ricciardo to finish ahead of him, aided by Red Bull pitting him before his team mate. The voiceover describes Ricciardo being “shafted” by the team in his last race alongside Verstappen.

The season closes with a montage teasing the next season, the driver moves and newcomers. A series of quick shots of Charles Leclerc, Pierre Gasly (Verstappen’s incoming team mate at the time), George Russell, Carlos Sainz Jnr and Lance Stroll introducing themselves is followed by a shot of Verstappen saying: “To be honest, I don’t think they are even close to our level.”

“No hard feelings, I’m just looking ahead to the ones we have to beat,” he adds in another clip among shots of other drivers.

Verstappen hasn’t specified where in the first season he feels he was misrepresented, and without seeing his original interviews for Netflix there is no way to judge. He declined to elaborate on his criticism when asked on Thursday.

However he made it clear his view of Drive to Survive hasn’t improved since he decided to stop giving interview for the programme makers. He indicated he wasn’t impressed with their use of footage of his angry reaction to his power unit failure in last year’s Austrian Grand Prix, and re-using earlier interviews he’d given.

“The last season, I don’t know how many times we switch it back to Austria in terms of footage” said Verstapen. “And then things which had been said in previous years they still use in the last season.

“So as a driver I don’t like it. I’m anyway not really just really a dramatic ‘show’ kind of person. I just want facts and real things to happen.

“But like I said, I understand as a fan perspective and trying to make it more attractive that they do these kind of things. But that’s not for me. I prefer not to be a part of it.”

Verstappen has authorised other documentary makers to profile him, as Fernando Alonso has done with Amazon Prime. That may offer him greater control over the presentation of his image than he has in Drive to Survive.

Several of Verstappen’s rivals were asked about his comments but none raised similar concerns over fakery. They have positive accounts about the success of Drive to Survive and their experiences of being filmed for it.

“I’m fine with it, you can choose a lot of things which almost go in and don’t go in,” said Lando Norris when asked by RaceFans.

The success and popularity of Drive to Survive and its beneficial effect for Formula 1, especially in the vital US market, is not in doubt. But Verstappen isn’t the only person to have made these kinds of criticisms. Some fans of the sport have likewise mocked what they consider its attempts to manufacture rivalries.

The upshot is Drive to Survive has lost the co-operation of Formula 1’s most popular driver, the current championship leader and heir to Hamilton’s mantle as the benchmark among F1 competitors. That’s obviously undesirable.

But it need not take the shine off F1’s great streaming success story. Verstappen will not disappear from the next season of Drive to Survive any more than he has the previous two. The programme makers will continue to receive ample material featuring him from FOM, including his many media appearances.

Meanwhile the stands are packed at the Circuit of the Americas and F1 is expanding its roster of races in America. For the time being at least, Verstappen and Drive to Survive seem not to need each other to be successful.

31 comments on “Which Drive to Survive scenes triggered Verstappen’s accusation of fakery?”