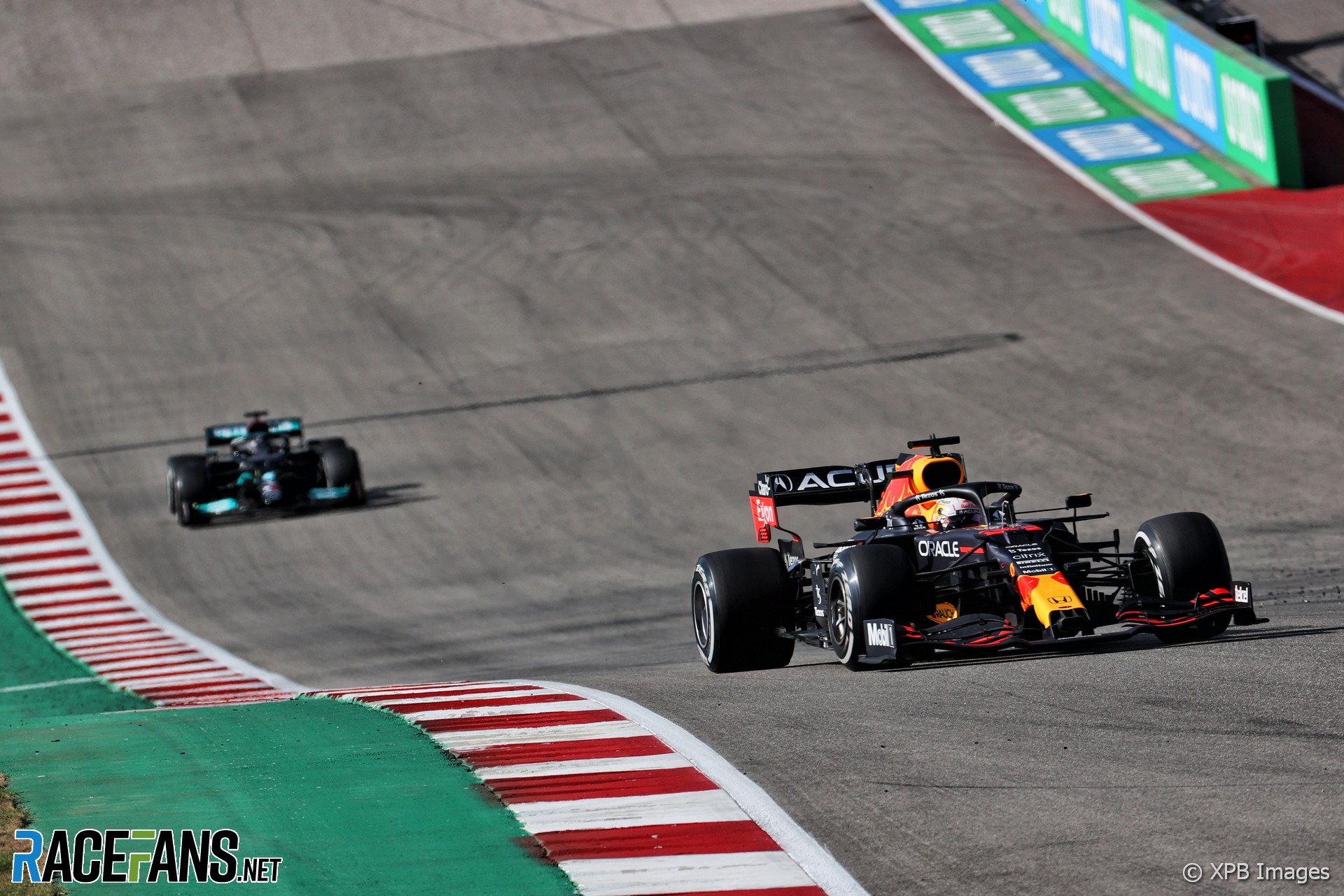 Verstappen had Lewis Hamilton bearing down on him rapidly as he lost precious time lapping Mick Schumacher’s Haas.

Hamilton had been unable to draw within DRS range of Verstappen but when the Red Bull driver lost three-tenths of a second lapping the Haas, the Mercedes drew within range.

“It’s very difficult to factor into your strategy the backmarkers,” said Horner. “We lost a lot of time behind Yuki [Tsunoda] and then Mick Schumacher was quite costly on the last couple of laps.

“I thought that was going to cost us the victory because he held Max through the whole sector. But thankfully we did pick up the DRS on the start/finish straight, which at least gave Max a little bit of breathing room into turn one. But it certainly added to the stress on the pit wall.”

While Verstappen gained the benefit of DRS from lapping Schumacher, Hamilton wasn’t quite close enough to either to do the same, which gave the leader precious breathing space on the final lap.

Verstappen started the race from pole but lost the lead to Hamilton on the first lap. Although the Red Bull was quicker than the Mercedes during the first stint, as reported by both drivers, Verstappen was unable to pass Hamilton.

“I think we were quicker on the medium tyre and Max could see that Lewis was sliding around a lot and we were in danger of overheating our own tyres by just being stuck,” said Horner. “So we decided to take the gamble and bank some free air. It was then going to put us under pressure, for sure, at the end of the race.”

The team prevented Hamilton from running more than three laps longer than Verstappen at his first pit stop by bringing in Sergio Perez for his pit stop, forcing Mercedes to cover off the threat of the second Red Bull.

“Because Mercedes had run long, we were able to push them to change early on in the first stint by getting Checo in as well. But of course, they then had the ability to go long in that middle stint that gave them an eight-lap tyre advantage to the end of the race.”

Horner said Verstappen’s management of the “crucial, final five laps” when Hamilton had a significant tyre age advantage was “a phenomenal performance” and potentially one of Verstappen’s best ever.

Verstappen’s drive secured the team’s first win at the Circuit of the Americas since 2013, in which time Mercedes have taken five wins.

“It’s a big win for us at a circuit which obviously Lewis and Mercedes have been so strong at in the hybrid era,” said Horner.