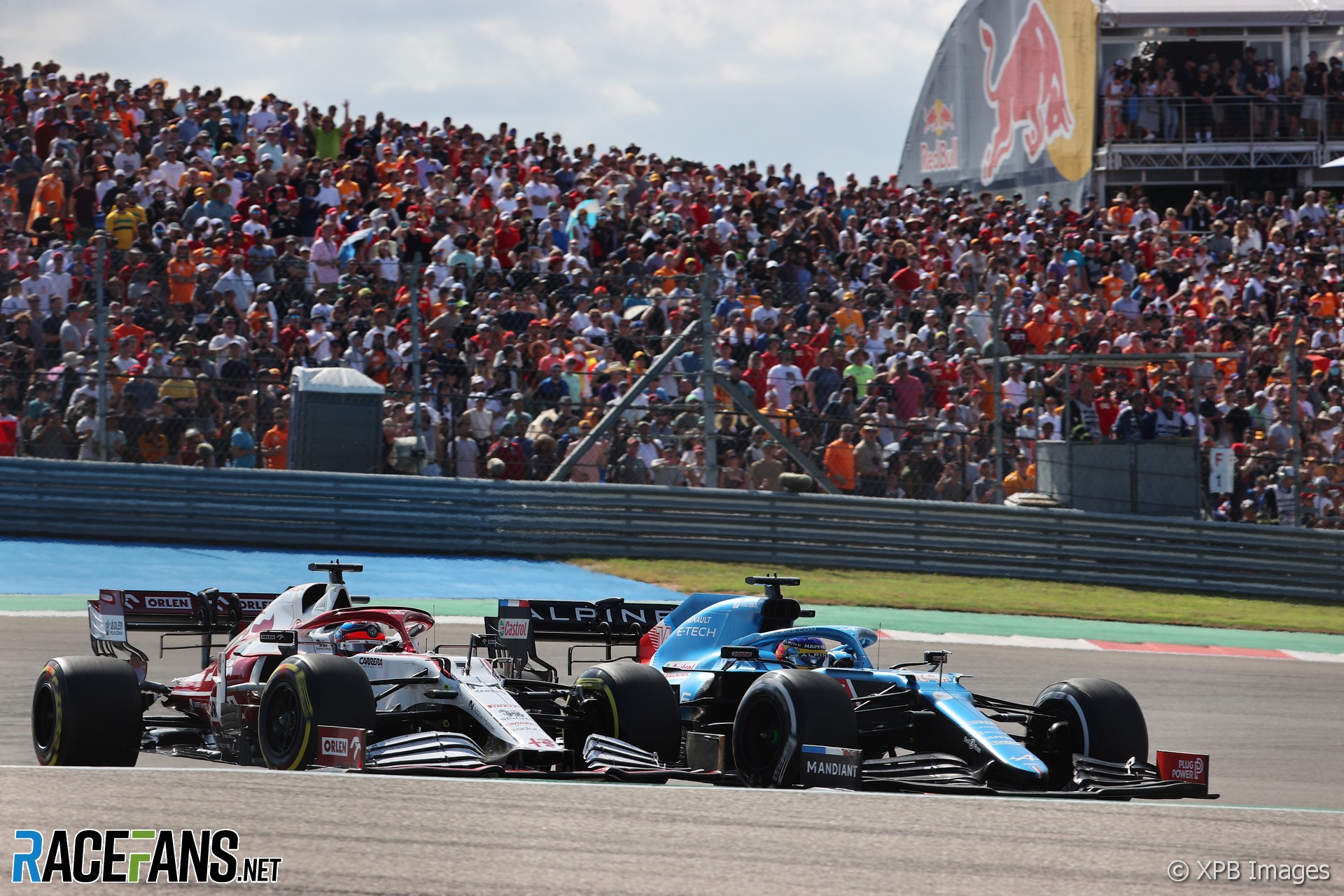 The stewards’ decision not to penalise Kimi Raikkonen for passing Fernando Alonso off the track at turn one was “marginal”, FIA Formula 1 race director Michael Masi has admitted.

The decision infuriated Alonso, who described the stewards’ rulings as “random” after the race.

Masi said he understood Alonso’s frustration over the decision and he intended to raise the matter with drivers at the next race.

“The call with regards to him and Kimi at turn one was certainly marginal,” said Masi. “It’ll be something we’ll have a discussion at the next drivers’ meeting with all drivers about.”

The stewards took into consideration the fact Raikkonen was off-track when he passed Alonso, but also whether the Alpine driver was required to leave his rival more room at the exit of the corner, Masi explained.

“There was two parts to the story, let’s call it, which has been obviously the overtake and looking at the forcing off-track and then obviously the subsequent element of the overtake,” he said. “So it’s something we’ll discuss as a group at the next meeting.”

However Alonso insisted the Raikkonen call was not consistent with other decisions during the race, including occasions where drivers on the inside of corners had forced others wide. The Alpine driver pointed out Carlos Sainz Jnr had run wide at turn 12 on lap one while on the outside of Lando Norris and returned the position (Sainz initially yielded to Norris’ team mate Daniel Ricciardo, who also went off at the same corner, then later allowed Norris through and re-passed him).

Later in the race Alonso went off while passing Antonio Giovinazzi at turn 12 and had to return the position. Giovinazzi subsequently went off at turn 12 while scrapping with Alonso again and this time the Alfa Romeo driver was told to let his rival past.

These incidents all showed the Raikkonen call was mishandled, Alonso insisted.

“So in a way, you always force a guy to go off-track when you brake on the inside. You commit to an overtake and they are on the outside, they need to decide if [they’re] backing off or keep the full throttle off the track, outside the circuit. It’s what Sainz did, Giovinazzi did, I did. And we have to give back the position for sure because you are running full throttle off-track. But Kimi didn’t.

“So that’s why I felt that it was not consistent. I lost like 10 seconds by doing all these things and obviously the point possibilities were gone.”

Alonso started from the back of the grid and believes he had a chance of reaching the points places if he hadn’t retired with a technical problem. He said he was “not too mad” about the stewards’ decision “because it’s only a one-point place and then we had the failure of the rear wing anyway, so it didn’t change our race, arguably. So it’s not a problem.”

A radio exchange between Masi and Alpine sporting director Alan Permane was broadcast during Sunday’s television coverage in which the race director was heard insisting the Raikkonen decision did not mean drivers were allowed to overtake off-track. Masi said he had no concerns over Permane’s questioning.