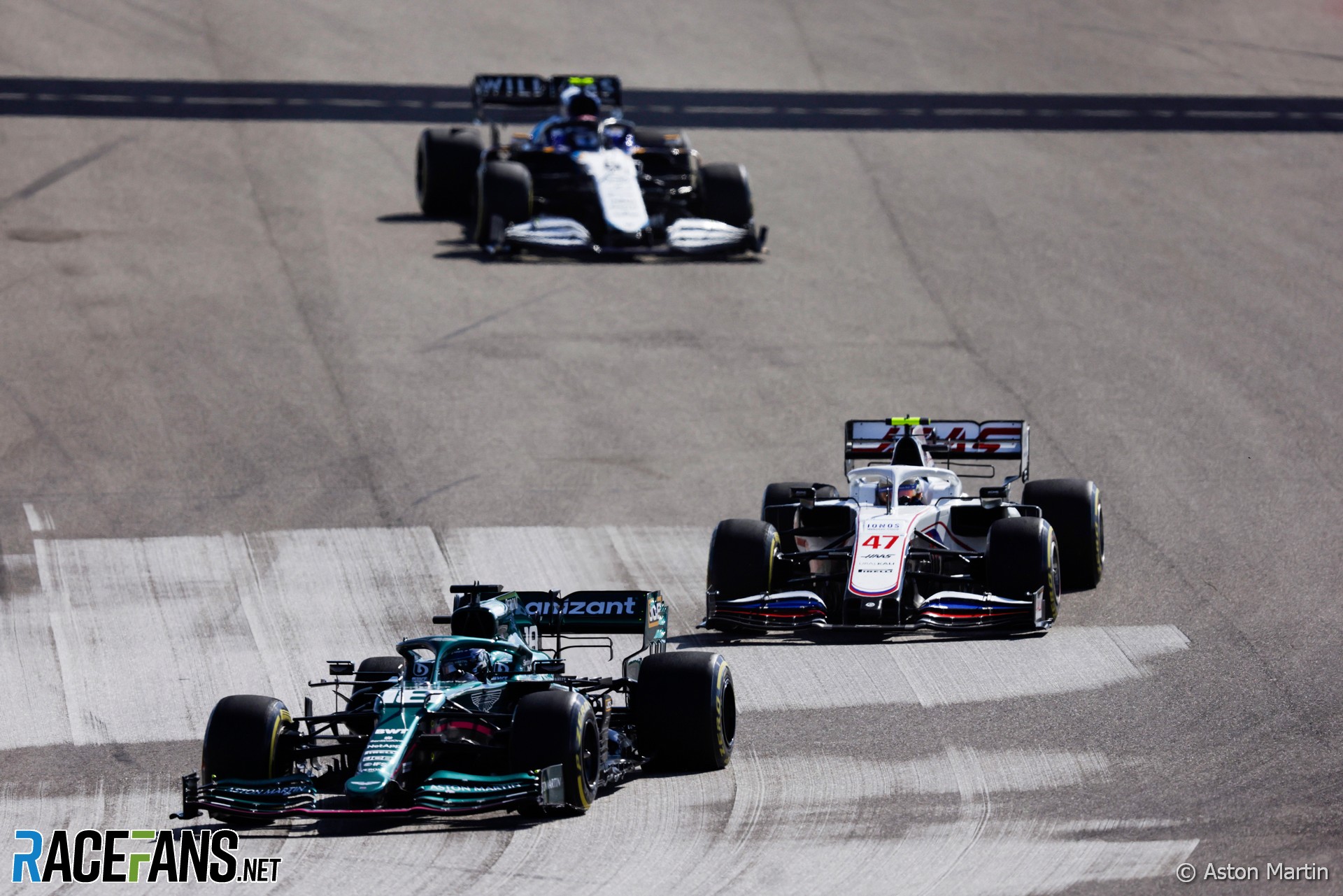 The team’s CEO Otmar Szafnauer said Stroll was “the innocent victim of a clumsy lunge by Latifi at turn one on the opening lap.”

Stroll was spun around in the collision and suffered front wing damage, but the team decided not to pit him in order to save time. “From there, although he passed both the Haas cars on lap two, he was never going to be able to recover to a points-scoring position,” said Szafnauer. “He did his best and ended up 12th.”

Stroll passed Kimi Raikkonen on the final lap but said “the damage was holding us back all race – there we was some front wing damage.”

However Latifi insisted he was unable to avoid Stroll because he had Mick Schumacher on his inside going into the corner.

“A pretty disappointing day,” said the Williams driver. “I think it all came undone with the start, with the incident.

“I was just sandwiched between the two cars when the Haas sent it up inside and it just was at a point way too late in the corner for me to back out of it.

“So there was contact, it damaged the front wing and obviously I had to pit to repair it and make our two stints quite a bit longer which was less than ideal.”

Following his early pit stop on lap six, Latifi went on to finish 15th. “I just really struggled with the tyres to try and keep him in the right window,” he said. “So definitely a race to learn from.”

At the previous race in Turkey Pierre Gasly was given a penalty for colliding with Fernando Alonso at the first corner. The stewards ruled the turn one incident in Austin did not require an investigation.