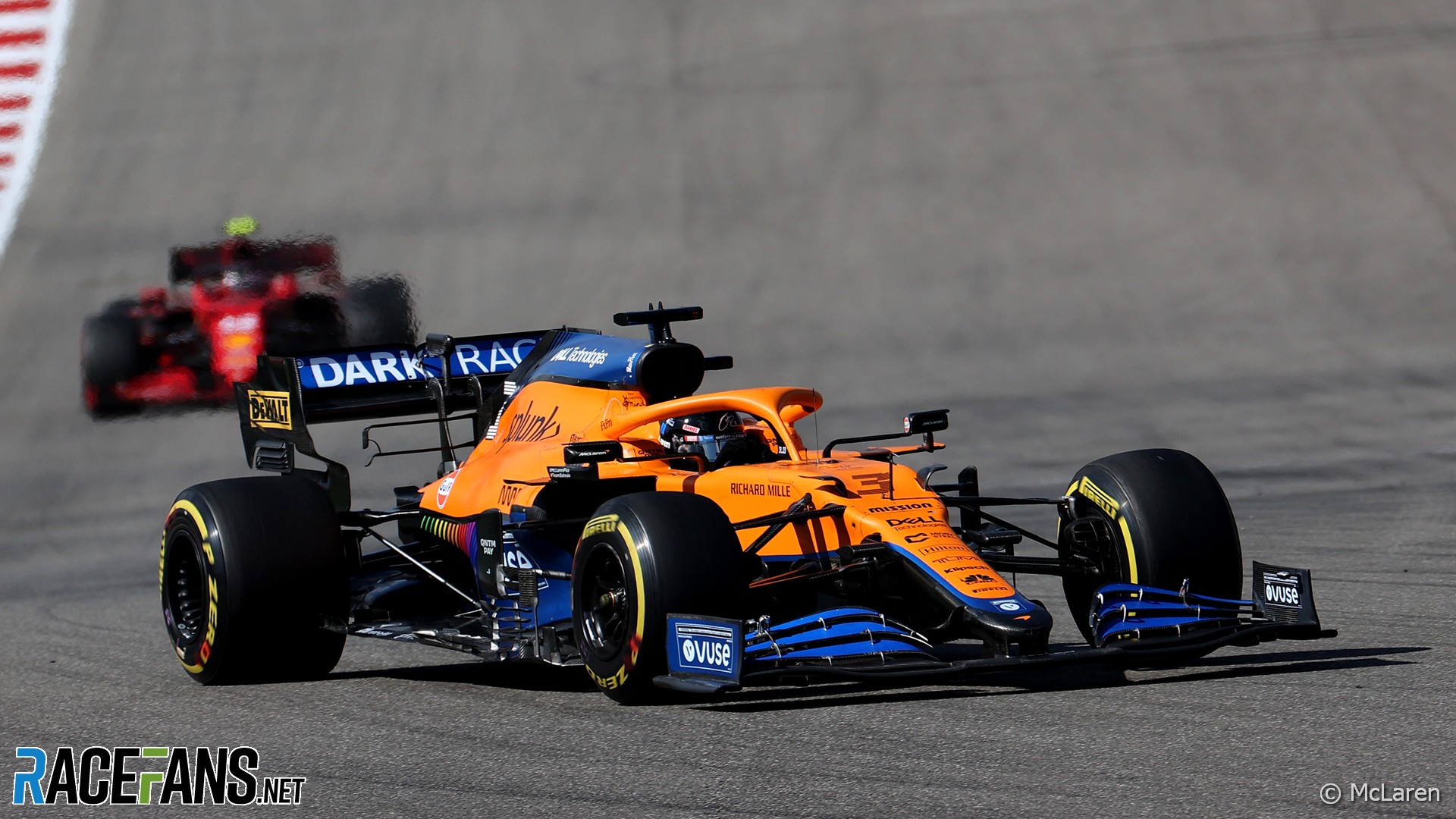 Daniel Ricciardo said he didn’t intentionally collide with Carlos Sainz Jnr when the pair fought for position during the United States Grand Prix.

After the pair banged wheels at turn 13 Sainz told his team “that got a bit dirty” on the radio. “He did that on purpose, guys,” he added.

Ricciardo said his race engineer Tom Stallard advised him Sainz had “some endplate damage” following their contact. “I guess that was from us touching unless he took a kerb somewhere. But I think my car was okay.

“Obviously you don’t deliberately try to go into someone. But that’s a bit of ‘rubbing racing’.”

“When you put yourself on the outside, obviously you’re a little bit more exposed,” he explained. “So nothing was deliberate but I guess it’s the risk he ran by trying the outside.”

Ricciardo made light of Sainz’s criticism on his radio. “That’s cool, I’m happy to be dirty,” he said. “I’m a nice guy, so being dirty every now and then is alright.”

Sainz admitted his comments at the time had partly been an emotional reaction. “He was in his right to do what he did, just the little contact that he gave me I think was avoidable and that’s what triggered my reaction on the radio when we are in a emotional situation,” said Sainz. “Otherwise it was a good fun battle.”

However he felt Ricciardo’s move was “in the limit of the legality” after the pair touched.

Sainz admitted he “would have done exactly the same” in Ricciardo’s position. “Obviously, I wouldn’t have tried to have contact like we had in the end, but the guy in the inside has the right to run the car on the outside out of the road.”