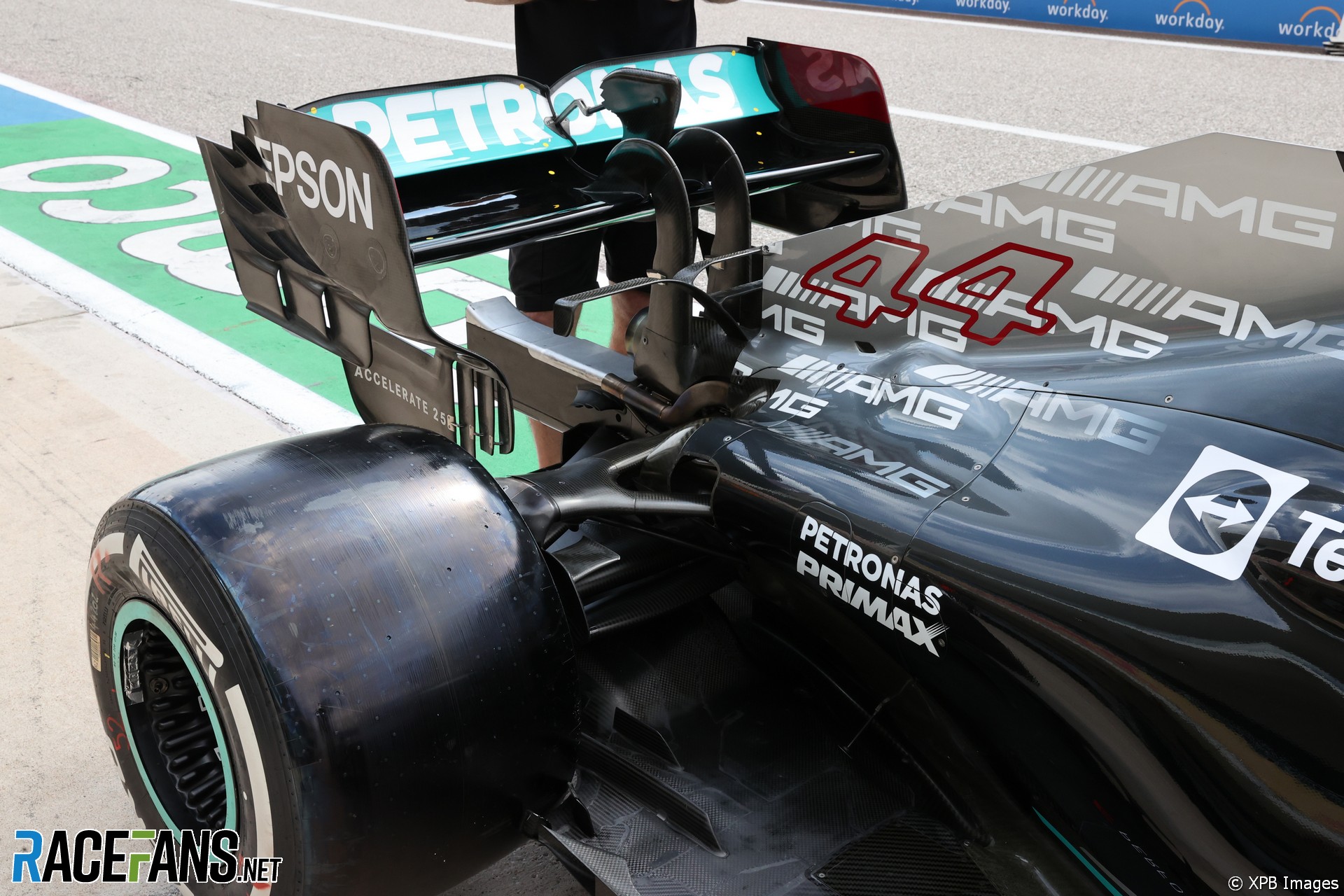 Red Bull team principal Christian Horner is wary of the benefit Mercedes may gain from its novel suspension system.

Footage of the Mercedes W12 lowering itself on the straights during the Turkish Grand Prix prompted speculation the team has perfected a means of stalling its diffuser to boost its straight-line speed when needed.

Mercedes’ strong showing in Turkey suggested the device had allowed them to gain the upper hand in their rivals. But Red Bull led the way at the Circuit of the Americas, where Mercedes did not appear to gain as much from the system.

Horner believes its influence on the car’s performance varies from track to track. “What we saw in Turkey was quite an extreme version of it which that circuit seemed to allow,” he said in response to a question from RaceFans.

“We don’t feel that it is illegal,” Horner added. “It’s something that has been used historically, we’ve seen it with them in the past.”

The system, which Horner believes was introduced before the Turkish Grand Prix, is thought to perform less effectively when the team is not able to use DRS. Horner suggested it will be particularly beneficial at the new circuit which is being built to host the Saudi Arabian Grand Prix in December.

“It will have a greater influence at some tracks than others,” he said. “It was a reduced effect here [in Austin] but somewhere like Jeddah, for example, it could be quite powerful.”

Ferrari team principal Mattia Binotto also said he had no concerns over the legality of Mercedes’ suspension.

“Honestly, I’m not too interested in those discussions,” he said. “We are not really following them.

“I heard about it, I do not see anything wrong or illegal in that and I think even not surprising the way it’s behaving.”