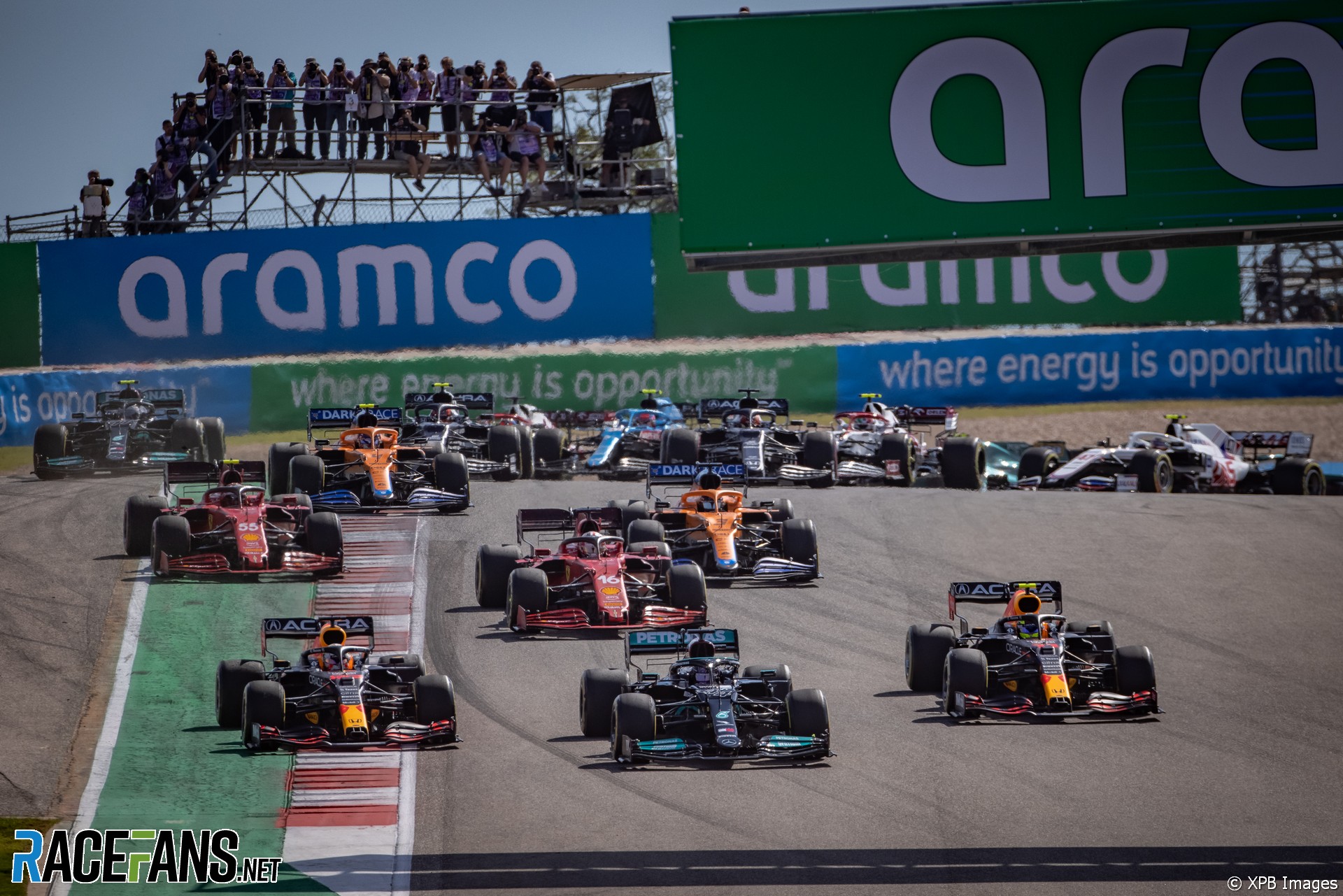 Watching Lewis Hamilton hunting down Max Verstappen over the final laps of the United States Grand Prix was a somewhat conflicting experience.

Of course the prospect of seeing the two world championship contenders getting stuck into each other again is terrifically exciting. But it was tinged with a degree of apprehension, and not just because the pair have had two spectacular and potentially dangerous tangles already this year.

If Hamilton had a little more life in his tyres on Sunday, or a little better luck with the traffic, perhaps we’d have seen one of his last-of-the-late-brakers lunges for victory. Or maybe Verstappen would have pulled off another of his stunning and tenacious defences, keeping a nose ahead of his rival even when his position seems untenable.

But based on what had gone before in the race, a far less satisfying outcome seems more likely. The pair would have gone into a corner, one would have gone off the track and rejoined ahead, and then they would have been told to let the other past.

This is not how fights for position should be resolved. Least of all when it involves the two top drivers of the day fighting for the world championship. Yet it constantly happens at tracks like Circuit of the Americas where the boundaries are defined by lines painted on asphalt instead of grass, gravel and other physical deterrents.

Earlier in the race we saw Carlos Sainz Jnr keep Lando Norris behind him at lap one by going wide at turn 12. It took race control six laps to decide Sainz had illegally maintained the position and ordered him to hand the place back (which happened in a move which wasn’t broadcast on the world feed, further confusing those trying to follow proceedings).

Sainz would not have had the option of running wide to maintain his position had there been a gravel trap at the edge of the turn 12 kerb instead of asphalt. Nor would Fernando Alonso or Antonio Giovinazzi have been able to do much the same at the same corner later in the race.

Faced with the possibility of being passed by a rival, any driver will choose the alternative of going off the track, staying ahead and leaving it up to race control to decide who deserves the place. That option needs to be removed wherever possible.

COTA is a fabulous track which both challenges drivers and offers room to overtake. But the ease with which drivers can run wide and gain an advantage is a drawback which hasn’t been successfully addressed in the 10 years F1 has been racing there.

Track limits were a constant bone of contention last weekend, prompting revisions to the rules resulting in a set of confusing and inconsistent policies.

The usual guidance from previous seasons about not running wide at the regular trouble spots of turn nine and 19 was put in place. Additionally, from Saturday drivers were given further guidance not to cut the inside of turn six. Unlike the other two corners, the limit was not the edge of the track but the edge of the kerb further inside. Nor was that the end of the changes.

Over the weekend F1 drivers had 81 lap times deleted for track limits violations. Three drivers were given the black-and-white flag during the race for repeatedly running wide. Race control had to instruct several drivers to relinquish places they gained off-track during the race.

Fernando Alonso claimed – not for the first time this year – that other drivers gained places by going off at turn one at the start. He was also adamant Kimi Raikkonen did so to him on lap 16.

Raikkonen undoubtedly did go off the track on that occasion, having been edged wide by Alonso. Whether the Alpine driver had been ahead of his rival and therefore permitted to run him wide was not entirely clear from the replays shown on the world feed. FIA F1 race director Michael Masi described the decision as a “marginal” call.

Another change to the track limits rules on Sunday morning was a factor in this incident. Several ‘sausage kerbs’ at the exit of the corner were removed, following incidents in support races where cars had hit them and been partially launched into the air.

The Alonso-Raikkonen row may not have unfolded had those physical limits remained in place. Masi said F1 is trying to introduce them where possible, but wasn’t concerned about the incidents which took place at COTA.

“The drivers will always try and push the limits wherever that limit is. But yes, as we’ve said many times, we’re trying to find more natural solutions in as many places as we can, but it’s not an overnight fix anywhere.”

The Circuit of the Americas has seen rows over track limits in the past, notably in 2017 when Max Verstappen was penalised for cutting the inside of a corner to overtake Kimi Raikkonen. He lost his podium finish as a result.

When F1 returned 12 months later the corner Verstappen cut was altered to prevent anyone doing the same. This was a step in the right direction, but it shows F1 tends to act reactively on matters of track limits.

This was the case at the next venue on the calendar, Mexico’s Autodromo Hermanos Rodriguez. Its 2015 remodelling left ample scope for drivers to gain an advantage by leaving the track, notably at turn one, yet it wasn’t addressed until controversies the following year involving Hamilton cutting the corner at the start of the race and Verstappen infuriating Sebastian Vettel by doing the same later on.

Since then new track limits restrictions have been added at several points on the track. These largely involve forcing driver to take slower routes to rejoin the circuit if they run wide. They are quite effective, though potentially open to exploitation, as Alonso demonstrated in Sochi last month.

The championship will end with a trio of races on new or heavily revised circuits – Losail, Jeddah and Yas Marina. F1 must ensure these unfamiliar venues do not offer opportunities for drivers to gain an advantage by leaving the track.

The first time Hamilton and Verstappen crossed swords this season in Bahrain, it ended with one of them going off the track and being told to surrender a position. It was an underwhelming way to start the season and a repeat would make for an anti-climactic conclusion to the championship.

When F1’s best title fight for years is decided, hopefully it doesn’t happen because one of them has to be told to pull over. A proactive approach to the problem of track limits can prevent this happening.

60 comments on “For the sake of the title fight, F1 must get a grip on its track limits problem”