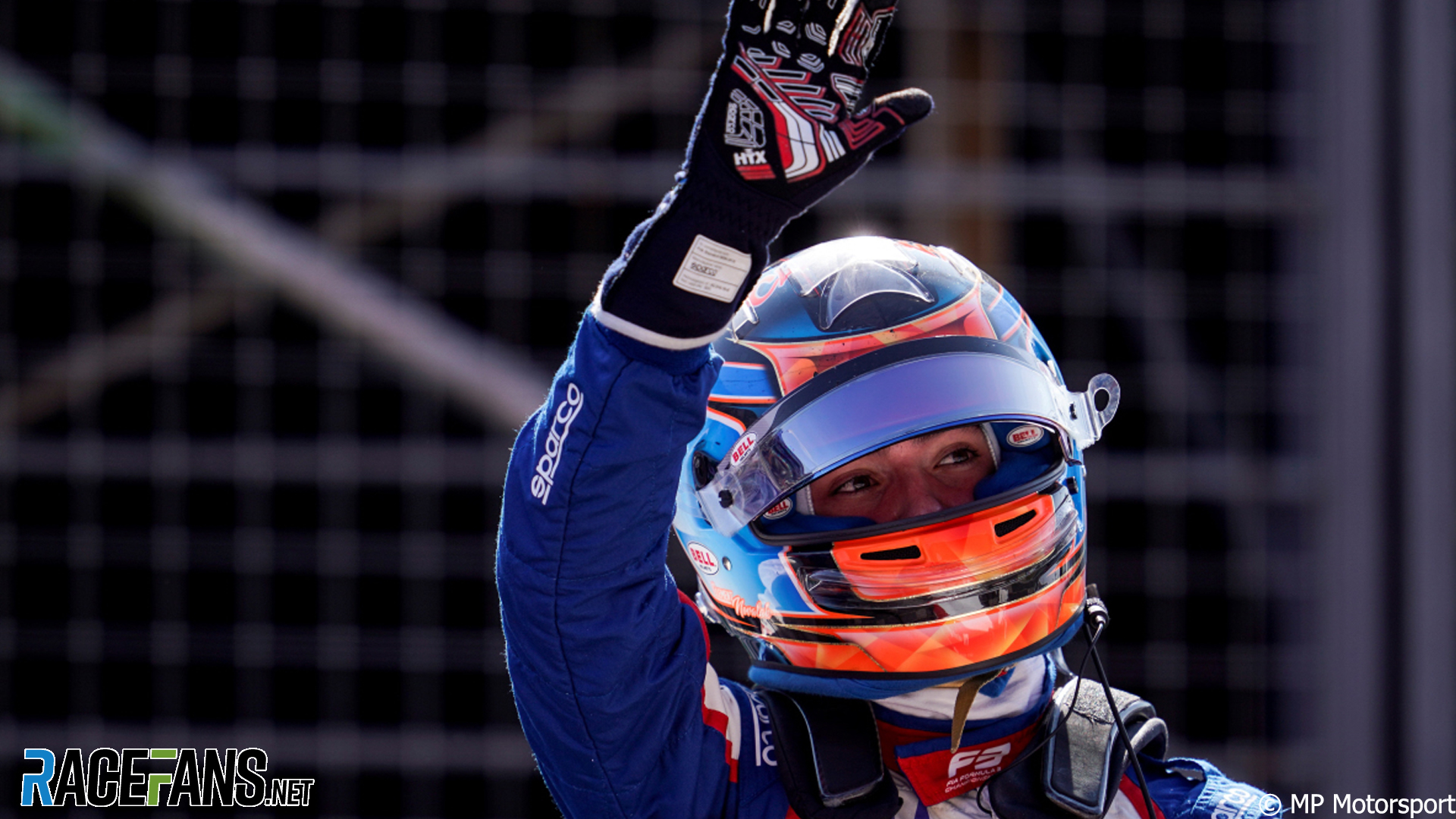 Clement Novalak will step up to Formula 2 for the Saudi Arabian and Abu Dhabi rounds of the 2021 season.

MP Motosport announced today that it had signed Novalak to finish the 2021 F2 season and continue with a full campaign in 2022. He replaces Lirim Zendeli in the number 12 car.

Novalak, 20, placed third in this year’s FIA Formula 3 championship, finishing behind Dennis Hauger and Jack Doohan despite not winning a race. He took three second places and one third, and scored points in 16 of the 20 races.

The 2019 BRDC Formula 3 champion graduated to the FIA series with Carlin in 2020 before moving to Trident this year. Novalak said he hopes the move to MP, which has scored one victory in F2 this season, “will allow me to return to my winning ways”.

Zendeli, who had only scored four points finishes during his maiden F2 season, wrote in a social media post that he had been unable to continue due to a lack of budget.

“I won’t be able to continue in F2 anymore for financial reasons,” said Zendeli. “The pandemic has reduced my already very tight budget even further. First of all I’d like to thank my sponsors from Germany who have been reliable and are not the reason for the sudden cut. Especially Ajdini who had to cover unexpected budget gaps caused by promises not kept by someone else.”

“I am proud I could get the chance to compete in F2 coming from ‘a normal family’ monetarily,” he continued, adding that MP had been “patient and supportive the whole time”.

“Realising that I have to step back for a moment is very tough but I will try everything to find an exciting opportunity to be back on track as soon as possible,” he said.