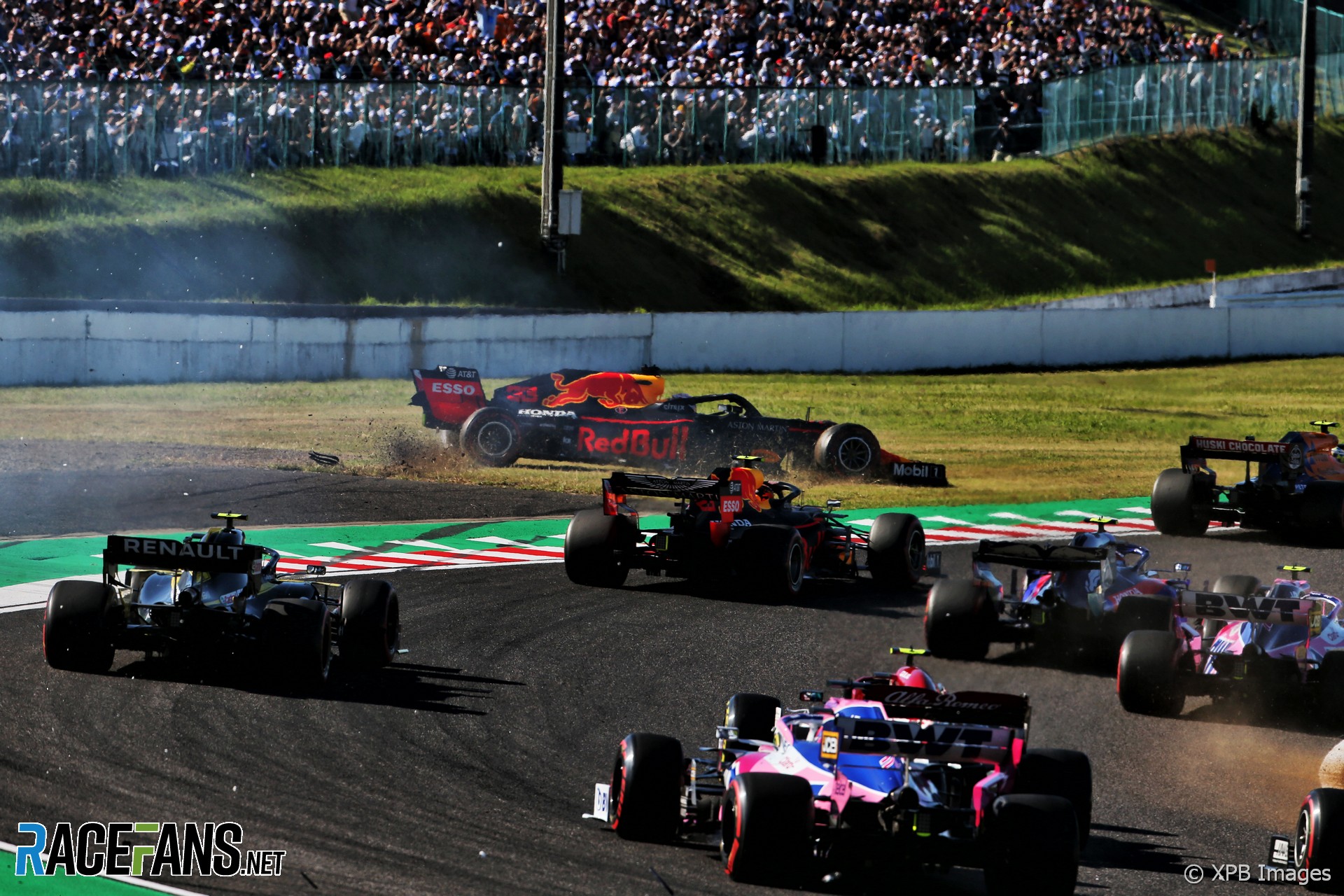 For the second time this year, one of the championship-contending Formula 1 teams is asking the stewards to reconsider a decision which could have implications for the title fight.

Mercedes are aggrieved over the stewards’ refusal to investigate whether Max Verstappen broke the rules on lap 48 of last weekend’s Sao Paulo Grand Prix. This was the lap on which Lewis Hamilton tried to overtake his rival on the outside of the Descida do Lago, and the pair ended up running well wide onto the run-off area.

Yesterday Mercedes confirmed they had “requested a right of review under article 14.1.1 of the International Sporting Code” in relation to the incident “on the basis of new evidence unavailable to the stewards at the time of their decision”.

Red Bull previously tried to invoke the same right to a review following the British Grand Prix, where Verstappen crashed heavily after contact with Hamilton. The Mercedes driver was given a 10-second time penalty for the contact yet still recovered to win the race.

But getting the stewards to agree to a review isn’t easy, and on this occasion Red Bull failed. The stewards ruled they did not provide the required new evidence, despite the team having gone to the extraordinary lengths of using reserve driver Alexander Albon to recreate Hamilton’s line prior to the incident in an attempt to prove his original penalty was too lenient.

Mercedes’ case from last weekend is different for a couple of reasons. And given past precedents – including one which happened to involve Verstappen – they have reason to be optimistic the stewards may at least agree to a review.

First, there appears to be no doubt new evidence is available in the shape of Verstappen’s forward-facing onboard camera from the incident. FIA race director Michael Masi confirmed on Sunday evening that footage wasn’t available to the stewards at the time. It was released yesterday.

Is this a technicality which could scupper Mercedes’ review bid? Another incident from two years ago, in which Verstappen happened to be the victim, gives them a potentially useful precedent to argue otherwise.

As the field swept around the first corners at Suzuka during the 2019 Japanese Grand Prix, Charles Leclerc drifted wide of the apex at turn two and clouted Verstappen’s Red Bull into a spin. Within two laps race control announced “no investigation necessary”.

This changed after the race, when the stewards decided the incident should be looked at. After doing so they handed Leclerc a five-second time penalty. If the stewards can reconsider their own decision not to investigate an incident, Mercedes will no doubt argue it’s only fair to permit them to request the same.

“Some new evidence became available which they didn’t have available at the time and they chose to effectively reopen the investigation,” explained Masi following the 2019 race. “So originally, with what was available to them, they made a determination that there was no investigation necessary.

“Then they got some other footage which they didn’t have and, well within their rights, it was a new element and they reopened it.” At Suzuka in 2019 the stewards did exactly what Mercedes are now asking for.

Past attempts by teams to request reviews have run into trouble due to technicalities such as failing to meet the standard for “new evidence”, as was the case for Red Bull at Silverstone. Mercedes can feel confident of at least clearing that first hurdle.

Beyond that, of course, they then have to persuade the stewards Verstappen actually did something wrong, which is another matter entirely. But it would mean the stewards can no longer avoid taking a huge decision which could have significant consequences for the championship.