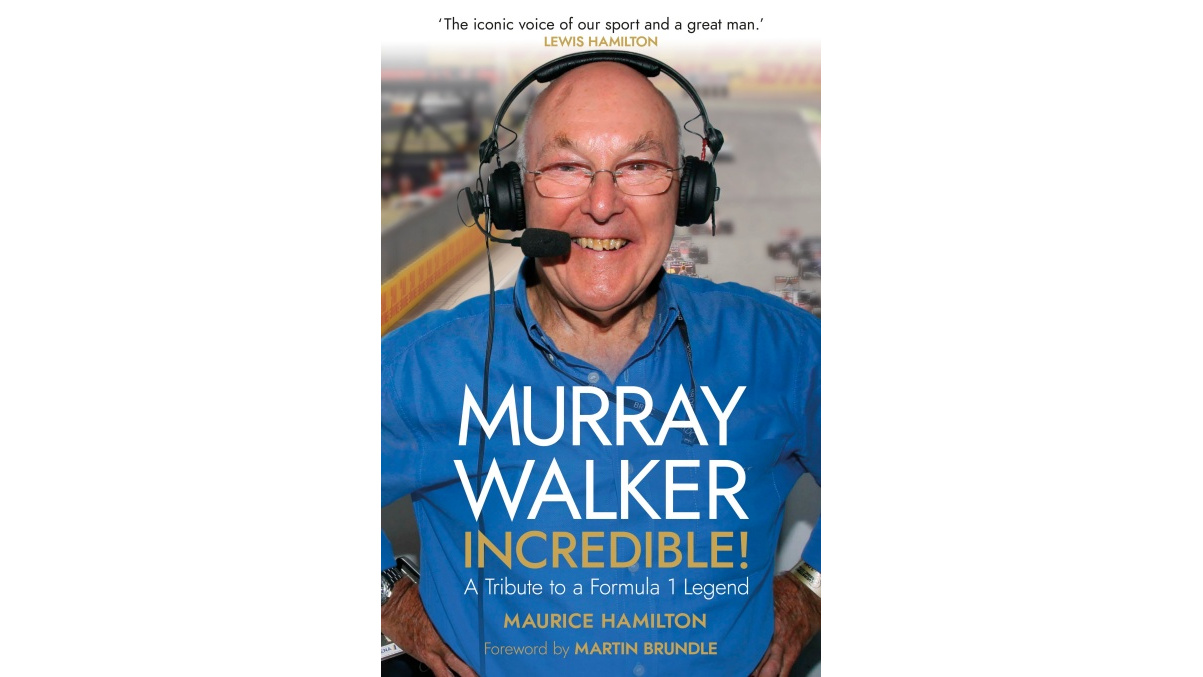 I don’t know about you, but my Covid PTSD is starting to set in. Playgrounds are a trigger, as I think back to freezing January days trying to make an afternoon of a trip to the swings and a walk around a different supermarket.

With that mindset, the closing chapters of ‘Incredible’ packed an emotional wallop. I was overcome with a tidal wave of sadness as what could have been a fine last summer for motor sport’s greatest-ever commentator reacquainting with friends and colleagues, was instead spent interacting remotely in a nursing home, communicating with the outside world via e-mail.

The journey to get there, however, is one of joy. For a generation of fans, Murray Walker is motor sport. The not-so-silent partner to three decades of Formula 1 action: Think Senna vs Prost and it’s Murray’s voice in your head, ditto Mansell in Adelaide or Hill and Schumacher.

Maurice Hamilton is faced with a near-impossible task. No one wants to read about Murray Walker as much as they want to hear him shouting “Go, Go, Go” on the telly every other weekend. Nonetheless, Hamilton is an ideal choice of biographer: Having shared the commentary box, paddock and insider network with Murray, he is able to write from a position of common experience and a contact list capable of wheedling out some great stories.

That said, you can broadly guess the narrative and focus of the book. But here Hamilton’s craft comes to the fore, effortlessly knitting Murray and Formula 1’s stories together without either becoming stale. Another brilliant device is to print in full some of Murray’s iconic commentary moments – the wonder being (for fans of a certain age) they leap out of the page as if you were watching live.

Whilst I was broadly familiar with several of the stories in the book – I had come across Steve Rider’s recollections of the BHP BTCC days before (although they are still great tales) – there was still lots I didn’t know or expect. For example I laughed out loud at an anecdote from the 1994 Imola weekend – yes, you read that correctly. There are other surprises (at least to me), but I won’t spoil them here.

As you may expect ‘Incredible’ is a fairly one-sided tribute, although from some of the contributions you get the impression there are some things left unsaid. But then, to reach the top in two professions you have to be driven, and there are the occasional glimpses of when Murray had to get his elbows out. I would have liked some more on Murray’s non-F1 commentaries, as although scrambling, rallycross and touring cars is well covered, everything from powerboats to Formula Ford came under his portfolio.

Simply put, Murray was the best commentator motor sport has ever had, and during my lifetime he will be the benchmark against which all others are judged. His skill in both conveying deep insight into a complex and technical sport, whilst sounding like he’s standing next to you having a chat, is unequalled.

Throughout ‘Incredible’ Maurice Hamilton captures the essence and energy of Murray’s commentaries, whilst interlinking anecdotes and tributes illustrating why he’s so loved by fans and the paddock alike. As such this should be riding on high on fans’ Christmas lists.

“Murray Walker: Incredible! A Tribute to a Formula 1 Legend”