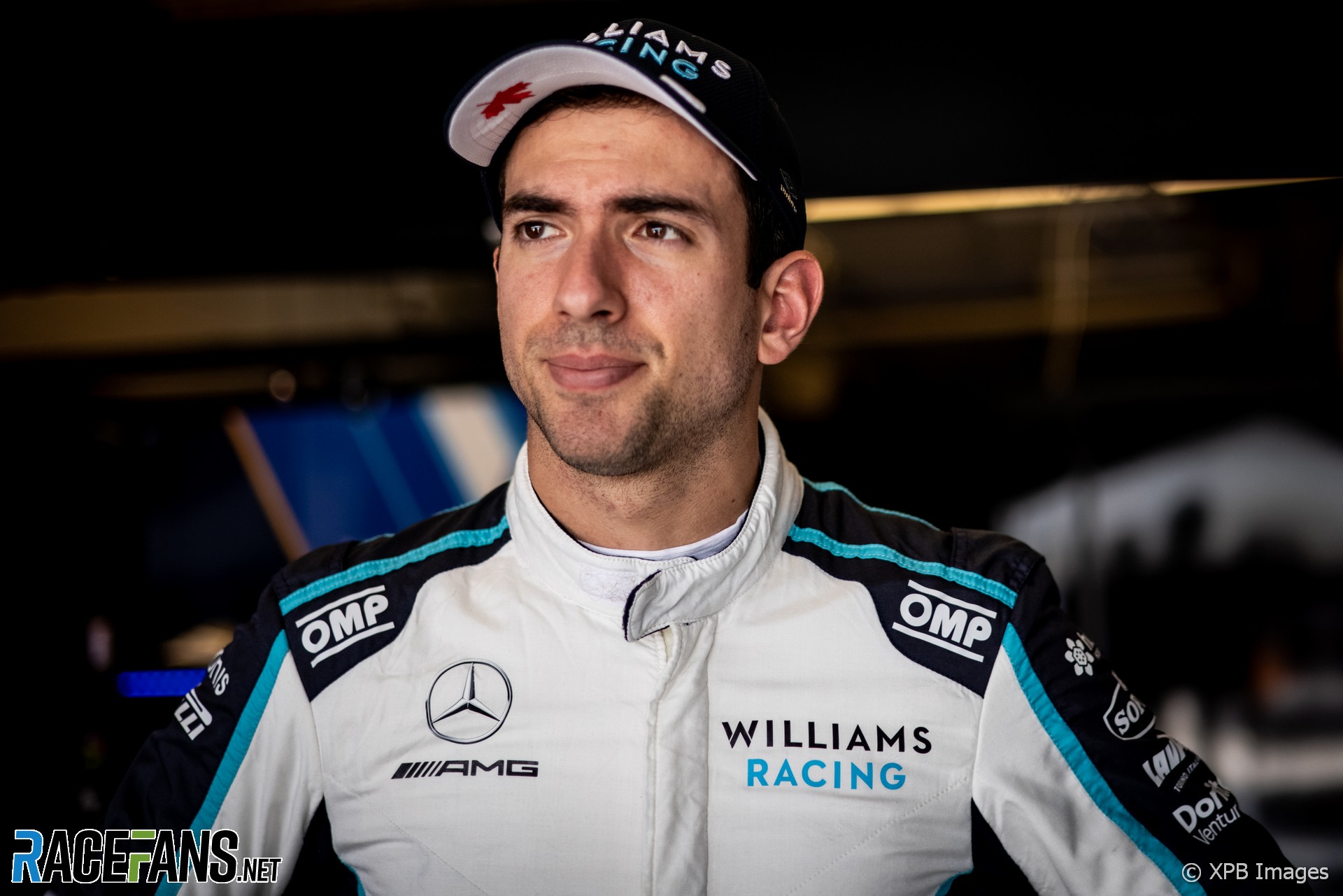 Nicholas Latifi attained unexpected notoriety – and with it, appalling and unwarranted vilification – for his role in triggering the controversial Safety Car period which decided the 2021 world championship.

That came about when Latifi spun into a wall on his 51st lap while pursuing Mick Schumacher. The Haas driver had found his way past the quicker Williams, and not for the first time in 2021.

Schumacher got the better of him earlier in the year as well. Latifi fell behind him at the third round in Portugal, and was out-qualified by the Haas in Spain. For a second-year driver, being occasionally shown the way by a rookie in a less competitive machine was far from ideal.

Latifi’s stumbling start to the season also included an early retirement at Imola where he went off on the first lap and tangled with the other Haas of Nikita Mazepin as he rejoined. But after a tricky few opening races Latifi fared somewhat better over the following rounds.

He was, however, consistently in the shadow of the other Williams driver. Latifi’s deficit to George Russell came as no surprise given the gulf between them last year. Though to his credit he chipped away at the gap to his highly-rated, Mercedes-bound team mate and even managed to qualify ahead on rare occasions towards the end of the year. Whether or not this was aided by Russell using more aggressive strategies, it was a feat which seemed highly unlikely 12 months ago.

While Russell drew ever closer to ending Williams’ wait for a point in France and the two Austrian races, Latifi lagged further back. He was unlucky to pick up a penalty in Azerbaijan, but at the Austrian Grand Prix he copped a 30 second sanction for failing to slow sufficiently for yellow flags.

Silverstone was better for him, then in Hungary he capitalised on a stroke of fortune to lead Russell home as the team took seventh and eighth places. Russell had qualified ahead as usual, but Latifi got by at the start, and a first-lap collision which wiped out several quicker rivals helped secure their points finishes, Russell on his tail when the flag dropped.

Latifi took 12th in qualifying at Spa – his best of the year, albeit 10 places behind his team mate – he was elevated into ninth place in the curtailed, one-lap ‘race’, taking another point. No more followed over the rest of the season, however.

These races included several more Q1 eliminations – he totalled 18 to Russell’s three over the 22 rounds. Zandvoort was one of the few occasions where Latifi reached Q2, only to crash (as did Russell).

After a decent run to 11th in Italy (where Russell scored again), Latifi hit another rough patch, crashing as the rain fell in Sochi. He also spun on the first lap at Istanbul and tangled with Lance Stroll at the first turn in Austin.

While there were signs of improvement from Latifi in his second season of F1, his incident rate was one the high side, and the days where he seemed to be getting the best out of his equipment were too rare.

What’s your verdict on Nicholas Latifi’s 2021 season? Which drivers do you feel he performed better or worse than? Have your say in the comments. Add your views on the other drivers in the comments.