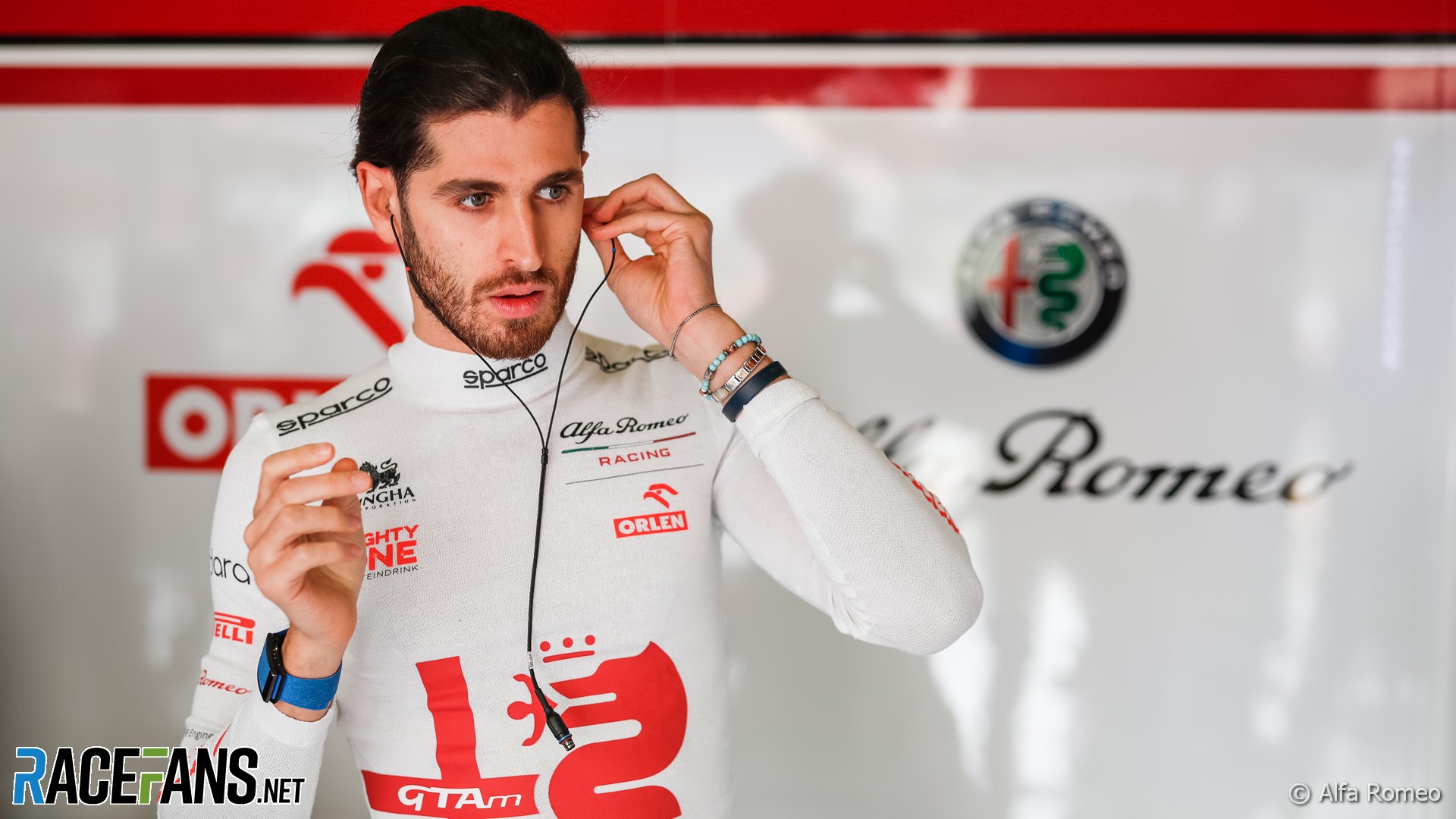 Antonio Giovinazzi endured a frustrating start to his third (and potentially final) season of Formula 1.

He ran in the top 10 in Bahrain but a slow pit stop ended his hope of scoring points. He missed another chance to bag his first points of the season at Imola, where he held 10th after the red flag period but was forced into the pits by rising brake temperatures.

The fates aligned against him in Spain as well where he gambled on an early pit stop during a Safety Car period only for the team to discover one of his replacement tyres was flat. His cursed day continued when he returned to the track and was given the wrong lap time delta information, delaying him further.

The upshot was Giovinazzi – and Alfa Romeo – could have scored their first points of the season much earlier. These were potentially valuable points lost in a year where the team totalled just 13 – 10 less than eighth-placed Williams – and Giovinazzi ended the season seven behind his team mate.

But over the balance of the season it was much more than just misfortune which kept Giovinazzi from matching Kimi Raikkonen, who he was paired with for the third season in a row. Despite conclusively out-performing his team mate on a Saturday, and therefore starting ahead of him more often than not, Giovinazzi simply failed to capitalise on his points-scoring opportunities often enough.

His qualifying performances deserve highlighting. Driving one of the three slowest cars, Giovinazzi was always at risk of eliminating in Q1, yet went out just six times, just three more than the much lauded George Russell. He beat Raikkonen 13-6 over the year.

While Raikkonen never made it into Q3 once, Giovinazzi got there four times. He did so in Monaco, one of his best weekends of the season and despite being leap-frogged by Esteban Ocon during the race Giovinazzi delivered his first point of the season with 10th. However he only added to that tally once more before the season ended.

However Raikkonen’s superior race pace often made the difference between the Alfa Romeo pair on Sundays. That, plus Giovinazzi’s occasional misfortunes and errors, left him behind his team mate in the standings at the end of the season.

Despite a crash in Q1, Giovinazzi rose to 11th at Baku, while Raikkonen bagged a point. Giovinazzi collected penalties in the Austrian and Hungarian grands prix, the latter particularly ill-timed on a weekend where the retirements of many quicker cars presented a valuable points-scoring opportunity.

At Monza, Giovinazzi squandered a hard-won chance to add more points. Having made it into Q3 again on Friday and risen two places to eighth on the grid in sprint qualifying, an unnecessary first-lap collision with Carlos Sainz Jnr ended his chance of a top 10 finish at home.

That weekend was the second in a row where Robert Kubica substituted for the Covid-struck Raikkonen and finished just one place behind Giovinazzi. While the Monza result was largely on him, at Zandvoort luck was again not on Giovinazzi’s side: He qualified a fine seventh but slipped back in the opening laps, then collected a puncture which left him 14th, lower than he deserved.

Then Raikkonen returned and immediately delivered eighth place in Sochi, while Giovinazzi was clipped by Mick Schumacher at the start and laboured away with a non-functional radio which left him vulnerable when the rain fell. On a damp track at Istanbul Raikkonen was clearly quicker but Giovinazzi was reluctant to heed his team’s calls to let the other Alfa Romeo by. That likely cost the team a point.

The Mexico round began promisingly for Giovinazzi as he briefly got between the Ferraris at the start. He was left fuming after an early pit stop dropped him back into traffic and Raikkonen added more points while Giovinazzi recorded his third consecutive 11th place. His wait for a second points finish finally ended in Saudi Arabia, where he made it to Q3 and came home ninth despite running off at turn four.

There’s no doubt both Alfa Romeo drivers had the potential to score more points during 2021, and that Giovinazzi was ill served by luck on occasions. But his team mate often showed the car had more pace in it on race day, and a couple of ill-timed errors by Giovinazzi wrecked his better chances to score points.

What’s your verdict on Antonio Giovinazzi’s 2021 season? Which drivers do you feel he performed better or worse than? Have your say in the comments. Add your views on the other drivers in the comments.