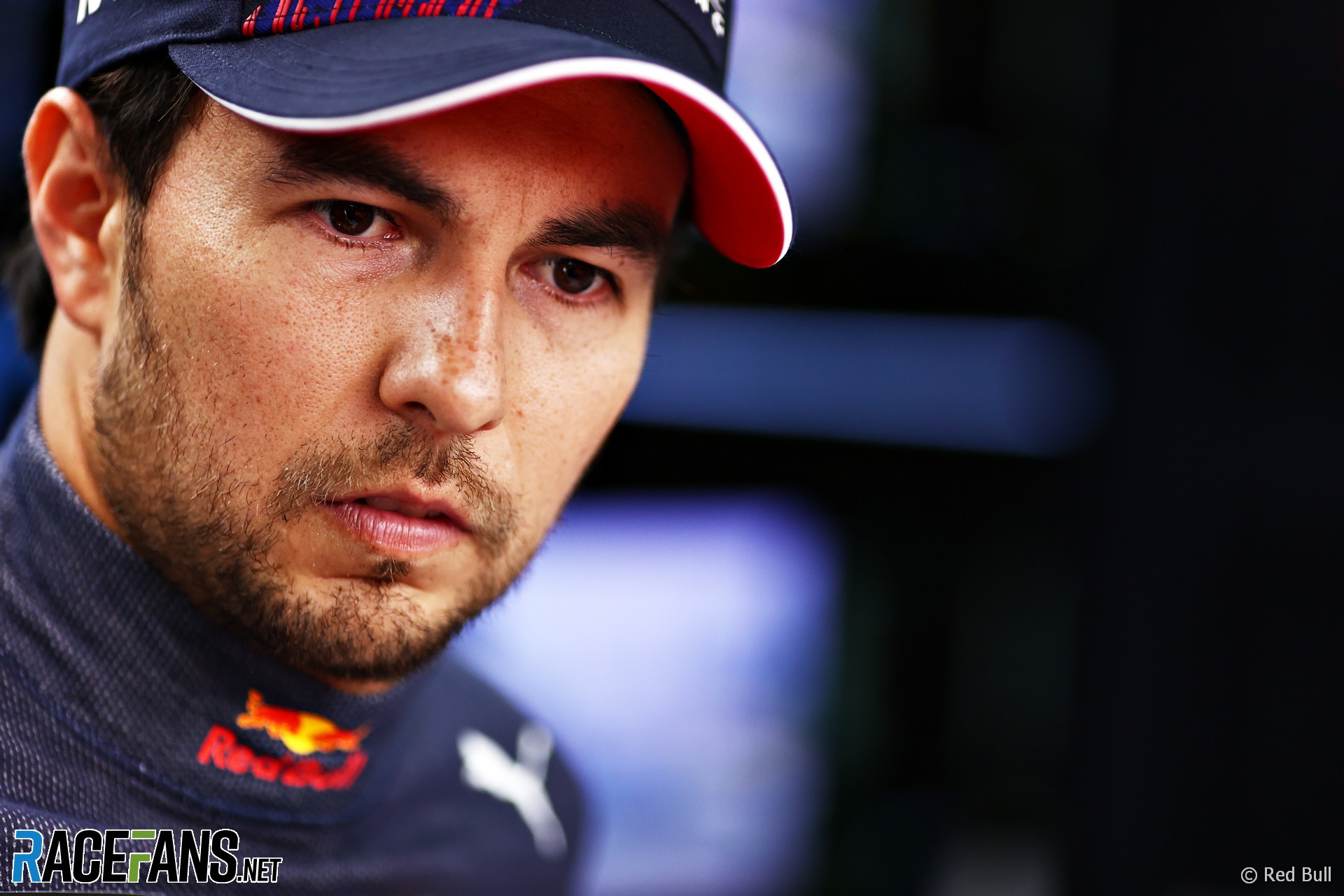 At the final race of the season, Sergio Perez was the perfect team mate to Max Verstappen.

Not merely because he gave Red Bull’s title contender an ideal tow in qualifying or repelled rival Lewis Hamilton for two laps in the race, but because he had the pace to play that vital role at the sharp end of the field. But that hadn’t been the case often enough over the course of the season until that point, which is why he narrowly misses a place in the top 10 of our rankings.

After Pierre Gasly and Alexander Albon’s swift ejections in previous seasons from the second Red Bull seat alongside Verstappen (is there any harder gig in motor racing?) no one could be in doubt about the scale of the challenge Perez faced. Given that, his failure to progress beyond Q2 first time out in Bahrain prompted immediate concern.

But on the whole this was only a blip: He usually reached Q3 over the remaining races. And although he almost invariably qualified behind Verstappen, unlike his predecessors he made appreciable gains in reducing his deficit as the season went on.

After the frustration of Bahrain, where a pre-race technical problem compromised him further, Perez beat Verstappen to a spot on the front row alongside Lewis Hamilton at Imola. Aside from Sochi, where Verstappen took an engine penalty, it was the only time all year Perez started in front of his team mate.

Perez lagged some way off Verstappen over the opening rounds. He was, of course, one of several drivers having to acclimatise to a new environment with little testing. Imola proved especially tricky – he went off behind the Safety Car and spun – and he wasn’t in the hunt at Algarve (where he led because he delayed his pit stop) and Spain.

Matters began to improve in Monaco, despite another sub-par qualifying effort, where he made impressive gains on a track where overtaking is virtually impossible. Then came Baku – always one of Perez’s stronger venues – where he was bang on Verstappen’s pace and therefore ideally placed to collect a victory when misfortune eliminated the other Red Bull. When he followed it up with another podium finish in France, it seemed he’d turned a corner.

A leaner spell followed. The gap between Perez and Verstappen tended to be a little wider than it was between the two Mercedes drivers, and this blunted Red Bull’s challenge at times. While Verstappen dominated the two Austrian rounds, Perez was out-qualified by the McLaren of Lando Norris both times and finished off the rostrum.

Then came a trio of no-scores: Silverstone, where he spun off in sprint qualifying, Hungaroring, where Valtteri Bottas took him out, and Spa, where he spun on the waterlogged reconnaissance lap and couldn’t start the half-points ‘race’ behind the Safety Car from his grid position.

After eighth place at Zandvoort, where he was eliminated in Q1, Perez was still outside the championship top four in a car which had won eight of the first 13 rounds. But he gave a better account of himself over the final third of the season, trimming his qualifying deficit to Verstappen and becoming a more regular thorn in Mercedes’ side.

Perez played the rear-gunner role well in Turkey, rebuffing Hamilton in a thrilling scrap on his way to the first of three consecutive podium finishes. The last of those came in front of his home fans in Mexico, having chased down Hamilton on a day when Red Bull were particularly strong, though he was unable to get by the Mercedes.

Qatar saw an ill-timed qualifying slip as he fell short of Q3 again, though he worked his way forward to repeat his fourth place from the previous round. He slipped backwards early on in Saudi Arabia, however, before going out in a collision with Charles Leclerc.

But at the season finale he played the number two role to absolute perfection, and can claim a small measure of credit for Verstappen’s title win, as he prevented Hamilton having a free reign on strategy. Red Bull could point to several days where Perez missed out on points which ultimately lost them the constructors’ title, but he still made a valuable contribution to Verstappen’s success when his team needed him most.

What’s your verdict on Sergio Perez’s 2021 season? Which drivers do you feel he performed better or worse than? Have your say in the comments. Add your views on the other drivers in the comments.