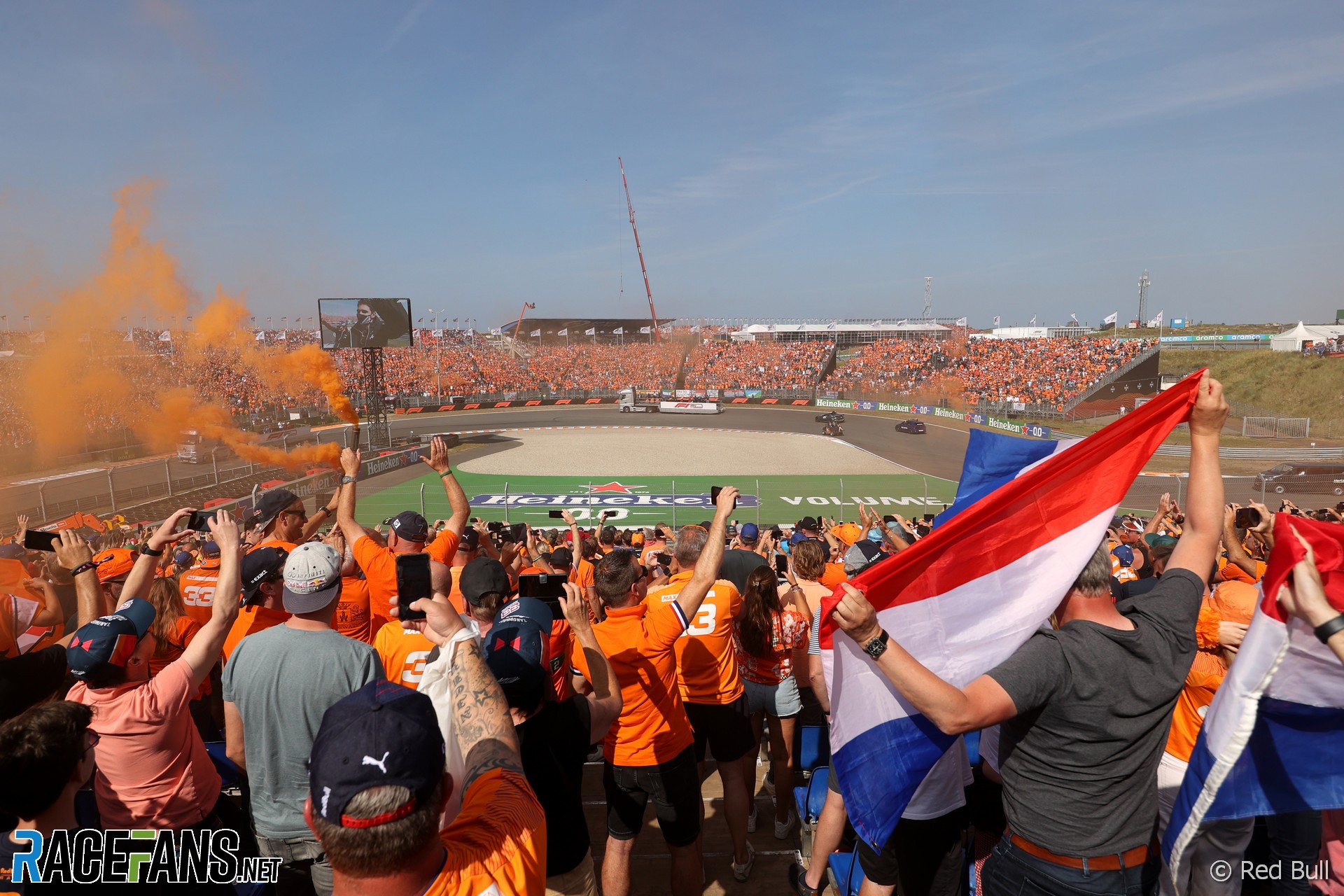 After motorsport series across the world closed their doors to fans in the midst of the pandemic in 2020, the rollout of Covid vaccines led to governments permitting spectators back to circuits over 2021.

That means that we were treated to the return of fan-shot grandstand footage of racing action once again, particularly from the second half of the year. Fans captured spectacular original footage of memorable moments of the season, and one piece of amateur footage even caused trouble for one of the Formula 1 title contenders.

Here is a selection of RaceFans’ favourite F1 fan footage from the 2021 season.

On the first of F1’s sprint race weekends, with qualifying brought forward to Friday, George Russell put in one of his best performances of the season to get his Williams into Q3 and delight the Silverstone crowd, which Joel Spencer captured.

Hamilton and Verstappen collide at Copse

Neither the first nor last incident involving the championship contenders during 2021, but certainly the one which produced the heaviest hit, as this remarkable video from the spectator enclosure at Silverstone’s Copse corner attests. After tangling with Hamilton, Max Verstappen went backwards into the barrier with a force of over 51G.

Despite collecting a penalty for the tangle, Hamilton went on to win the race, and was pilloried by Red Bull for celebrating after Verstappen was taken to hospital. Hamilton had been able to see Verstappen standing by his car after the collision, as shown in this excellent 4K footage of one of the defining moments of the 2021 season, captured by Rob Fisher.

The restart of the Hungarian Grand Prix was one of the most bizarre the sport has ever seen. From the grandstands approaching turn one, YouTube user Retro F1 Futamok caught the amused reaction of the Hungaroring crowd to Lewis Hamilton being the only driver on the grid for the restart.

Verstappen starts the party in Zandvoort

The first Dutch Grand Prix for decades was always going to attract incredibly passionate supporters of Verstappen. The Red Bull driver did not disappoint his home fans, taking pole position and dominating the race to send trackside fans, including Marco de Jong, into raptures. The stands may only have been two-thirds full due to Covid-19 restrictions, but this was without doubt the liveliest event of the year.

The Italian Grand Prix saw the two title rivals come together for a second time in the season. Rounding the Rettifilo Chicane side-by-side, there proved to be not enough room for two at the impossibly-tight corner, with Team L_G‘s video capturing the inevitable outcome.

Lando Norris appeared to be within reach of a maiden grand prix victory in Russia, before a late downpour changed everything. This 14 minute video shot by Dmitriy Vasilevskiy at turn one, shows how the track conditions changed as the rain began to fall before Norris’s hopes of winning disappear at the 6’45 mark.

Having not race in the USA in 2020 due to the pandemic, Formula 1 returned to Texas and the Circuit of the Americas to be greeted by the biggest crowd ever assembled for a grand prix in North America.

Watching from the start-finish line, Zamir Ahmadi captured this excellent footage showing the electric moments at the start of the race.

US fans will have twice as many chances to enjoy the action this year as a new race at Miami International Autodrome has been added to the 2022 F1 calendar.

Red Bull had suspicions about Mercedes’ rear wing before the Sao Paulo Grand Prix began. That prompted Verstappen to take a close look at Hamilton’s car after Friday qualifying at Interlagos. He got too close however and was later fined €50,000 (£41,750) for breaking parc ferme rules by touching his rival’s car.

As it happens, something was up with Hamilton’s rear wing, though not quite what Red Bull had suspected. Two screws had come undone on the right-hand-side of the wing, which led it to fail a post-qualifying inspection. Hamilton was disqualified and had to start the Saturday sprint qualifying race from the back of the grid.

Max Verstappen looked destined to storm to pole position for the Saudi Arabian Grand Prix after blitzing the opening two sectors – until he reached the final corner. YouTube user hsm42201679 captured a dejected Verstappen in the moments after throwing away pole position.

The 2021 F1 season came to a controversial end on the final lap as backmarkers were selectively moved aside and the race hurriedly restarted, teeing Verstappen up for a crack at race leader Hamilton and the championship. The FIA is still grappling with the ramifications of that decision a month later.

Watching from the grandstands where the crucial move was made was Yvonne Guillermo Adorna, who captured Verstappen’s championship-winning pass which – through no fault of his – became instantly infamous.

Once Verstappen had passed Hamilton, the Red Bull driver still had to bring his car home. And Drew S was in the perfect place to capture the celebrations from Verstappen’s fans in the stands and the Red Bull team on the track.

The Indianapolis 500 regularly attracts one of the biggest audiences in international motorsport, so it was an especially sad spectacle when the 2020 race was held behind closed doors. Fans were back in 2021, however, and the 105th running of the race saw the single biggest sporting crowd since the outbreak.

Will you be attending any races in the 2022 F1 season? Let us know in the comments.