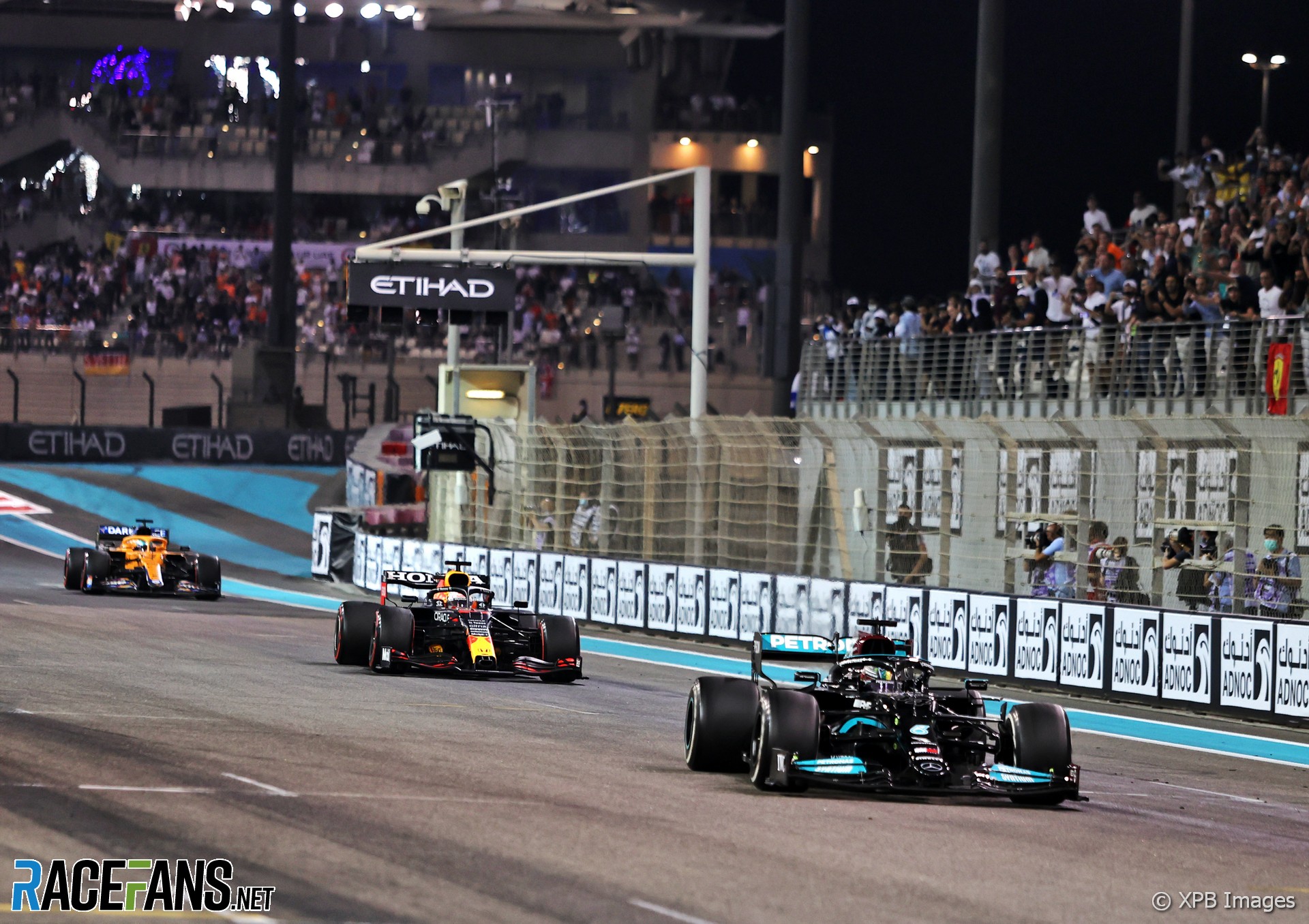 The decision prompted controversy and has led the FIA to conduct an inquiry into whether the restart was handled correctly. It outraged Mercedes as Max Verstappen was able to use fresh soft tyres to overtake Lewis Hamilton, who remained on old hard tyres, after the lapped cars between them were moved out of the way.

However Grosjean believes the decision to ensure the race restarted with a final lap of green flag racing was correct. Asked about the incident today, the former F1 driver said he “loved” Masi’s decision to allow the race to restart on the final lap, having only allowed the five cars between Hamilton and Verstappen to unlap themselves.

“I loved it. It was exciting. I mean, my heart was going, it was pumping like hell,” said Grosjean.

“There’s a few ways of seeing it. It would have been very strange to not unlap those cars and have Lewis first and then Max four cars behind over one lap for the world championship. And, on the other hand, for Lewis it was definitely not a great call. But as a TV fan, as a spectator, as for the sport, I think Michael Masi made the right decision.

“I don’t think the championship would have been nice to finish under the Safety Car. It would not have been nice to finish with the guys first and second being separated by a few cars. I was more Lewis’s side than Max – so I was kind of like ‘oh, Lewis lost it!’. Over the last part of the season, Mercedes made an incredible job. But I thought it was so cool to get those two guys going together.”

Grosjean says that while he believes Hamilton deserved to win the championship with his performance in the final round, he feels Verstappen showed throughout the season that he was a worthy winner of the title.

“I think the wrong conception is to think that the world championship went on one lap,” Grosjean explained. “It was 22 grands prix.

“If we look at the full season, you know, Max had a puncture in Baku, Valtteri Bottas crashed into Verstappen in Hungary, there was the Silverstone race. So at the end, I think if we look at how many points were lost by Verstappen – not necessarily by his fault – he was the one that deserved the championship more. On the Abu Dhabi race, Lewis deserved the championship more – he got unlucky over the last lap. But as a race fan, I loved that last lap and it was super exciting to watch.”