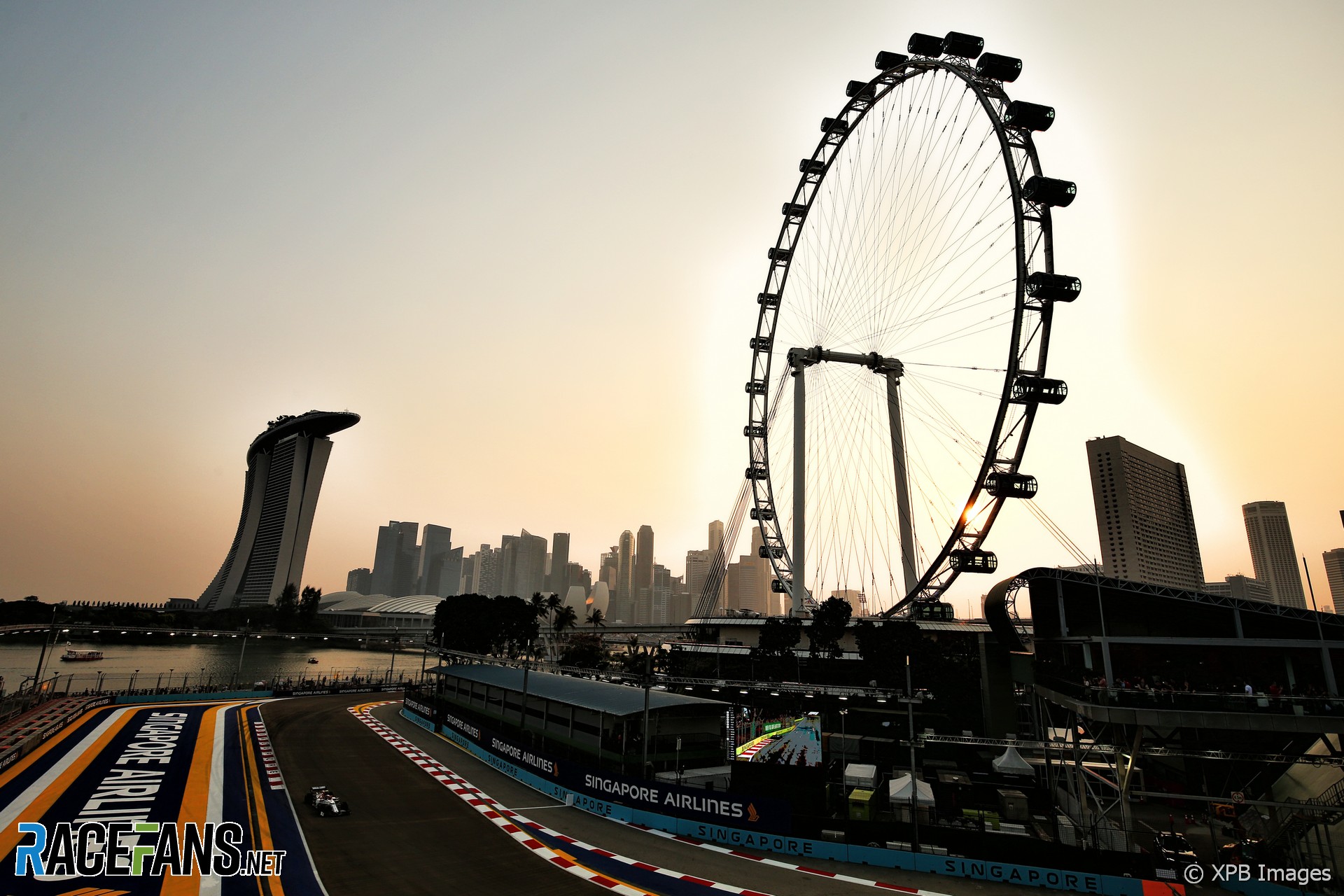 The Singapore Grand Prix will remain on the Formula 1 calendar until at least 2028 after event organisers signed a seven-year contract extension.

The series will return to the Marina Bay street circuit in early October. The race has been absent from the schedule for the last two seasons due to complications caused by the pandemic.

The announced contract extension will see the Singapore Grand Prix on the calendar over the next seven years.

“The Marina Bay Street Circuit hosted the first night race in F1 history in 2008, and Singapore has continued to thrill fans, teams, and drivers ever since,” said Domenicali.

“Singapore holds a special place on the F1 calendar, and this extension is part of our long-term commitment to continue to grow the sport in Asia.”

Singapore’s minister for transport, S Iswaran, said the race around the city’s streets was a “strong focal point for tourists, global events and business meetings”.

“We have decided to continue hosting the F1 race for another seven years, after thoroughly evaluating the long term benefits that a term extension could bring to Singapore,” said Iswaran.

“The renewal will help sustain Singapore’s reputation as a global city with a vibrant lifestyle, attracting international visitors as travel rebounds, and generating business revenue and jobs for Singaporeans.”

The Singapore Grand Prix played host to the very first night time grand prix ever held on its debut in the championship in the 2008 season. The inaugural race was won by Fernando Alonso in controversial circumstances: It later emerged his Renault team mate Nelson Piquet Jnr had been directed to deliberately crash his car by team management to provoke a strategically advantageous Safety Car for Alonso’s benefit.

The last race held at the Marina Bay circuit back in 2019 was won by Sebastian Vettel in both his last victory for Ferrari and his most recent win of his career.

This year’s Singapore Grand Prix is scheduled for October 2nd.