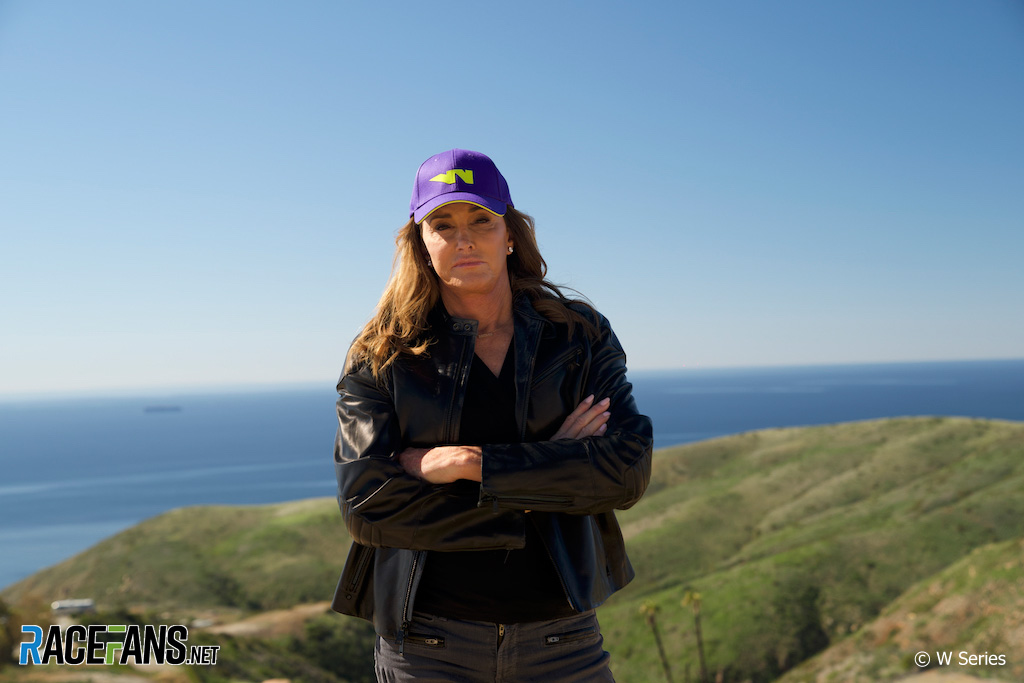 Former racing driver and Olympic gold medal winner Caitlyn Jenner has joined W Series as the owner of new team Jenner Racing ahead of the 2022 season.

Jenner, who came out as a trans woman in 2015, intends to acquire sponsors who are “aligned with her mission of promoting women in sport and creating a platform for them in motorsport”, said W Series in a statement.

Her racing career, under her former name Bruce, included a six-year stint in the IMSA GT championship. During that time Jenner placed second in the GTO class at the 1986 Daytona 24 Hours with team mates Scott Pruett and Klaus Ludwig. Jenner also won a gold medal in the men’s decathlon at the 1976 Montreal Olympic Games.

W Series announced Jenner’s arrival in the series after holding a test for 15 drivers at the Inde Motorsports Ranch in Arizona. Two of this year’s eight races will take place in the USA, including the season-opener at Miami International Autodrome in May.

“We are determined to give females a platform and a pathway to succeed in our sport, and when I first met Caitlyn Jenner, it was clear that she is as committed to that mission as all of us at W Series are,” said series CEO Catherine Bond Muir.

“She has performed at the highest level in sport, is a proven winner and a complete petrolhead, and I know that her passion for sport and motorsport will inspire everybody at W Series.”

Jenner said W Series “ticks every box for me and is a fusion of the different aspects of my career.” She added she watched last year’s round at Circuit of the Americas “with great excitement.”

“In May, I will be beaming with pride when my Jenner Racing team starts its bid for W Series glory on motor racing’s greatest stage at the first race of season three in Miami, USA, in support of Formula 1. As has always been the case, I’m in it to win it.”