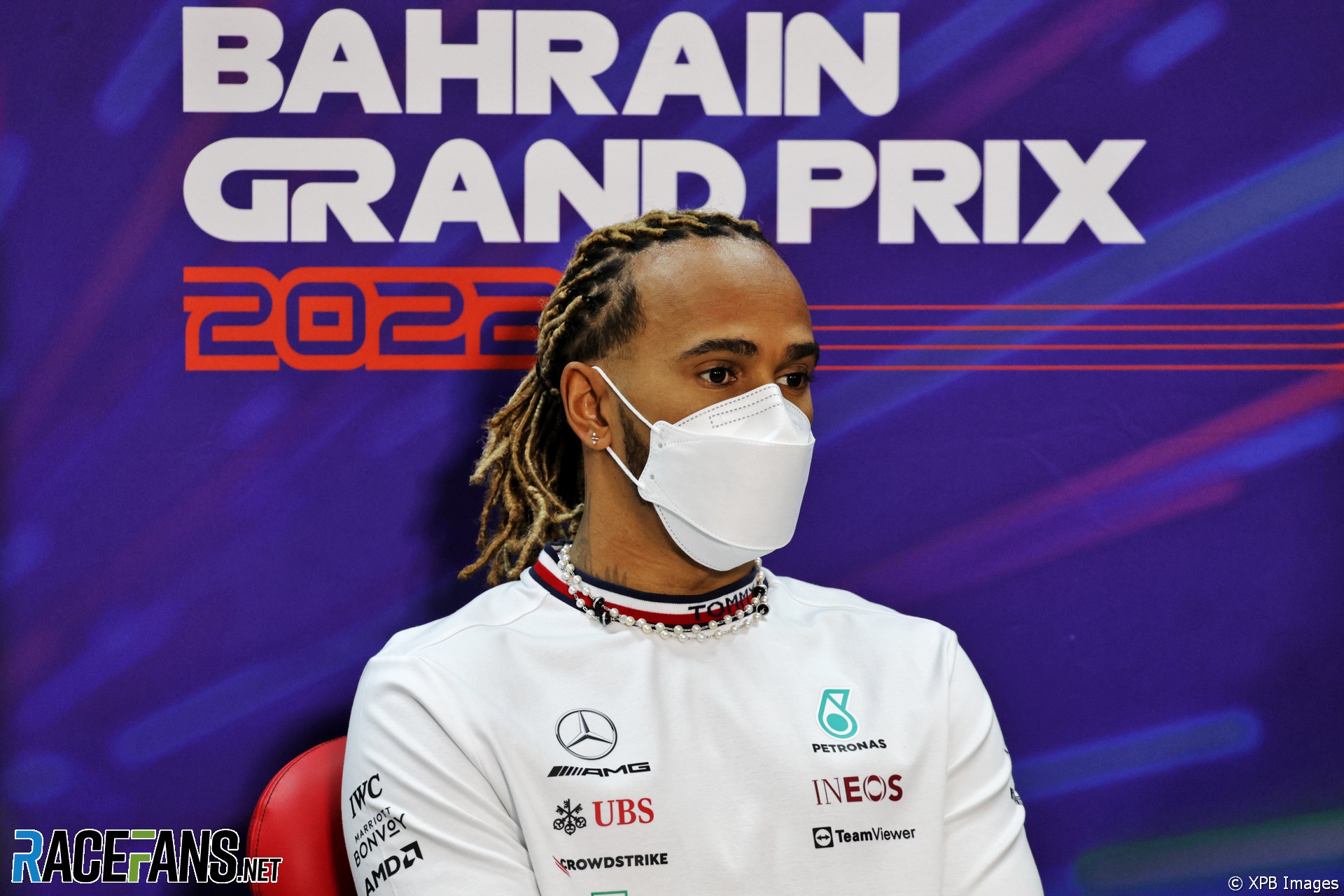 Lewis Hamilton is going into the first race of the new season hoping Mercedes have found solutions for the problems they encountered in pre-season testing.

Speaking ahead of first practice at the Bahrain International Circuit, Hamilton said he doubts the team will have solved the problems encountered in last week’s test at the track.

“Nothing’s changed at the moment,” he said in response to a question from RaceFans. “I think we’ve learnt a lot, obviously through the test, as everyone will have.

“Really I’m hoping that my guys have come up with some sort of solution going into this weekend and when I get in the car today, it feels better.

“But I know there’s not a huge change in such a short space of time so we will still most likely have some of the problems that we had last week.”

Hamilton’s new team mate George Russell believes the W13 has potential once the team is able to get on top of the problems it has encountered with ‘porpoising’.

“We know we’re not quite where we want to be,” he said. “I think it’s clearly visible when you see on the television that we’re bouncing around a lot, especially compared to some of our main rivals. And that’s where we need to get on top of the team.

“We’ve been working day and night since the test to try and resolve some of these issues to bring more performance. I believe there is potential in our car somewhere, whether we’re going to be able to reach that potential this weekend or whether it’s going to be a few races down the line I’m not too sure.”

Russell said he’s grateful the team have more time to get on top of the problem now than later in the season. “Fortunately the races don’t come thick and fast at the start of the season, as they do from probably race six onwards.”

“I think they will be dead last, according to their comments, I think they have an awful car,” he said. “And they have that already since 2017 in pre-season testing.

“No, we’ll find out. I don’t know, but they sure will be competitive.”