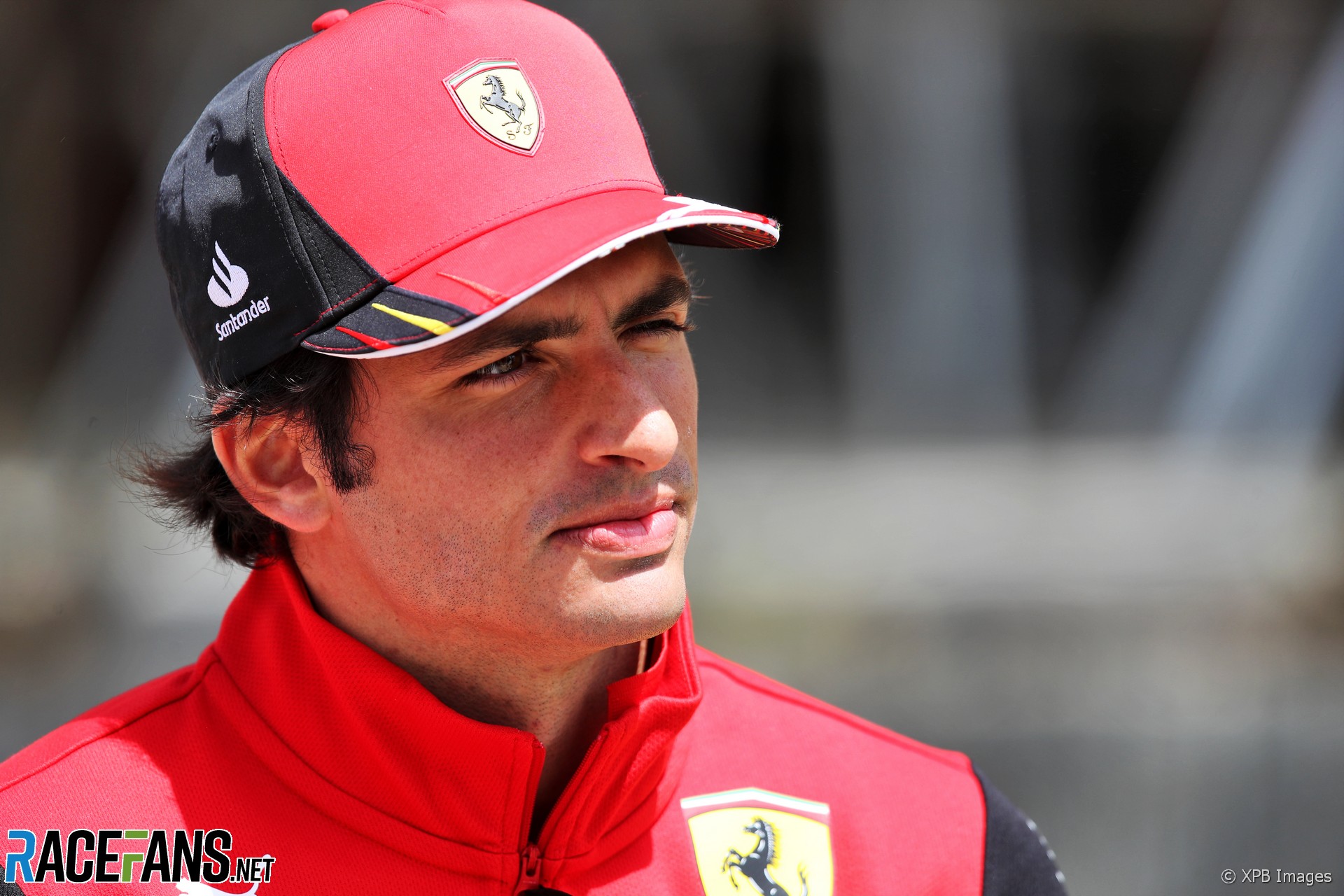 Carlos Sainz Jnr has welcomed F1’s decision to drop its Q3 tyre rule, saying it will make races much fairer.

The regulation had been criticised by drivers who felt it handed an advantage to the quickest teams who were able to use a harder tyre compound at the start of the race.

Sainz the rule change could lead teams towards more conservative strategies. However he believes this is a price worth paying for more equal competition for drivers.

“The only negative thing is that probably in the races that are on the limit of the two and the one-stop, everyone will elect probably a stiffer compound and the race will become a maybe an easier one-stop because you have the possibility to start on the medium. On a new medium on top, not even used.

“That’s the only downside. But I’m happy to take that downside because it’s a lot more fair for everyone to start a race with equal opportunity, let’s say.”