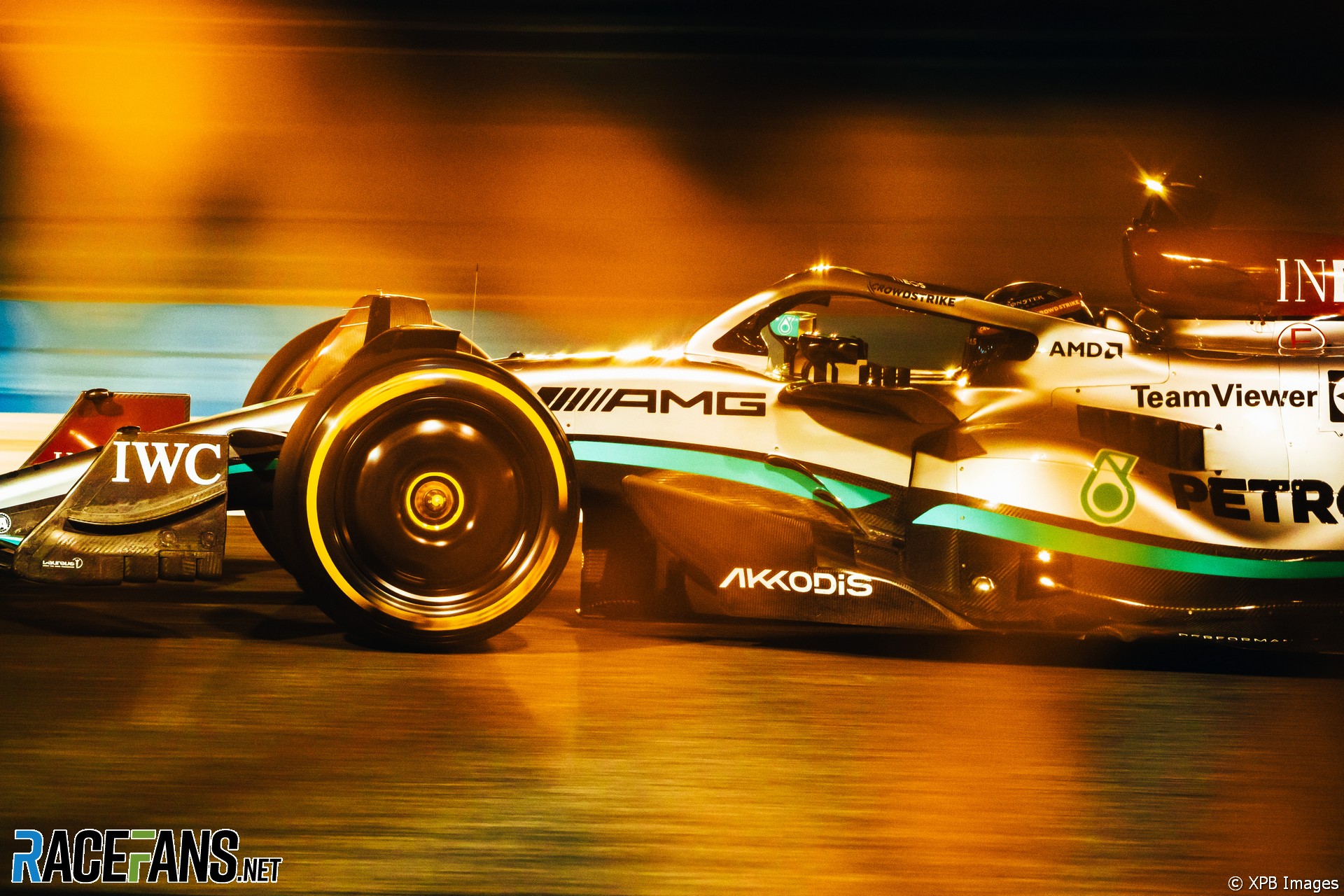 Mercedes team principal Toto Wolff says the team have identified some quick fixes to their car which can be delivered in the coming races to improve their performance.

The team made an unpromising start to the first race weekend of the new season in practice yesterday. Lewis Hamilton believes they are as much as nine tenths of a second per lap slower than pace-setters Red Bull.

The team is examining every aspect of the W13 to improve its performance and has already identified short-term gains it can make with the car, according to Wolff.

“We need to look at every single area on the car – aero, weight, power unit – all of that. In Formula 1 there is never one solution.

“But I think there is low-hanging fruit that we need to tackle for the next races which will improve our overall performance. And then there’s more complex things and we are tackling each of those.”

Mercedes headed one day of testing in the first session at the Circuit de Catalunya. But since the team introduced a significant upgrade to its sidepods in last week’s test in Bahrain, it hasn’t been as competitive.

“We started the season well in Barcelona and then went backwards from from there on,” he admitted. “So now it’s about really understanding.

“Whatever we do now is, in a way, a process. We can do things quickly and we can do more sophisticated and profound changes over the mid-term and this is what we’re aiming to do.”

He admitted the team’s loss of competitiveness was not entirely expected.

“I’m surprised in a way, yes, because you set the expectations and so far we couldn’t reach them,” he said. “But I guess you just need to understand and learn from there on.

“As I always say, every season the points go to zero and particularly in a season where the regs have changed considerably, you have no entitlement to whatsoever performance. Now we have to understand better in qualifying and in the race tomorrow, we don’t know where we stand. And if it’s not good enough, then this team have proved that we can just grind ourselves out of non-performance.

Red Bull set the pace in practice yesterday and Wolff doubts any of the other teams will be able to compete with them this weekend. “As it stands, when we make our assumptions based on the three practice sessions, no,” he said.

“I think Red Bull is in a league of their own and then there’s a bunch of teams that are within a corridor of fuel weight and an engine modes.”