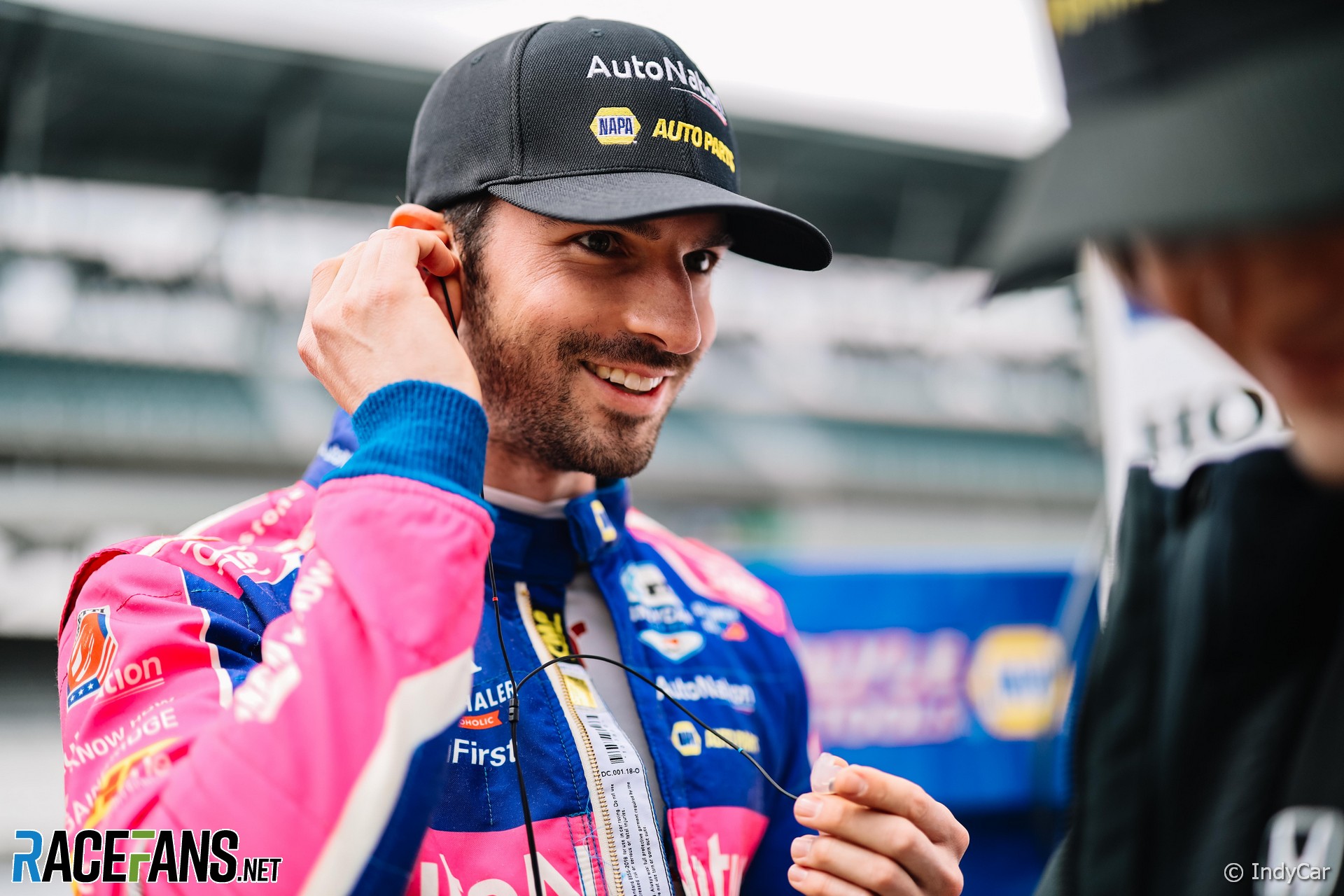 After several weeks of speculation, we now know Alexander Rossi will be driving for the McLaren SP IndyCar team for the next three years, starting in 2023.

Rossi’s decision to leave Andretti Autosport seemed inevitable, as the 30-year-old driver is now three years removed from his last IndyCar victory. This ranks as one of the most baffling slumps in recent IndyCar memory.

Rossi became only the tenth rookie to win the Indianapolis 500 on his debut in 2016, prevailing at the end of a gruelling battle of fuel economy. Two years later he finished a close second in the championship to Scott Dixon, and in 2019 he cane third.

Just a month after Rossi scored his seventh career win at Road America in June 2019, he signed a multi-year deal not only to stay with Andretti but to be the lead driver for Honda Racing in North America. He has not won an IndyCar race since. His only victory of any kind in that time came at the 2021 24 Hours of Daytona, driving an Acura-badged Honda prototype.

In a press conference on Friday last week confirming his transfer to McLaren SP, Rossi still couldn’t really put into words how this once successful partnership had deteriorated.

“If I had the answer to that, we’d probably all be in a different position right now,” he said. “I don’t know that there’s ever an easy solution to something like that.

*After seven of 17 races

“Ultimately I don’t think this has met anyone’s expectations – myself, the team’s, Honda’s. I don’t think it’s necessarily a huge surprise for everyone. That being said, I think there have been scenarios that have been outside of our control. But that’s motorsports, life – just the way things go sometimes.”

It’s not as if Rossi’s pure speed has diminished. Sometimes wounds were self-inflicted – think back to when he crashed out of the 2020 finale in St. Petersburg while dominating proceedings. More often though, he’s been the victim of mechanical failures, multi-car accidents, or strategic miscues that have put him on the back foot.

Behind the scenes, the complexion of Andretti Autosport has changed. Overlapping Rossi’s win-less drought has been the rise of young second-generation driver Colton Herta, who is now the face of the organisation.

Both Herta and Andretti have aspirations of representing America in Formula 1. Rossi spent many years toiling to achieve the same goal, before he finally broke in with perennial F1 minnows Manor at the end of the 2015 season.

And certainly, his competitive spirit hasn’t diminished. Alexander Rossi at the wheel of an IndyCar is one of the most ferocious, uncompromising drivers in the series – a stark contrast to his mild-mannered demeanour away from the track. It is because of his competitive temperament that Rossi felt, midway through a 2021 season that yielded just one podium finish from 17 races, that the decision to leave was ‘made for him.’

“It was clear that I was going to look at different options and explore what was out there,” he explained. “I’ve driven for Andretti Autosport for a long time. Sometimes you need to change things, whether that’s on a personal side, a professional side, or both combined. I think it was time for a change.”

Standing at the most difficult crossroads of his career since being displaced from Formula 1 following the 2015 season, Rossi agreed to join McLaren SP in a deal that will see him driving for one of the most powerful names in international motorsport until at least 2025.

McLaren CEO Zak Brown and McLaren SP team president Taylor Kiel have transformed the image of the former Schmidt Peterson Motorsports since taking over in 2020. Their own aspirations of becoming an IndyCar powerhouse attracted Rossi to the fold.

“I think it’s been very obvious what Zak and Taylor have done over the last couple of years,” Rossi said of his future employers. “What they’ve accomplished in a short period of time speaks for itself.” In particular, he was struck by the success the less experienced Pato O’Ward had at McLaren SP last season, as a race winner and genuine title contender.

Not only that, but McLaren SP were the top-performing team with Chevrolet engines in this year’s Indy 500 – O’Ward finished second, and Felix Rosenqvist finished fourth. Rossi made it clear that he wanted to come to a team that could not only give him the equipment he needs to finally win his first IndyCar Series championship, but also to capture a second Indy 500 victory that narrowly eluded him in 2019.

With these considerations, plus Chevrolet’s engine development yielding a successful start to 2022, and McLaren SP’s announcement of a new IndyCar facility in Indianapolis, Rossi is joining an organisation that is the strongest threat to IndyCar’s long-standing triopoly of Penske, Ganassi and Andretti.

“The overall performance of the team has exponentially increased every event we go to,” Rossi said of his 2023 destination. “That was a pretty easy decision for me, to see them as a championship contender, going forward into the future, I think it’s only going to get better.”

“They already were last year. They will be this year. I certainly think it will be the case going forward.”

There is still unfinished business with Andretti, of course – and after a fifth-place finish at Indy, plus a close second-place finish last weekend in Detroit, Rossi is making it clear that he wants to end his seven-year tenure at Andretti with a return to the winning form that was so regular during his first four years in IndyCar.

On the surface, at least, there is no painful acrimony in the end of this chapter of Rossi’s racing life. “I’m forever appreciative to Michael [Andretti] and Bryan Herta for the opportunity back in 2016,” Rossi said. “I’ve become friends with those guys. None of that’s going to change,”

5 comments on ““Time for a change”: The mystifying slump which prompted Rossi’s move to McLaren SP”