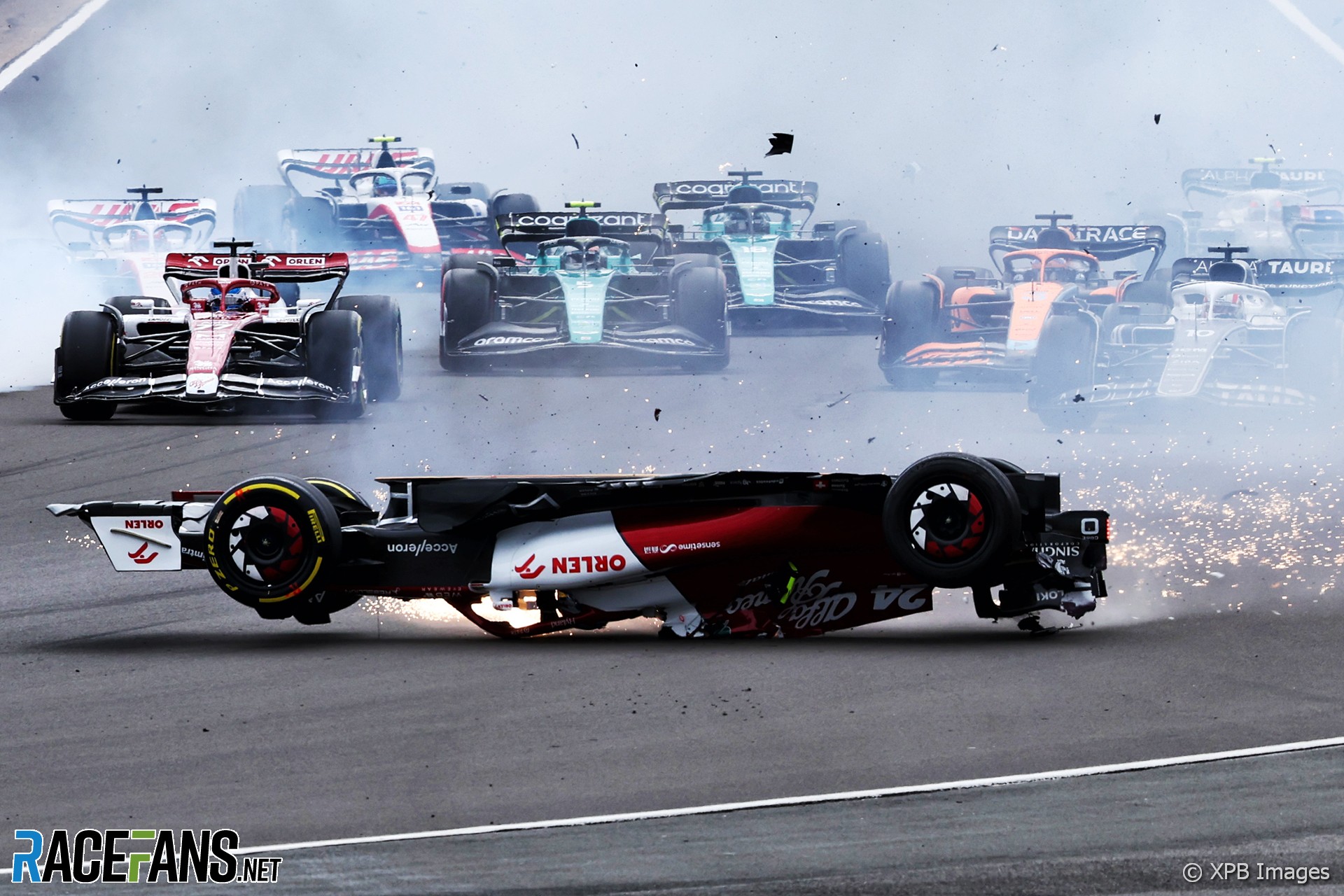 Zhou’s car was launched onto its roll hoop in a horrific crash at the start of the race at Silverstone. His Alfa Romeo rolled at around 230km/h after contact between George Russell and Pierre Gasly sent the Mercedes spinning into his car.

The roll hoop on Zhou’s car appeared to buckle when it struck the ground. The inverted car skidded along the asphalt with the halo supporting much of its weight, then rolled through the gravel trap and over a tyre barrier before coming to a stop.

Zhou was extracted from his car before being taken to the Silverstone medical centre for evaluation, but was later released having been deemed fit and well by medical staff. Alfa Romeo team principal Frederic Vasseur later revealed that the force exerted on Zhou’s roll hoop was “two times more than the load of the crash test” that the FIA place on roll hoops during safety testing.

Following a meeting of the FIA’s Formula 1 Technical Advisory Committee, the governing body announced it will be increase the demands on roll hoops in crash tests in response to Zhou’s crash.

“The TAC discussed the serious incident involving Zhou Guanyu at Silverstone,” said the FIA in a statement received by RaceFans.

“The teams confirmed their availability to introduce more stringent measures on the roll hoops for 2023, and the FIA undertook to complete the relevant analyses, and to communicate to the teams new requirements for the safety of the roll hoop. The FIA welcomed the constructive approach of the teams during these discussions.”

The revised tests will accompany new regulation changes proposed for 2023 intended to reduce the phenomenon of porpoising experienced by many teams following the introduction of ground effect cars for the 2022 season.