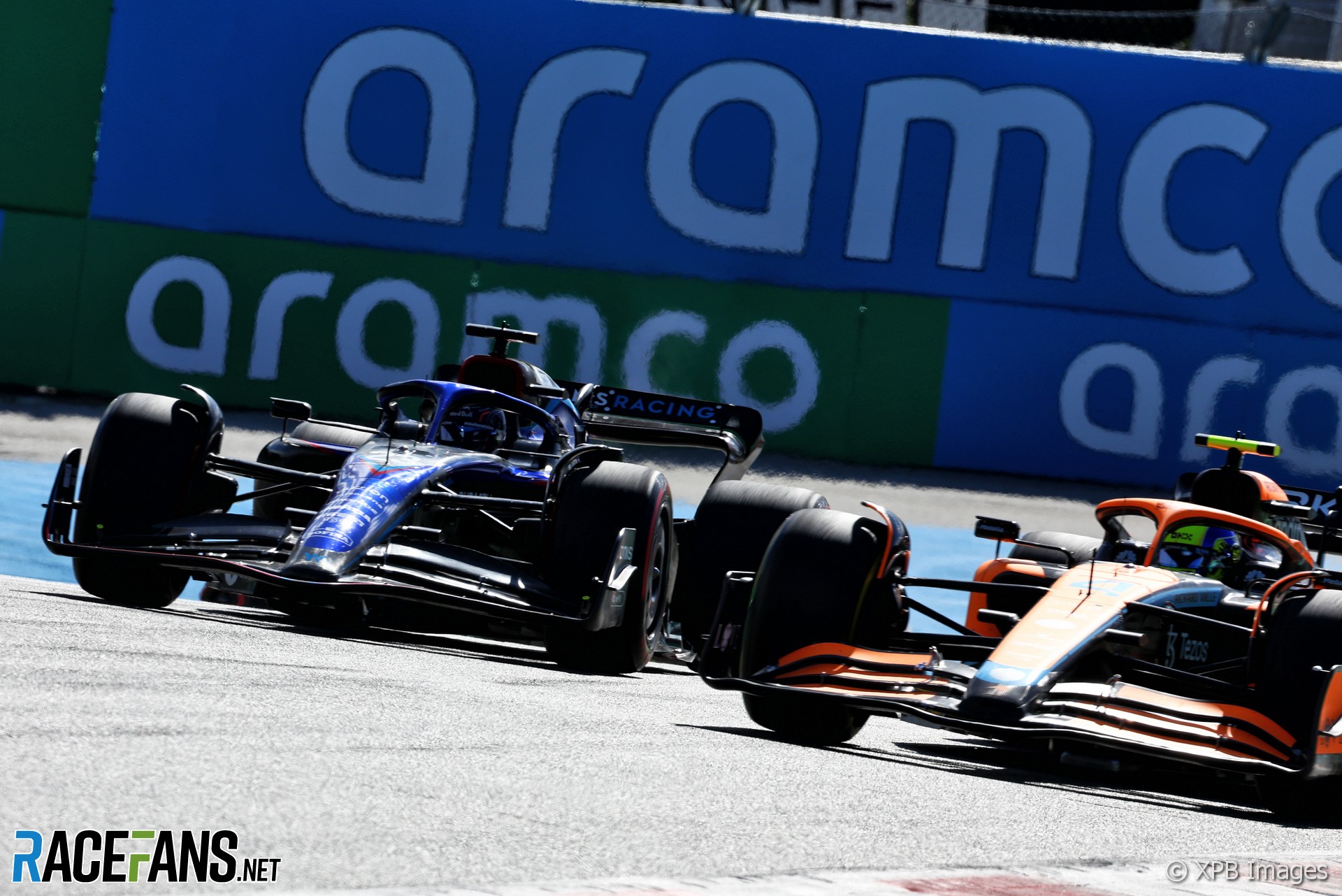 Halfway into the first year of his return to F1 racing, Alexander Albon is already halfway towards a one-race ban.

Over the first 11 races of the 22 on the 2022 F1 calendar, the Williams driver has already collected six penalty points. He described it as a “huge amount” and said “every single one of them is undeserved.”

Any driver who collects 12 penalty points over a consecutive 12-month period receives an automatic one-race ban. Albon should be grateful the rule specifically refers to a consecutive period, otherwise he could have already copped an automatic race suspension.

When Albon was dropped from his Red Bull drive at the end of 2020 he was already on seven penalty points, all of which had been collected since August 2nd. Those points were wiped from his licence as he didn’t race in F1 during 2021.

As it is, the rate at which he has picked up points since returning gives cause for concern. He obviously can’t afford to collect another six or more points over the coming races.

Albon collected his latest sanction for an incident with Lando Norris during the Austrian Grand Prix sprint race. That brought his total for the season up to six.

“I’m on a huge amount this year and I would say every single one of them is undeserved,” Albon told media including RaceFans. “But that is what it is.”

Albon believes the standard used to hand down penalty points has changed from race to race following feedback from drivers to the race directors. “I’m sure we’ll have a chat again in the drivers briefing next race and the goalposts will move again,” he said.

“It’s tricky because I do feel that obviously the FIA are learning what they want to be doing with the driving and until they find it there is a bit of inconsistency.”

Albon received his first two penalty points this year for colliding with Lance Stroll during the Saudi Arabian Grand Prix. He picked up a single point each for track limits offences in Spain and Monaco. He also has a single reprimand, which did not include a penalty point, for impeding Mick Schumacher during qualifying for the Saudi Arabian Grand Prix.

He hasn’t come away with a penalty every time he has faced the stewards. They decided he had not infringed on three occasions: an unsafe release investigation in Saudi Arabia, an impeding investigation in Spain and allegedly driving unnecessarily slowly during qualifying in Canada.

However Albon should also feel grateful two potential incidents were not even investigated. Charles Leclerc was furious he spent almost a full lap behind the Williams as it was being shown blue flags in Monaco, until it skidded off the track. The stewards also decided Albon’s collision with Sebastian Vettel in the Austria sprint race did not merit an investigation.