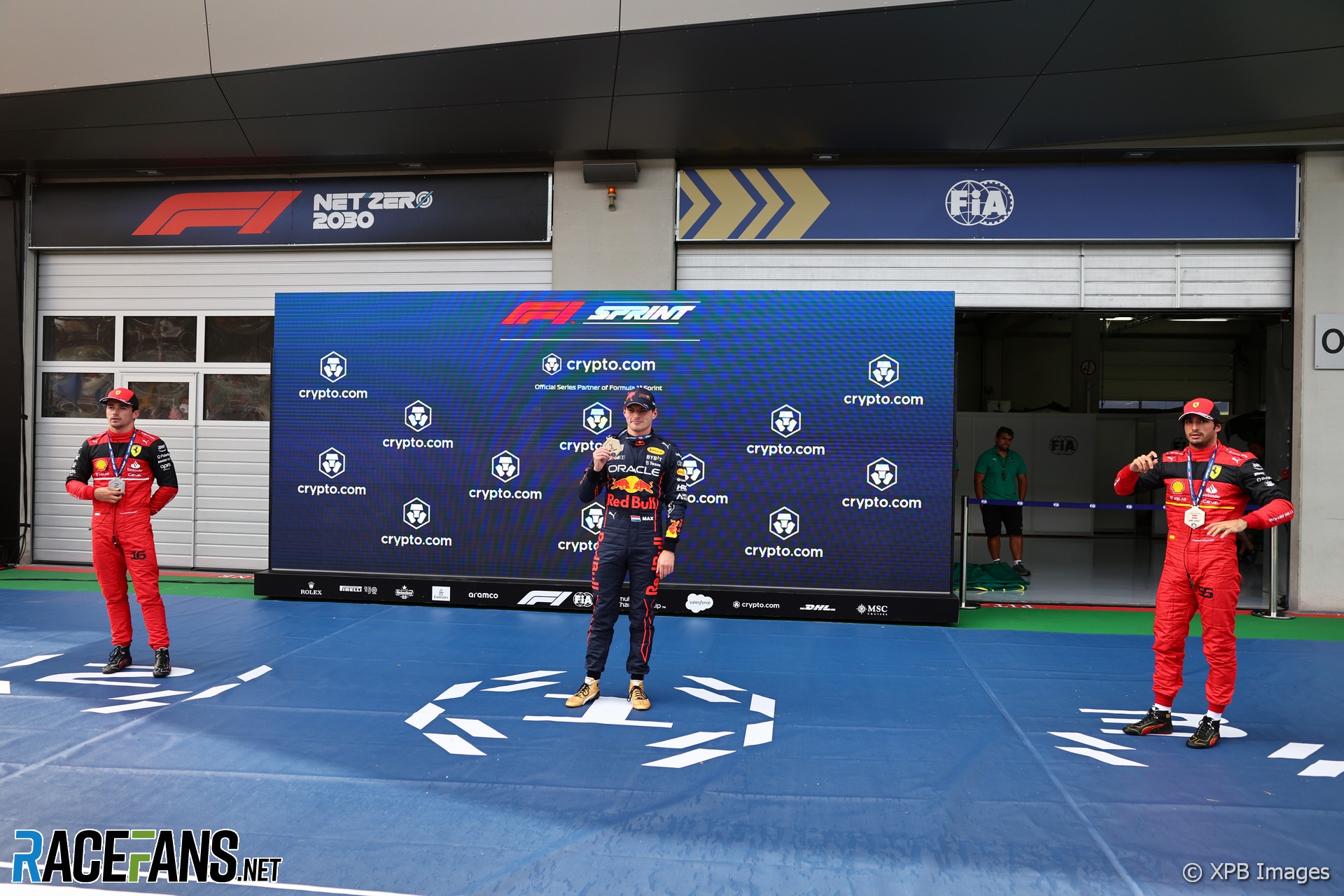 The 2023 Formula 1 calendar will feature three sprint races again, the FIA has confirmed.

A proposal by F1 to increase the number of sprint races from three to six was not approved by the FIA earlier this year.

The sport’s governing body has issued its first set of regulations for the upcoming season. They state 5that “a sprint session will take place at up to three competitions.” The format of the Saturday races are unchanged from those which are taking place alongside three rounds of this year’s championship.

F1 introduced its sprint format at three events last year. However its efforts to increase the number of sprint events have been repeatedly thwarted.

A proposal to hold six sprint races this year was blocked by teams on cost grounds. Three sprint events are therefore being held, two of which have already taken place, with one more to follow at the Brazilian Grand Prix in November.

F1 proposed increasing the number of sprint races to six again for 2023. This won the support of teams when it was discussed by the F1 Commission in April, but failed to win the backing of the FIA.

“While supporting the principle of an increased number of sprint events, the FIA is still evaluating the impact of this proposal on its trackside operations and personnel, and will provide its feedback to the Commission,” said the sport’s governing body in a statement at the time.

The first edition of the 2023 F1 sporting regulations was approved by the FIA World Motor Sport Council on Tuesday.

Next year’s rules may be changed to alter the number of sprint events if it is approved by a ‘super majority’ of the F1 Commission. This requires 28 of 30 votes shared between the 10 teams (one vote each) and representatives of the FIA and Formula One Management (10 votes each). The change would then require the approval of the WMSC.