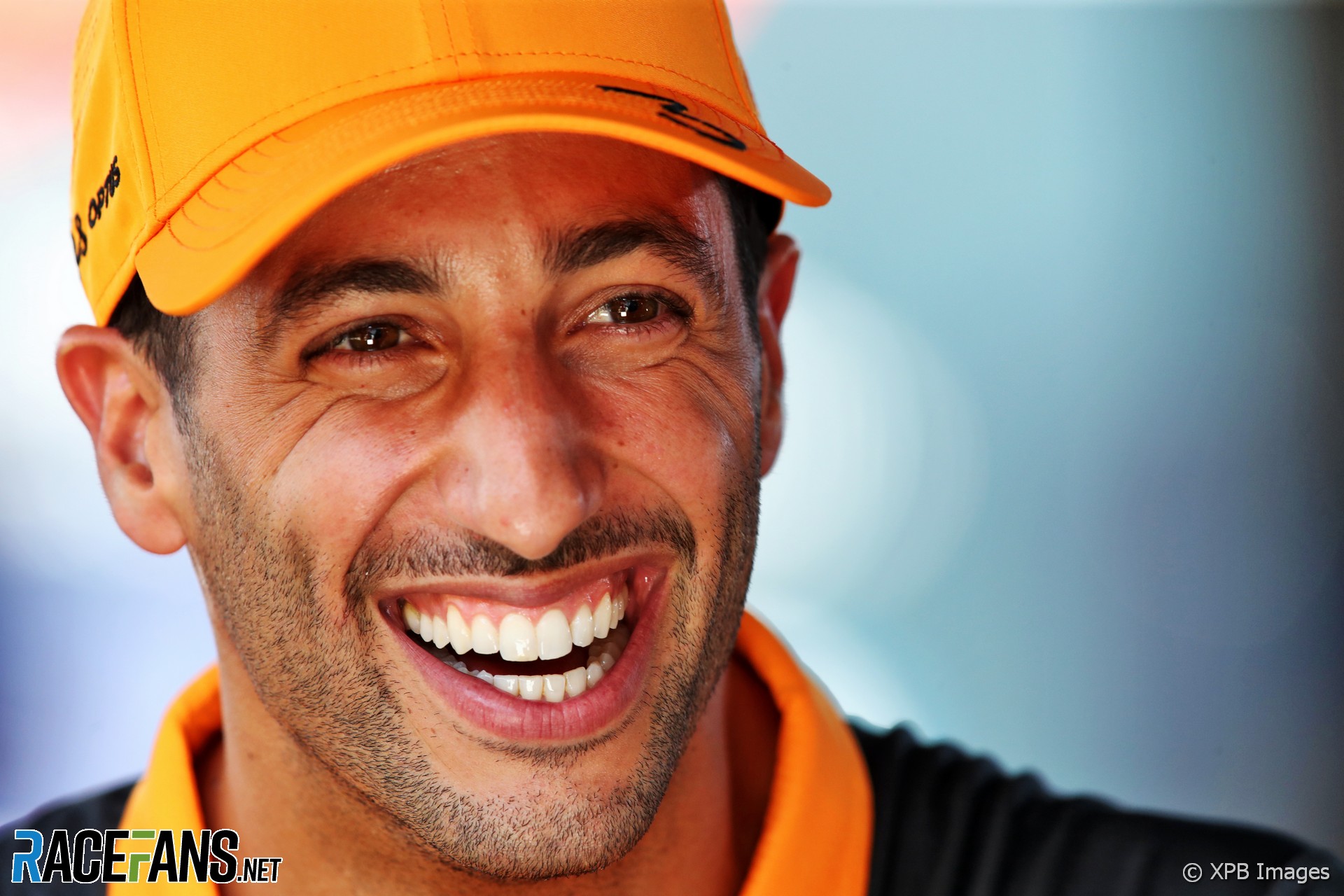 When Daniel Ricciardo signed up to drive for McLaren, he would never have imagined the troubled situation he finds himself in halfway through his three-year deal.

The Austrian Grand Prix marked that mid-way point, and saw only his third top-10 finish on a Sunday since this season began. Ricciardo has scored barely more than a quarter of team mate Lando Norris’s points tally.

McLaren Racing CEO Zak Brown caused a stir earlier in the year by indicating his dissatisfaction with Ricciardo’s performance. Brown has also been busy signing driver contracts: a new McLaren deal or extension seems to come at the rate of one per month.

Norris got a new F1 deal earlier in the year, less than 12 months after his last one, which inevitably set tongues wagging about how his performances had eclipsed his senior team mate’s. Then came contract extensions for IndyCar duo Patricio O’Ward and Felix Rosenqvist, plus an F1 test deal for their Andretti rival Colton Herta, who is widely regarded as one of America’s top prospects for a future switch to grand prix racing.

Then, in a seismic development, McLaren also announced it had nabbed reigning IndyCar champion Alex Palou from his Ganassi squad, mere hours after that team claimed to have taken up an option on his services for 2023.

Between the expanded, three-car IndyCar team McLaren intends to field next year, plus its two new Formula E seats to fill, more than enough berths exist for its enviable line-up of drivers. But the Palou deal sparked fresh speculation over whether McLaren remained committed to Ricciardo for the third and final year of his F1 contract.

Strikingly, within 24 hours of the Palou announcement, Ricciardo took to social media to make his position clear.

“There have been a lot of rumours around my future in Formula 1 but I want you to hear it from me,” he wrote. “I am committed to McLaren until the end of next year and I am not walking away from the sport.”

“[I] appreciate it hasn’t always been easy, but who wants easy?” he continued. “I’m working my ass off with the team to make improvements and get the car right and back to the front where it belongs. I still want this more than ever.

“See you in Le Castellet.”

A little over a week later at the Paul Ricard near Le Castellet, Ricciardo sat down with RaceFans and explained why he felt the time had come to put an end to the mounting rumours.

“Putting out a statement was kind of saying that in a way ‘I’m deciding my future’,” said the 33-year-old. “Obviously people are like, ‘what’s he doing, what’s going to happen, is he even going to be here, does he want to be here?’ and all that.

“No. I very much want to be here. Not only in the sport, but with McLaren.”

In last year’s more competitive car, Ricciardo’s difficulties weren’t immediately apparent: He scored points in his first four races for his new team. But an off-colour performance in Monaco, where he’s taken one win and was robbed of another, was the clearest initial signal something was amiss. Ricciardo came in 12th and was lapped by Norris as the other McLaren headed to the podium.

There were clear signs of improvement over the course of the season and, in Monza, a joyous win which ended McLaren’s near-decade-long drought. That raised hopes that come 2022, in McLaren’s first car designed to account for his driving preferences, Ricciardo had something to build on.

Instead the MCL36 was ill-born, beset by braking problems. Ricciardo missed a test after contracting Covid-19, and the car’s variable performance since appears to have sent him back to square one. He is, however, patiently working at addressing his problems, and believes he has been on the right path since the Monaco Grand Prix at the end of May.

“It’s a challenge that I don’t want to back down from, ultimately, it was as simple as that,” says Ricciardo, while indicating again that the decision over whether he remains at McLaren next year rests with him and not the team. “It’s something I’d say, like, it’s in my control, it’s something that I want to keep pursuing.”

Ricciardo and McLaren’s expectations of the success they would enjoy together have clearly not been realised, aside from that Monza win, which was his eighth career grand prix victory. Regular talks between the two parties are continuing.

“Unless you have these conversations, not everyone will always know how you’re feeling,” Ricciardo explained. “Of course, I’m a driver obviously that believes I can be winning and if I’m not people are probably wondering, okay, where is his head at? What’s he thinking?

“So they’re conversations that you just feel like you need to have to, in a way, just remind the team, remind people that obviously also are working their butts off for me, that I’m all-in on this and I still want this and I still believe I can do it. You have the regular conversations just to avoid or remove any doubt.

“I think also for people at the factory who don’t come to the track, they might just read some headlines and that so then they might be like, ‘what’s Daniel going to do?’ So I think for them to hear from me as well, I think that’s important, just stating my intentions and making sure they hear it from the horse’s mouth.”

Ricciardo insists he doesn’t find the inevitable questions about his future a distraction from the task at hand. He still flashes the trademark mile-wide grin as readily as ever. That, and his passion for F1, are clearly undiminished by his recent travails.

“The struggles also motivate me to get back to the front, to find a way. So I think simply I just still love it more than anything.”

RaceFans is run thanks in part to the generous support of its readers. By contributing £1 per month or £12 per year (or the same in whichever currency you use) you can help cover the costs of creting, hosting and developing RaceFans today and in the future.

31 comments on “‘I’m deciding my future’: Ricciardo tells RaceFans he ‘still loves F1 more than anything’”