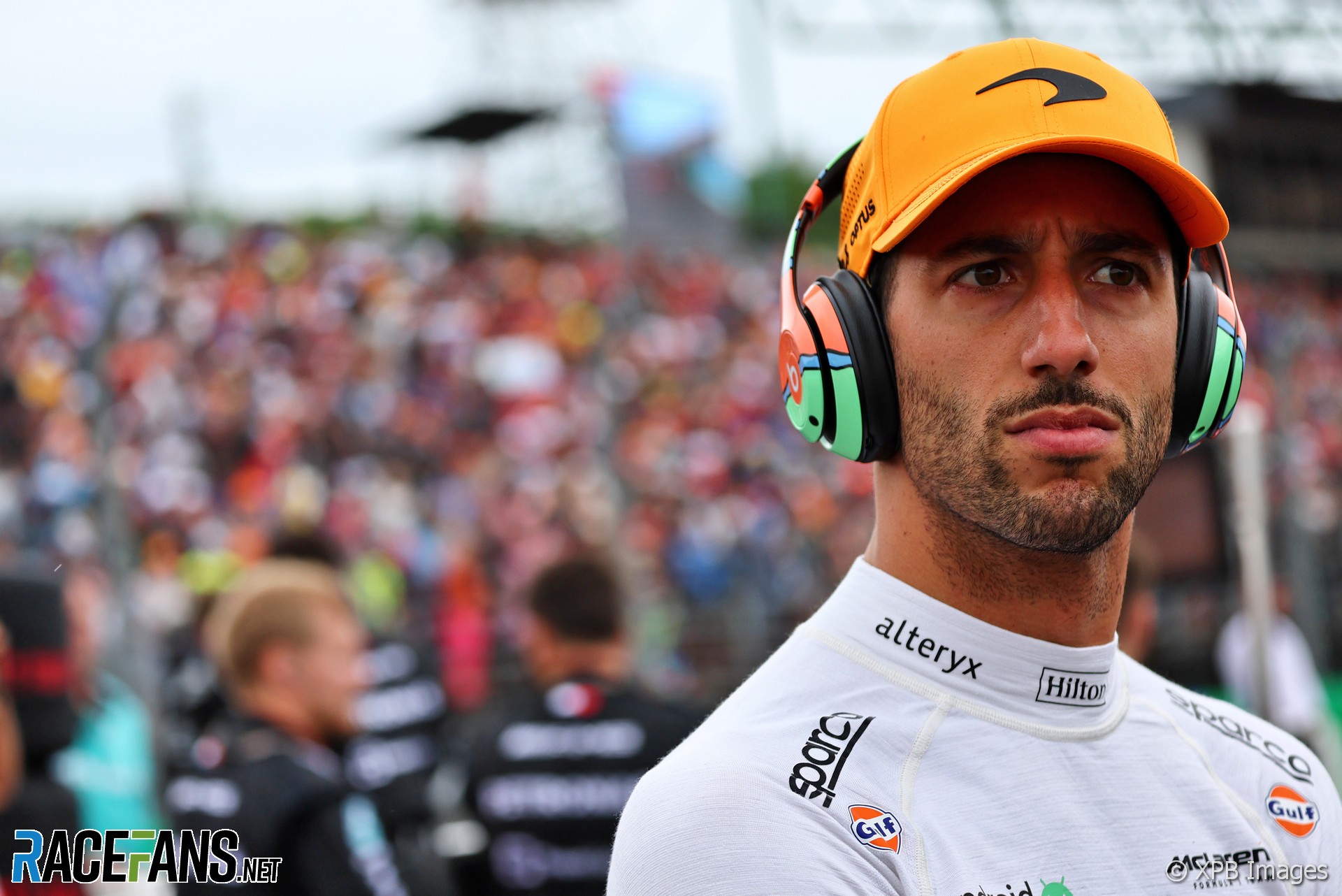 Daniel Ricciardo is eagerly anticipating the month-long break between the Hungarian and Belgian grands prix after a disappointing start to his second season at McLaren.

After finishing 15th in Hungary, a lap down after collecting a five-second time penalty for colliding with Lance Stroll, the McLaren driver Ricciardo said he was “so happy to have a break.”

He goes into the summer break having contributed just 19 of the 95 points McLaren has scored over the opening 13 races. He admitted it was “not the six months I wanted” and was looking forward to relaxing over the four-week August rest period.

“I need it,” said Ricciardo after Sunday’s Hungarian Grand Prix. “More so because it hasn’t been a good six months.

“But even if the season was going awesome, I think a break is still nice, just to get away. F1 these days, it’s intense. Even the hotels, they’re full of people and these kind of weekends are just so full-on that I think just getting away from the circus for a few weeks is going to be really nice.”

Ricciardo splits his time during the season between the United Kingdom where McLaren is based and his property in the USA, and usually visits his home country during the off-season.

“To be honest, switching normally gives me a natural reset to a point where I imagine, say 10 days, two weeks into the break, I would have kind of got the holiday out of my system, and then I’ll build that hunger back again.

“I kind of unnaturally think about it after getting time off. That’s normally how it works for me. Again, go out, be with friends, drink some beers, have fun. And then I’ll feel like I’ll get to the point where I start to feel, not guilty but just like ‘alright, time to turn it on again’. Then it’s kind of a natural switch that’ll come back in, probably after 14 days.”

Last month Ricciardo firmly rejected speculation he could find lose his McLaren drive a year early. He is currently in the second season of a three-year deal to drive for the team, but aside from a surprise win at Monza last year the expected results have largely failed to materialise.

Meanwhile Alpine reserve driver Oscar Piastri yesterday surprisingly rejected his team’s claim he will race from them next year. His manager Mark Webber is rumoured to be looking at placing him elsewhere, and McLaren would be an appealing option if a place can be found for him.