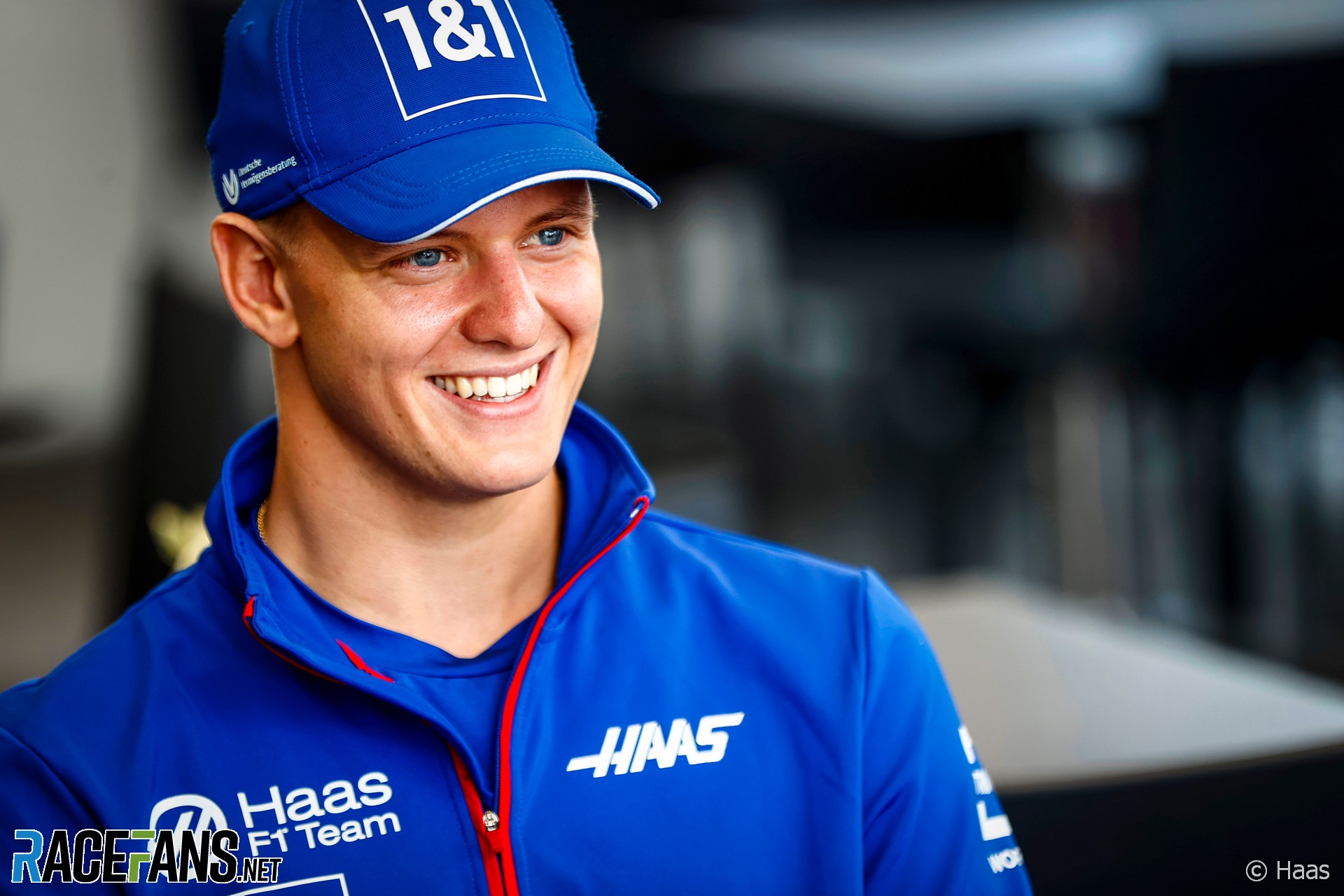 Daniel Ricciardo may have an earned reputation for having the cheeriest disposition of the current crop of Formula 1 drivers, but since joining the series last season, Mick Schumacher has quickly gained a reputation for being one of the more wholesome personalities on the grid.

From his visibly close relationship with mentor Sebastian Vettel off the track, to new Haas team mate Kevin Magnussen only having good things to say about working alongside the 23-year-old since rejoining the team, to how Schumacher is regularly spotted enjoying casual evening chats in the paddock with the likes of Lewis Hamilton and Carlos Sainz Jnr. It seems that everyone is a fan of Mick.

But despite his apparent popularity, Schumacher remains one of the most enigmatic drivers on the grid. Perhaps understandably, given his family history, the second-year driver has always kept his cards close to his chest with the media.

So when RaceFans had the opportunity to sit down with Schumacher and select media prior to the summer break, it was a rare chance to try and learn more about the Haas driver, who not long ago finally secured his first points in Formula 1.

Halfway through what Schumacher had previously described as not being a “real” second season in the premier class of motorsport – his first having been spent in a deliberately underdeveloped car – how would he assess his 2022 so far?

“If I exclude [Britain and Austria], I think it has been a tough season so far,” admits Schumacher.

“But, on the other hand, we had those two races which kind of turned it around. So I think that we’re quite confident that we have that pace. Also maybe we did before, but we were just a bit unlucky to show it at the time.”

Securing his first points with a strong drive to eighth at Silverstone was a huge relief for Schumacher and his team, but also especially for his loved ones. There are no louder and more passionate Mick Schumacher fans than his family – as so charmingly demonstrated by his sister Gina congratulating her brother over his radio after taking the chequered flag in Silverstone.

“I think the benefit is that I have a great family,” he smiles. “I have great support from them and I think that’s the biggest point. I’m grateful and I’m lucky to have such great parents.”

While it could have been so easy for Schumacher to grow up with a sense of entitlement and even arrogance due to possessing one of the most famous names in world sport, it’s little surprise to hear how his family ethos shaped his gentle and humble nature outside of the cockpit.

“Besides of who we are, I think just the whole mentality side of our family is amazing,” he explains. “It’s something that I would wish everybody to have.

“Unfortunately not everybody has it, but I’ve been able to grow in my own space and my own time. I was never forced to do anything. That’s a huge benefit in motorsport, because I feel like not a lot a lot of drivers had that privilege to learn at their own pace, but actually were forced to learn quicker maybe, or were brought up very harshly, which I’ve never experienced.”

But the Formula 1 paddock is infamously not a welcoming or nurturing environment for anyone – especially not for young drivers. Does graduating as a Formula 2 champion with the Schumacher name bring added pressure to perform at the highest possible level?

“No, not really,” Schumacher insists. “I mean, not that I know of.

“I’m sure that it has benefits and negatives, but I only see the benefits of it. I’m proud to be representing that name and to be able to show what I’m able to do.”

However, for much of the first half of 2022, Schumacher struggled to demonstrate what he was capable of. Major accidents in Jeddah and Monaco were particular lowlights. Haas team principal Guenther Steiner openly warning in the media that he would need to have a “serious conversation” with his driver if he continued racking up the team’s repair bill.

Unsurprisingly, he’s not too keen to revisit his earlier challenges after making such a clear step forward towards the halfway stage of the season.

“It’s obviously something you have to adapt to and you have to understand,” he says. “But that’s in the past as well. I think we really try to focus on what’s lying ahead.”

And how is it to have a team principal as eccentric as Steiner, who is not afraid to let the world know he needs more points and fewer shunts from Schumacher?

“Obviously everybody is their own human and is their own person,” Schumacher says. “Guenther has a very unique style of doing things.”

And is Steiner as straight-talking behind the scenes? “Yeah, I would say so,” Schumacher says. “I think he’s probably one of the people that has very little filter on and speaks their minds.

“But, at the end, it’s that thing of pressure – maybe sometimes I perform better under pressure than if I don’t have the pressure.”

Schumacher’s assessment of his own nature as a driver is reflected in his racing history – especially in junior formulae. In both Formula 3 and Formula 2, Schumacher secured the championship in his second year in each category – powered by a boost in form over the second half of both title-winning campaigns. Does he just find an extra level when there is more on the line?

“I don’t know,” he begins. “Maybe it’s a pressure thing? I just need the pressure in order to really get going. It’s something which is actually quite positive, because if you’re in the championship fight, you have pressure.

Having turned around his season with back-to-back points finishes and the promise of a heavily revised car waiting for him when the series reconvenes in Spa at the end of the month, will there be more or less pressure on him for the second half of the season, now he’s scored those first points?

“I think, at the end, Formula 1 is always pressurised, so you’re only as good as your last race,” he says.

“So at the moment, I’m happy. But also I understand that there’s no time for us to kind of lean back in any way. It’s actually always about trying to find the next bit of performance.”

“We’re still trying everything we can to make our car quicker – if it’s on the set-up side, or if it’s on the operational side. The focus is very much still on trying to improve and to become better and to achieve greater positions.”

Moving from being stranded on the back row of the grid every weekend to now actively fighting for points has been an important step for Schumacher, as he has finally been able to battle regularly with drivers other than ex-team mate Nikita Mazepin. Schumacher’s first points in Silverstone came after a ferocious final lap fight with Max Verstappen’s wounded Red Bull.

As he looks to the rest of 2022 and beyond, Schumacher is very much looking forward to having more opportunities to go wheel-to-wheel with the elite drivers on the grid. Especially those who, like his good friend Vettel, may not have too many seasons left in Formula 1.

“It’s great experience and hopefully I’ll have a lot more of those in the future.”

8 comments on ““Guenther has a unique style…” Schumacher on points, pressure and his team principal”