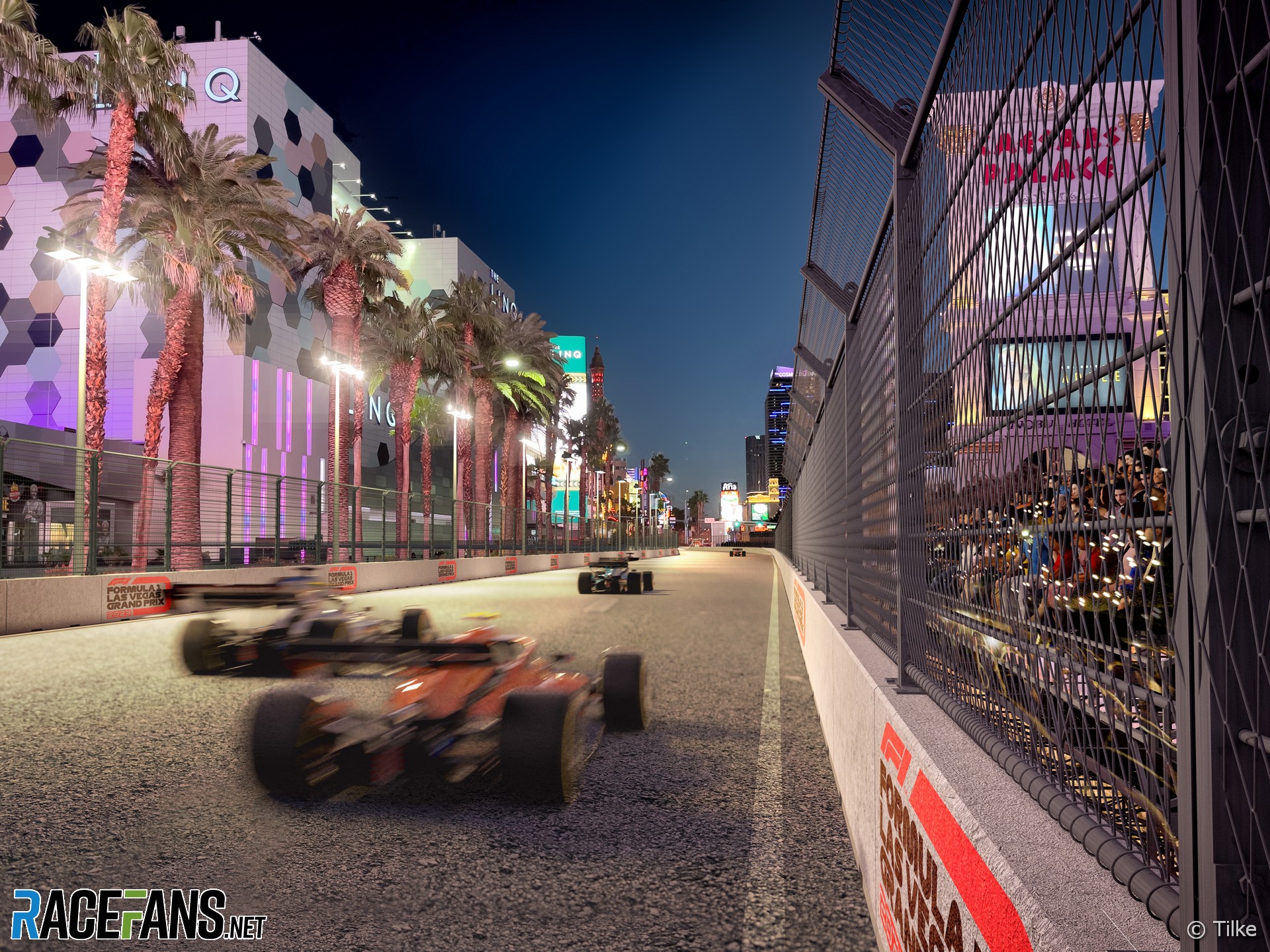 The date of the Las Vegas Grand Prix, one of multiple new rounds being added to the 2023 Formula 1 calendar, has been revealed in a letter leaked on social media.

The race, which will be the first grand prix to take place on a Saturday since 1985, will be held on November 18th. It is expected to form a double-header with next year’s season finale at the Yas Marina circuit in Abu Dhabi, which will take place the weekend after.

F1’s third race in the USA was announced in March. At the time the series indicated it would take place in November next year.

The leaked letter to the Las Vegas Convention and Visitors Authority shows the event will be held after the mid-November change in daylight savings hours in the region. With the race due to take place at 10pm local time on Saturday night, it will therefore start at 6am on Sunday for viewers in the UK and 5pm for those in Melbourne, Australia.

A five-year deal has been agreed for the race, keeping it on the F1 calendar until at least 2027.

F1 is purchasing a plot of land for its pit and paddock facility. Last week Liberty Media CEO Greg Maffei said the series intends to have “ongoing activations and events” at the site “even when the race is not underway”.

“The main paddock building, which is estimated to be 900 feet long, the length of three football fields will be exciting, and we’re actively working with potential commercial partners to expand our opportunities there,” Maffei explained.

“We are building out the F1 team in Vegas across sales, marketing, race operations, and more. We are leveraging local expertise and talent as well, including the LVCVA and our partners at Live Nation.”

He added F1 is “still working through the specifics on capacity” around the 6.1-kilometre, 14-turn street track, which will incorporate a section of the famous Las Vegas Strip.