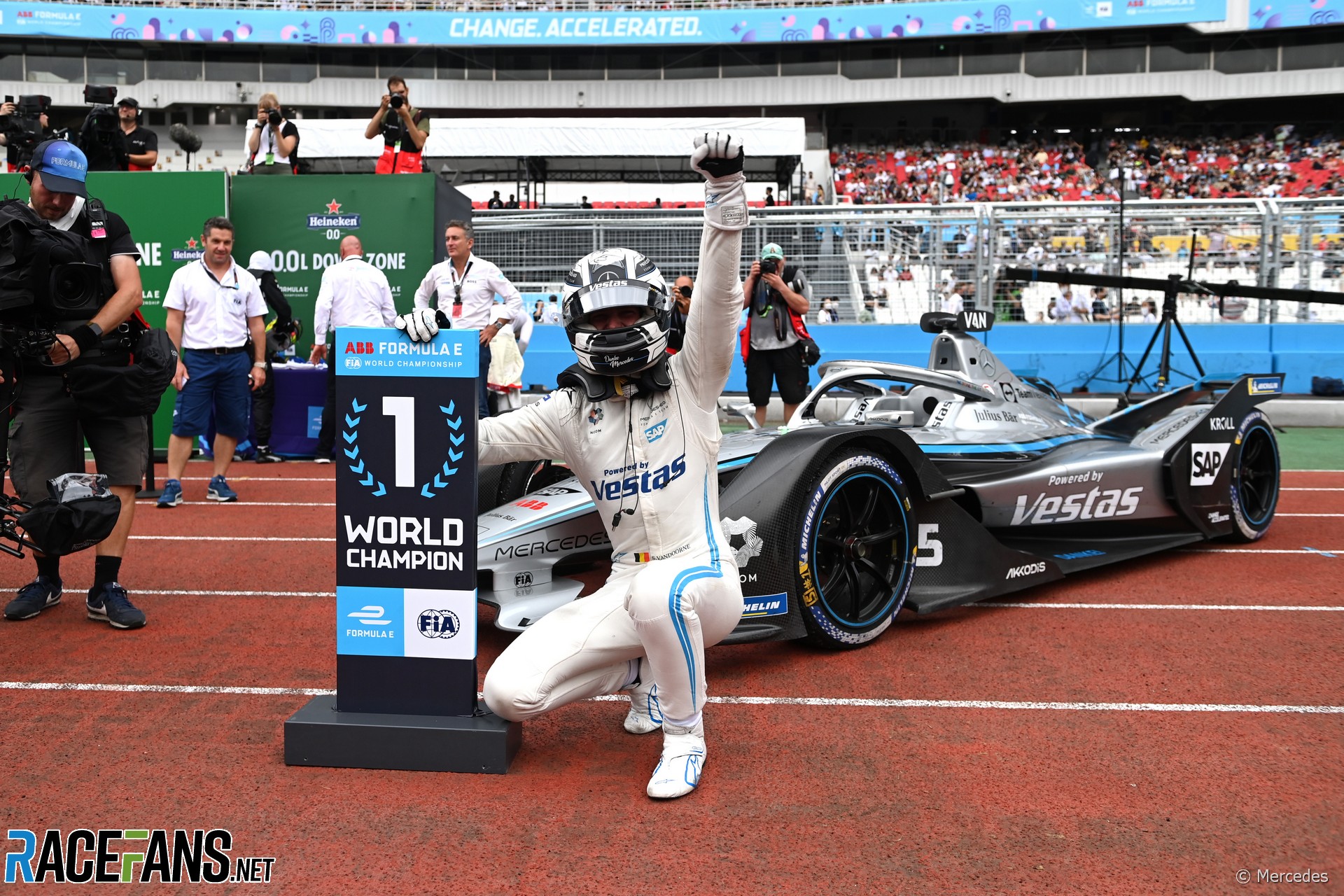 Stoffel Vandoorne was crowned Formula E world champion in the final race of the 2022 season as Edoardo Mortara won the season finale in Seoul.

The race was won by Edoardo Mortara, with Jake Dennis finishing second on the road but falling behind Vandoorne to third after serving a five second time penalty.

Before the race began, championship leader Vandoorne held the advantage on the starting grid as he had reached the duels in qualifying to line up fourth, while Evans could only manage 13th on the grid. Pole was taken by Antonio Felix da Costa, with Edoardo Mortara alongside him on the front row.

When the lights went out, Da Costa jumped out into the lead with Mortara holding off an attack from Jake Dennis for second. There was heavy contact on the opening lap with Maximilian Gunther clashing with Lucas di Grassi who then hit Dan Ticktum, causing a the field behind to briefly compact together.

On the start of the third lap, Mortara launched up the inside of Da Costa at turn 22and forced his way through into the lead. Dennis took advantage of Da Costa’s line being compromised to demote the Techeetah down a second position to third.

Da Costa in third, Vandoorne in fourth and Robin Frijns in fifth all took their first Attack Mode together, with Dennis in second place following on the next lap. Further back in the pack, Nyck de Vries and Pascal Werhlein collided while battling at turn one, sending Werhlein out and forcing De Vries to pit with damage, where he would also retire. De Vries would later be deemed responsible by the stewards

Leader Mortara took his first attack mode with 32 minutes remaining. After the top five drivers had all seen their first Attack Mode expire, all five remained in order. However, Vandoorne began to put Da Costa under pressure for third place.

Di Grassi pulled into the pits with an apparent puncture, dropping him down to 14th place and all but assuring the teams championship for Mercedes EQ. Then, Gunther pulled his Nissan off to the side of the road after breaking his suspension hitting the wall in the final sector. The Safety Car was deployed to allow Gunther’s car to be recovered.

When the race resumed, Mortara led away from Dennis, Da Costa and Vandoorne. Mortara immediate took his second Attack Mode, as did Da Costa in third. With the extra power, Da Costa was instantly able to challenge Dennis for second place, looking to the outside on the approach to turn 22. Da Costa appeared to through, but Dennis tagged the rear of the Techeetah at the apex, sending him skidding into the barrier and dropping Da Costa all the way to the back of the field.

The incident was investigated and Dennis was eventually handed a five second time penalty. The clash promoted Vandoorne up to third position, while Mortara continued to lead out front. Eventually standard race time expired, with over six minutes of added time applied. However, the leaders were too spread out for any battles for position to take place.

Mortara cruised over the final laps to take the chequered flag, a couple of seconds ahead of Dennis. Vandoorne was another second behind to secure the world championship, but inherited second place from Dennis after his penalty was applied.

Frijns was too far back in fourth to deny Dennis the final podium position, with Oliver Askew ending his season with a fifth place finish. Jean-Eric Vergne finished sixth, ahead of Evans who progressed up to seventh by the end of the race. Nick Cassidy and Sebastien Buemi claimed eighth and ninth, while Da Costa recovered from his clash with Dennis to take the final point in tenth.

Mercedes EQ also claimed the teams championship for the second consecutive year in their final race in the series. Mercedes EQ will transition into McLaren Electric Racing for next season.