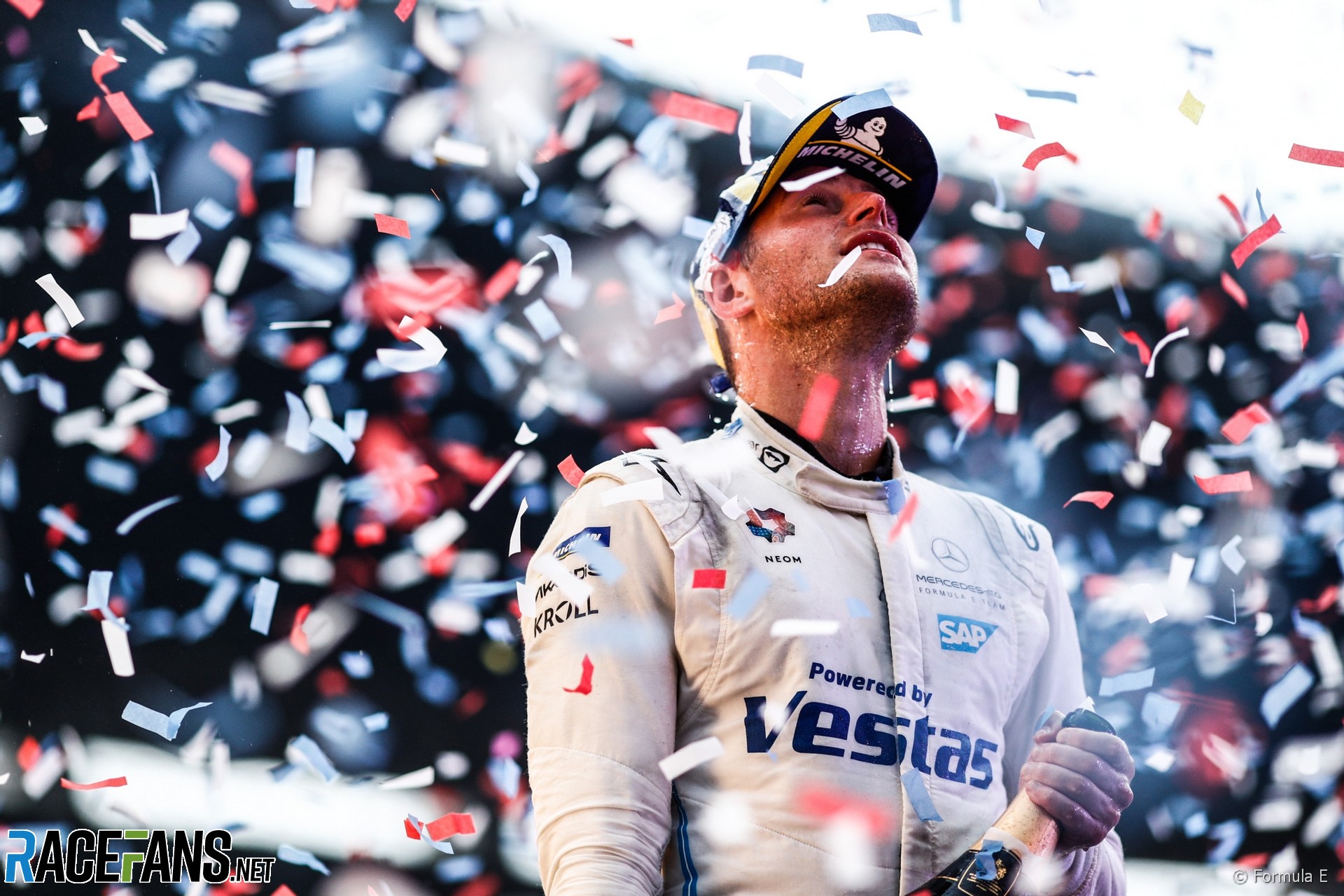 When Stoffel Vandoorne crossed the finish line in Seoul to claim the 2022 Formula E title, he fulfilled the promise of a world championship title that many felt he had show by dominating the 2015 GP2 title.

His title may not have come in Formula 1, but Vandoorne’s jubilation at taking the championship in a series he came into entirely fresh back in December of 2018, just weeks after losing his F1 seat at McLaren.

“I mean, I’ve come a long way,” Vandoorne said when RaceFans asked him to review his Formula E journey from F1 cast off to world champion.

Vandoorne’s Formula E story is also the story of both Mercedes’ involvement in the series and the life cycle of the Gen 2 car – spanning four seasons and 55 races. After starting life as HWA, the team evolved into Mercedes EQ, taking two championships in the final two seasons for the Gen2 car with Nyck de Vries and then Vandoorne himself.

“Not only to myself, but also to the team, because I joined with HWA which obviously was the first season as a preparation year for Mercedes before Mercedes was coming in. But also, even when I did my first race, I was still combining it with Formula 1 at the time. So my mind was still kind of between both and not really 100% focussed on it, let’s say.”

According to Vandoorne, it was a steep learning curve to join a new series and entirely new form of racing with a new team and get up to speed against established drivers who had been there from the very beginning

“The initial part was challenging because I just had zero experience in Formula E and also my team didn’t have any experience in Formula E,” he continued. “I couldn’t like come in and everyone was just telling me, ‘okay, you have to do this and that’ and get used to it. “We were just learning everything together.

The first full season with HWA saw him finish down in 16th in the drivers’ standings with only one pole (Hong Kong) and one podium (Rome) to show for it. He only finished in eight of the 13 races that season.

“At the start it was tough. We had a lot of failures on the car as well. Some mistakes from all sides – from my side, from the team – but we quickly started learning and we had some incredibly talented people in our team that made it possible to progress so much in these four years that we did together.

“So yeah, the beginning was painful. I think it was kind of necessary, almost, to go through a difficult phase like that to then make everyone realise ‘this isn’t going to come easy’. This is a proper championship. The competition is super tight and we really built a strong package from there.”

Once he had experience and the Mercedes factory team got into the swing of the unique electric racing format, the results soon picked up. He finished runner up in the covid-affected 2020 championship, but was out performed over the course of the 2021 campaign by team mate De Vries in a year heavily impacted by volatile qualifying results. Then, in 2022, Vandoorne’s sheer consistency and ability to keep scoring solid points every race helped move him ahead of his rivals as the driver to beat in the standings.

“I started to get to grips with Formula E, started to become better and better,” he said. “Just naturally with experience as well, you start to learn the tricks of the car – how to make the most of it in qualifying.

“But I would say especially in racing, that’s where I kind of grew the most as a driver, with the energy management, trying to do a better job than the others, being able to read the race, when to attack, when not to attack. I think that’s where I maybe got a bit of an edge coming into this year.

“Time after time I managed to pull off great races, even when qualifying didn’t go so well or even when scenarios happened in a race where I was dropping back at the start – I always managed to recover it and get some big points on the board. So I feel like that’s something that made a big difference.”

With Mercedes EQ now transitioning into McLaren Electric Racing for the new era of Gen3, Vandoorne has not yet formally confirmed which team he will defend his title with for 2023. But he will be on the grid to race through Formula E’s second major evolution in nine years.

“[When it comes] to the point of how the championship has evolved, it’s changed massively,” Vandoorne says. “In season six Mercedes joined and we had Porsche joining as well.

“Also naturally with the same generation of cars every year that you do, everyone just gets more competitive. I think the competitiveness at the end was just incredible. We have metrics that our team shows after every event of how close everyone is and when you look at the percentage, it was just insane how close everyone was. We’re talking between like 0.3% that the competition was. It just showed how important it was to, week after week, be able to nail the setup of the car, but also as a driver, you had to do you had to do the job, otherwise you were just not at the front at all. It’s become way more competitive over the last three or four years.”

Whatever comes in the future for Vandoorne and Formula E, the new world champion is simply revelling in his achievement for now.