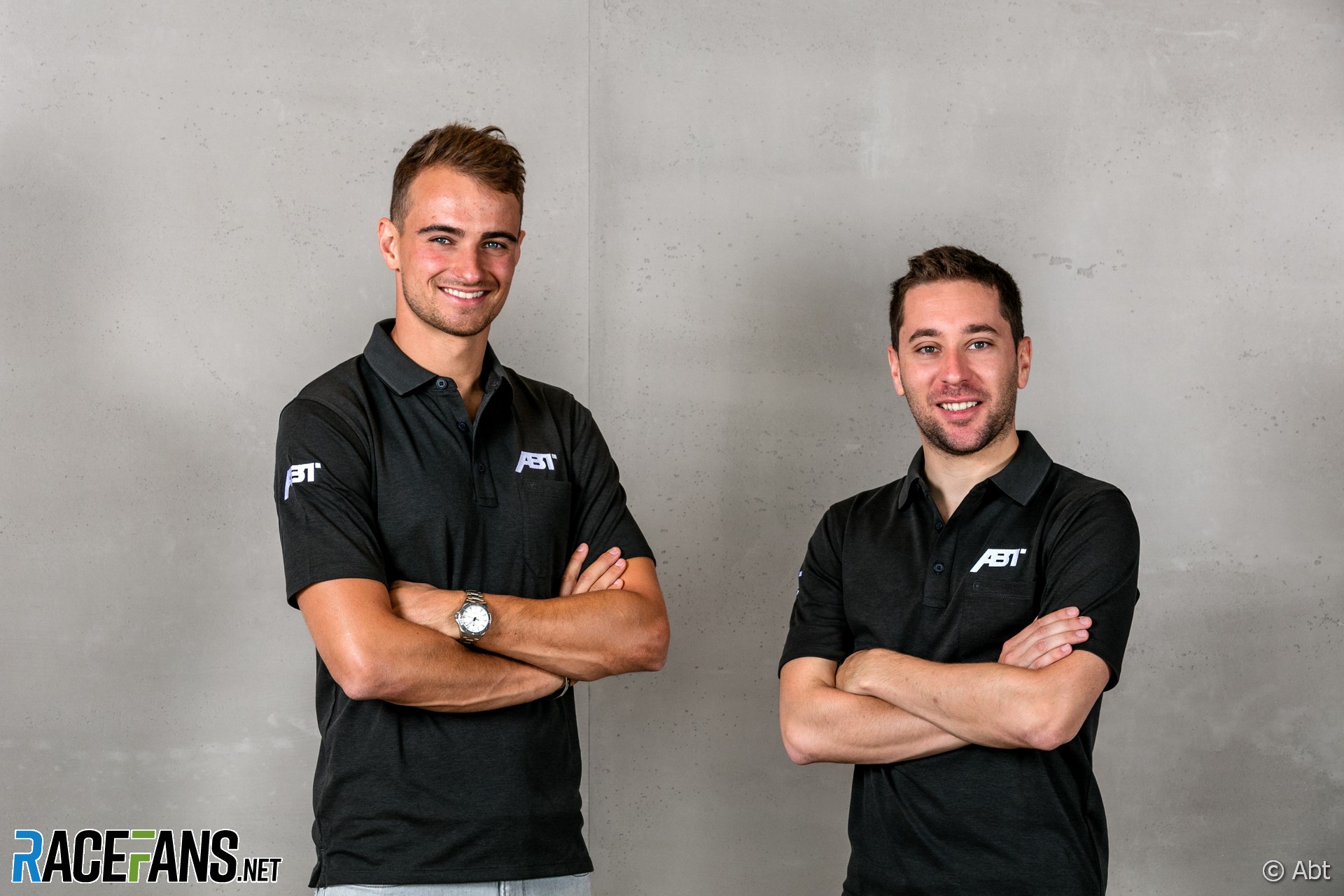 Abt have chosen Robin Frijns and Nico Muller to be at the wheel of their Gen3 cars when the team returns to Formula E for the 2022-23 season.

The German squad was present in the series from the inaugural race in 2014 through to the end of the 2020-21 season as Audi pulled out after campaigns in which Abt were their works team in FE.

Abt will source powertrains from Mahindra when they return, becoming an outright customer team of a manufacturer other than Audi for the first time in their extensive international competition history.

“Robin and Nico were our absolute dream team right from the start,” said Abt’s managing partner Hans-Jurgen Abt, “because they have everything we need for our FE comeback: speed, experience and the right spirit.

“If we want to hold our own against the big factory teams in the new season, we need a small and powerful team. And that’s where Robin and Nico fit in perfectly.”

Frijns moves to Abt from Envision Racing, where he has spent the past four seasons, taking two wins. For three of those years he also competed for Abt in the DTM, so knows the team well.

“We had a great atmosphere in the team and were very successful,” Frijns said. “That’s exactly how we want to continue in FE.”

Muller was has spent five years racing for Abt, three of them as Frijns’ team mate and two of them in which he was DTM runner-up. He has past FE experience from a season-and–a-half spent with the Dragon-Penske squad during which he finished second in race one of the infamous 2021 Valencia E-Prix where many drivers ran out of usable energy.

“After our great years together in the DTM, I’m really looking forward to this new chapter with Aby and to my return to Formula E,” said Muller.

“And then, I’m also racing together with Robin, with whom I simply had a great time on and off the track – I think there are some good ingredients coming together that will put us in a good position for this new challenge. Personally, I still have a score to settle with FE after my difficult year-and-a-half anyway, and I’m happy to have the chance to settle it together with this team.”

Abt’s CEO Thomas Biermaier hinted that he had to fend off interest from other teams to sign his two drivers for next year, and it has not yet been confirmed if the pair will continue their other racing programmes alongside FE.

“We know from our years together in the DTM that they are fast, true team players and share Abt’s passion,” said Biermaier. “The fact that they both chose us, despite other tempting offers, shows how important the Abt family is to them and makes us a bit proud.”