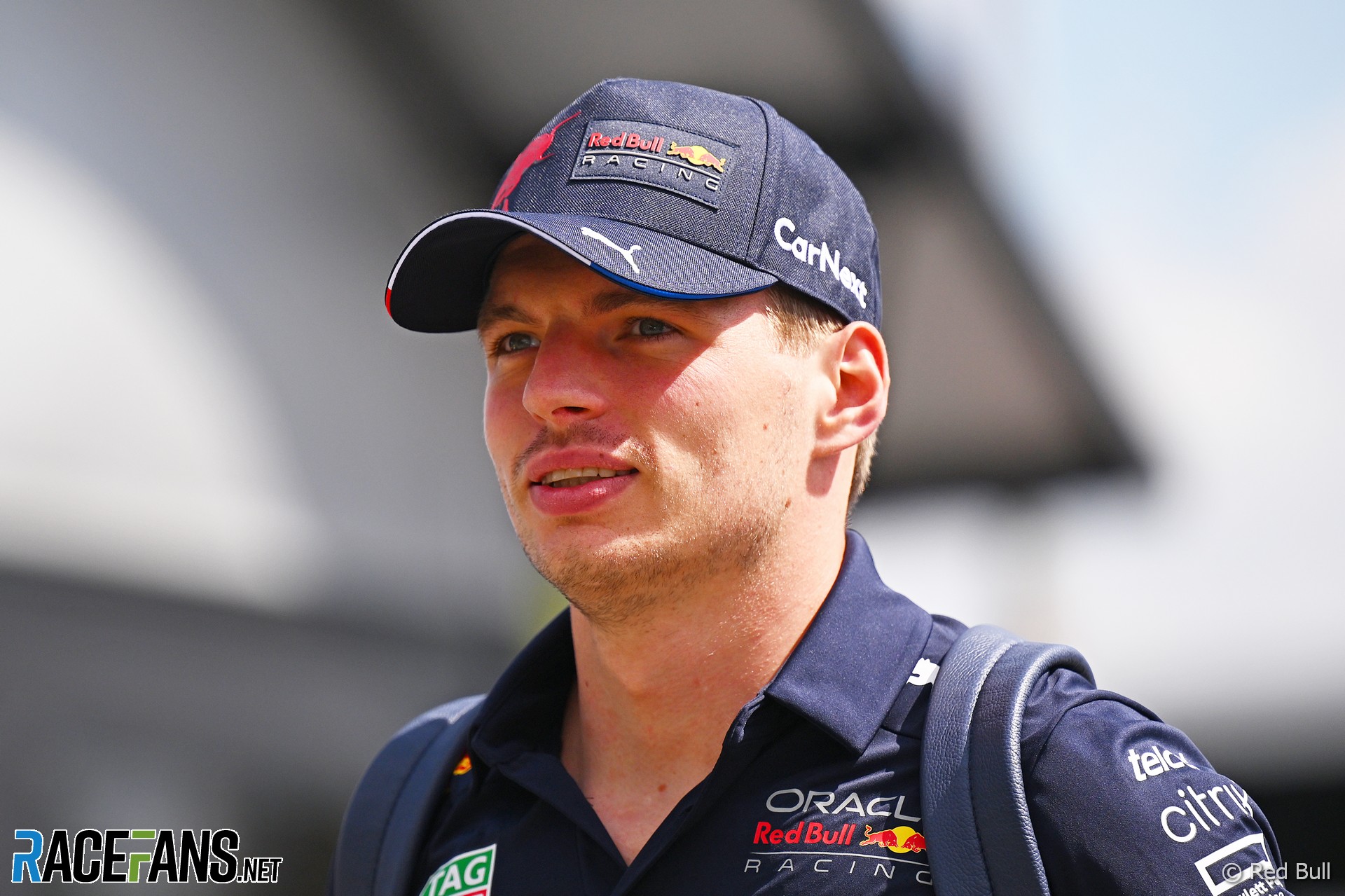 Max Verstappen has called on social media companies to do more to stamp out online hate after his strategist Hannah Schmitz was targeted following the Dutch Grand Prix.

The Red Bull driver’s victory at Zandvoort came after he benefitted from the timing of a Virtual Safety Car period which was caused by one of the team’s junior drivers. Yuki Tsunoda came to a stop on-track twice in unusual circumstances as he mistook a broken differential for a loose wheel following a pit stop.

This prompted wild conspiracy theories on social media alleging Red Bull had colluded with AlphaTauri. The latter called the claims “unacceptable, untrue and completely disrespectful” in a statement the day after the race.

Verstappen said he was “happy they put that statement out like we’ve done with many other things as well to address things. That’s how it should be.

“But at the end of day, these things shouldn’t even happen because first of all, to think about these kind of things is already ridiculous, because why would you even think that is possible in this sport? Also that individuals get hated on, it’s beyond me how you can do that.”

“But I think Hannah is a very strong person and she knows what she’s doing,” he continued. “We don’t need to speak one on one for that, also I think Hannah’s not here this weekend. But for sure when I see her, maybe we mention it, but on the other hand, we shouldn’t give it too much attention because these people don’t deserve it.”

“That’s the problem, when you leave everything open on social media, everyone can say what they want,” he said. “I think there needs to be a lot more addressing on hate.

“It seems like these companies, they put a bit of focus on it, but it’s still not enough because you can create other kind of accounts and you can just keep on going. Even if they block your IP address, you can do it somewhere else. People are smart enough to go around it.

“So definitely they need to come up with a solution for that because of course social media is growing. I think in general it’s a great thing and a great tool to have but some some parts of it are a bit negative.”

The accusations of foul play were “just ridiculous”, Verstappen added. “What other people say on social media, at the end of it, doesn’t really bother us. But it should really not happen in the first place and that’s what you try to address and you try to stress as well.

“Hopefully in a few years’ time these things are not possible anymore to do. And then besides that we were a strong team and we are very happy to be here and we just focus on our job.”