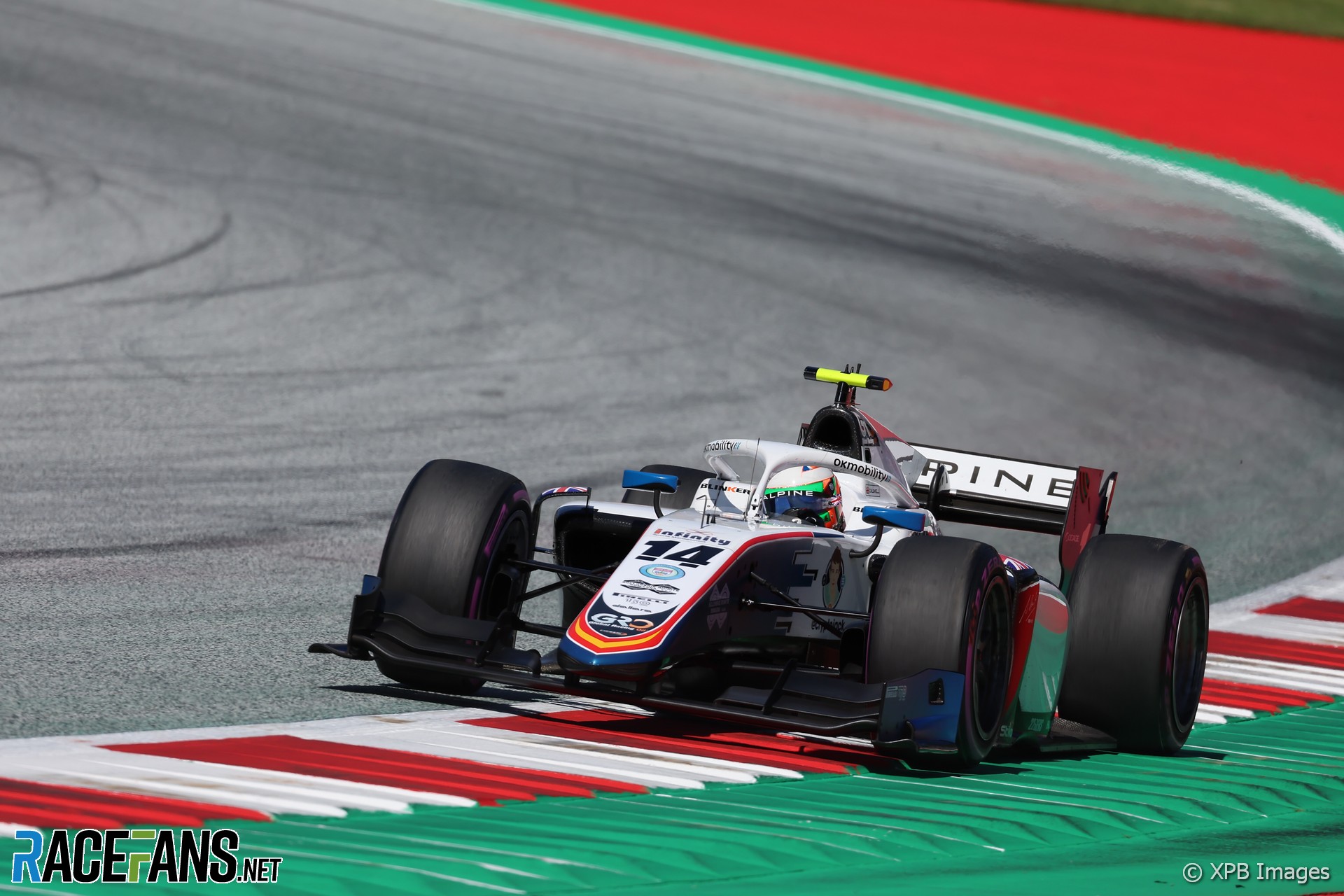 Three F2 drivers have been given race bans this years after reaching the threshold of 12 penalty points. Each incurred some of those points for exceeding track limits.

One of those drivers, Oliver Caldwell, earned more than half of his points for track limits offences, including five in a single race in Bahrain. The drivers’ other points were given for more serious infringements such as failing to respect warning flags, speeding in the pits or collisions with other drivers.

Asked by RaceFans whether banning drivers chiefly due to track limits violations was excessive, Michel said: “I completely agree.”

“I think there are absolutely clear reasons for which a driver needs to be penalised, if they do something dangerous or if they’re not applying the regulations,” he said.

“Track limits of course is something that needs to be looked at, there’s no doubt about that. But we had some situations where I think [for] track limits a driver got six penalty points over the same race, or something like this, and obviously there’s something wrong with that.”

F2’s track limits penalties work in much the same way as F1’s, where drivers are given penalties if they repeatedly run too wide during a race. Michel said he plans to discuss with the FIA whether the rule needs to be revised.

“So, yes, that’s something that we need to address with the FIA, of course, because they are the regulators, to see that this can be applied with with common sense. Because track limits are very important but on the other end, having a race ban because of track limits is a little bit too harsh.”

16 comments on “Bans for drivers over track limits are “too harsh”, Formula 2 CEO admits”