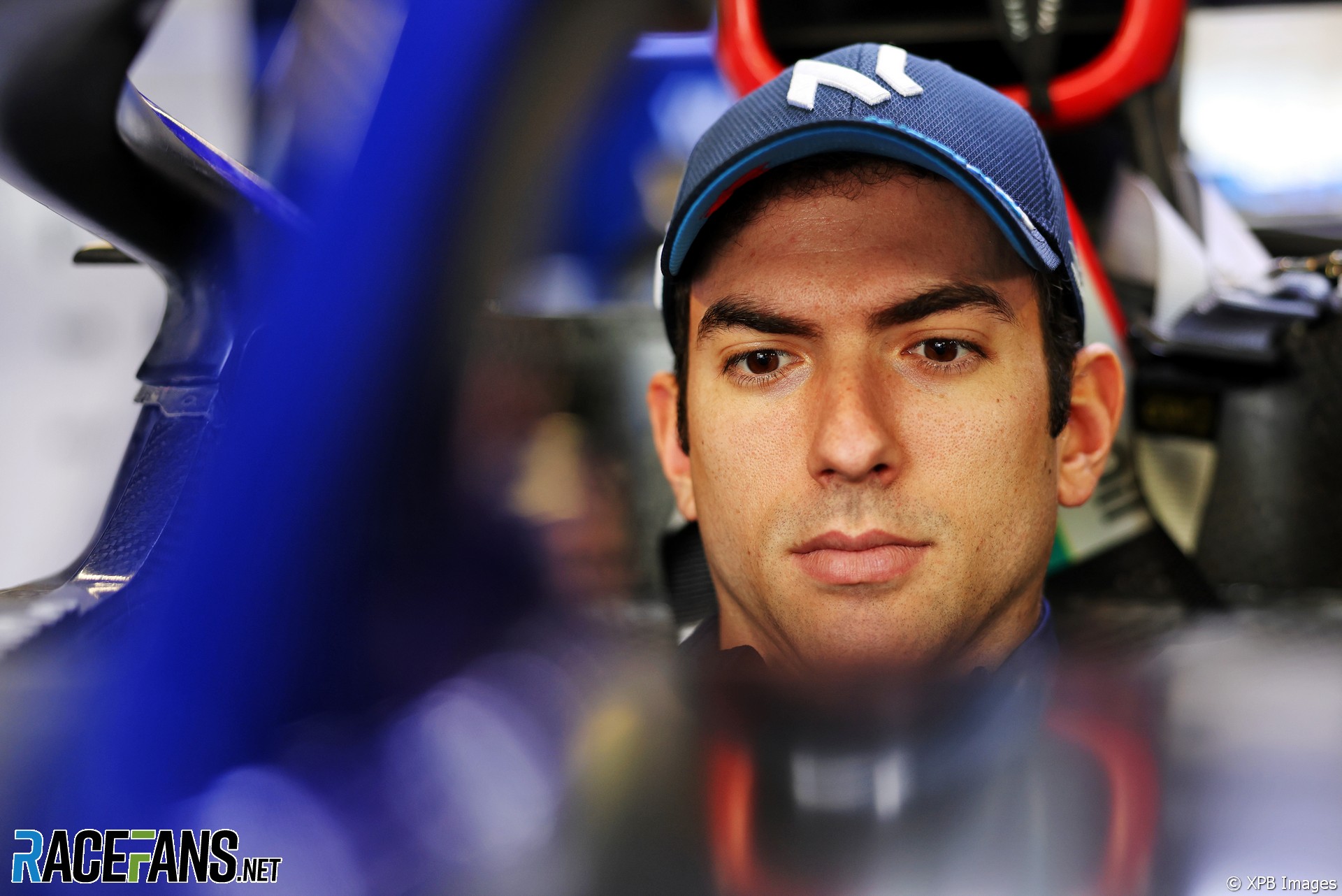 Nicholas Latifi’s Formula 1 career appears to be over as Williams has confirmed they will not retain the driver for the 2023 F1 season.

The 27-year-old made his F1 debut with the team in 2020, alongside George Russell. Neither driver scored in a difficult year for the team, but Latifi helped end their point-less drought the following year in Hungary, leading his team mate home as they took seventh and eighth places.

That proved the highlight of an otherwise largely unsuccessful introduction to F1 for Latifi. He managed only one other points score, in the shortened, one-lap Belgian Grand Prix.

Latifi attained notoriety after he crashed out of last year’s season finale in Abu Dhabi, triggering a Safety Car period which led to the contentious conclusion to the championship. He later revealed he suffered abuse on social media, including death threats, in the weeks which followed.

After 16 of 22 races this year, Latifi remains the only full-time driver yet to score a point. His plight deepened in the last race at Monza where he was out-qualified by substitute driver Nyck de Vries, who went on to equal the team’s best finish of the season with ninth place.

Williams previously announced Latifi’s current team mate, Alexander Albon, will remain part of its line-up next year. It has now confirmed Latifi will not be his team mate.

“I would like to say an enormous thank you to Nicholas for his three years of hard work with Williams,” said team principal and CEO Jost Capito. “He is a great team player who has a great attitude towards his colleagues and work and is well-liked and respected throughout the business.

“Our time together is now coming to an end, but I know he will put full effort in to maximise what we can do together for the remainder of this season. We wish him all the very best of luck for his future, both in and out of the cockpit.”

Latifi first drove for Williams in practice during the 2019 season, having also drive for Force India the year before. He thanked the team for their support over his three years racing for them.

“My initial F1 debut was postponed due to the pandemic but we eventually got going in Austria and, although we have not achieved the results together we hoped we would, it’s still been a fantastic journey,” he said.

“Getting those first points in Hungary last year was a moment I’ll never forget, and I will move onto the next chapter of my career with special memories of my time with this dedicated team. I know none of us will stop putting in every effort until the end of the season.”