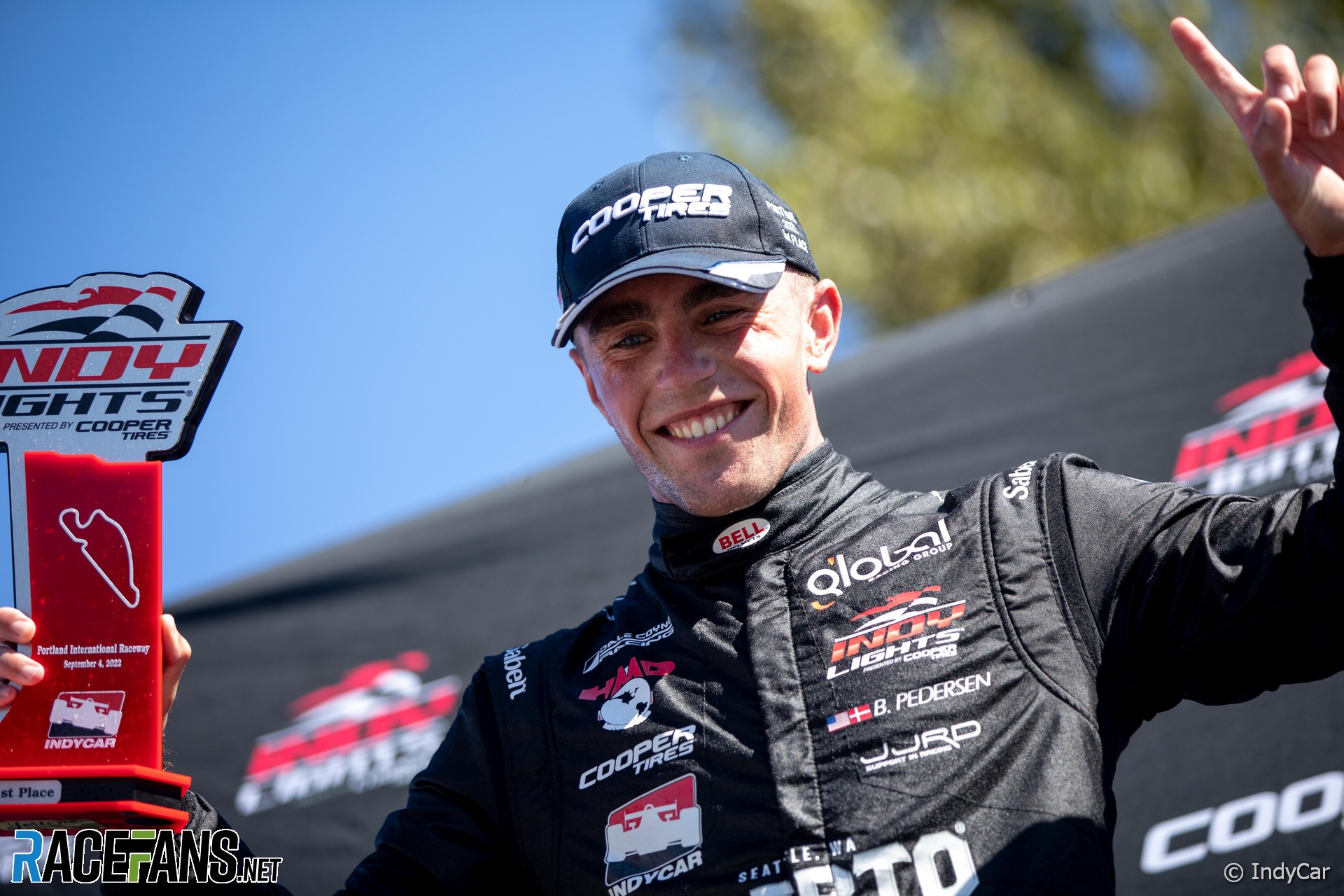 The 23-year-old Danish-American has spent the past two years in Indy Lights in a car co-run by Global Racing Group and HMD Motorsports. He came fourth in the 2021 standings with six podiums and then finished fifth in this year’s championship with five podiums including a first win at Portland.

“I’m super-excited to get going with the team,” Pedersen said. “I’ve spent a lot of time this season with AJ Foyt Racing learning the ins and outs of making the jump to IndyCar, and it’s been really nice to do that in conjunction with my Indy Lights season.

“IndyCar has been my target goal since I started open-wheel racing in 2016. The racing, atmosphere, fans, events, tracks, et cetera are all awesome.”

Pedersen expects his Indy Lights experience will prepare him well to make the step up to IndyCar next year.

“The Indy Lights series and car serves as the ultimate transition into IndyCar,” he said. “From a series perspective, Indy Lights goes to the IndyCar events, so we share the same weekend format, points, rules, race director, et cetera. This makes the transition very natural to IndyCar, as all of these things will stay the same.

“From a car perspective, I can say first-hand that the Indy Lights car is a great car to transition from since it really rewards pushing to a high limit and almost overdriving a bit on the peak of the tire.”

Foyt is yet to confirm which of its cars Pedersen will drive. However it was previously announced that Kyle Kirkwood – the driver of the number 14 entry that Pedersen shadowed on the pit wall this year – leave to join Andretti Autosport for 2023.

“We are really looking forward to having Benjamin as part of the team,” said team president Larry Foyt. “His enthusiasm is infectious, and he is 100% committed to IndyCar, AJ Foyt Racing and doing the best he can to win races.

“It’s been great to have him embedded with the team this past season, and everyone is excited to hit the ground running when testing begins. It is also great to have a multiyear program in place, which will help him and the team grow together.”