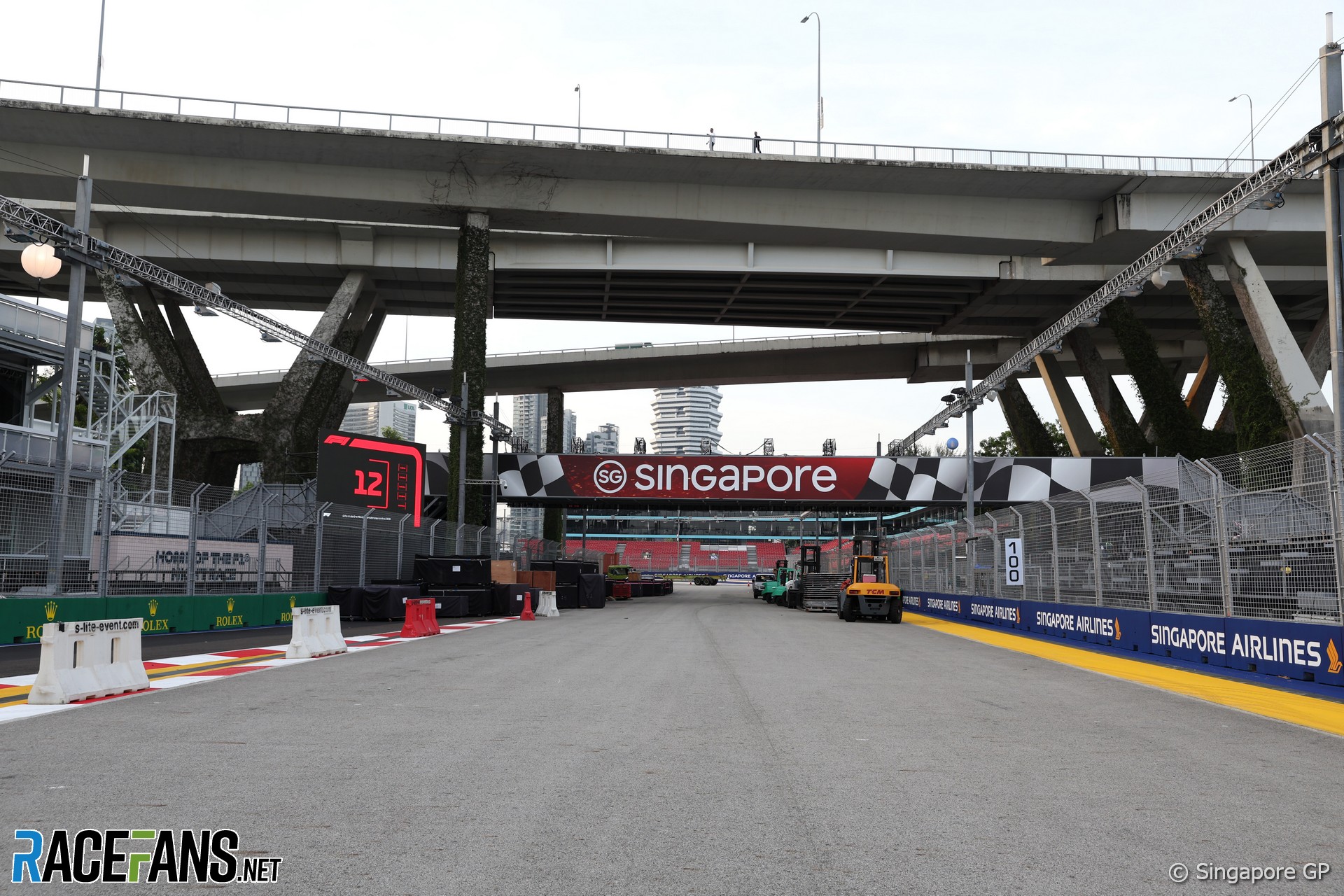 Three sections of Singapore’s Marina Bay circuit have been resurfaced for Formula 1’s return to the venue this weekend following its three-year absence.

Parts of the track have been relaid in a bid to reduce the ‘porpoising’ and bouncing F1 teams have experienced with their new cars this year.

Most of the Marina Bay circuit uses streets which are closed for the event. Maintenance work has taken place on some of these roads since F1 last race at the circuit in 2019.

The track operators enlisted circuit architects Dromo to consult on the work and ensure the racing surface was up to the required standard for holding a grand prix again. As part of this, the engineers took steps to make the track less likely to induce the porpoising many drivers have complained about this year.

F1’s revised technical regulations for 2022 brought back ground effect aerodynamics to the world championship. This allows teams to generate downforce by running their cars very low to the ground. However this made them more sensitive to bumps and at high speeds can lead to porpoising, where the car rises and falls on its suspension rapidly. The poor ride quality is especially acute at bumpy circuits, particularly where high speeds are reached.

This has been a focus of the changes at Singapore, along with improving drainage around the five-kilometre circuit.

“This was done through the use of our laser analysis systems, where you can see any uneven surface and also where puddles may eventually form due to track geometry.”

The sections which have been resurfaced run from turns five to six, between the Andersen bridge after turn 12 to turn 13, and the series of corners which spans turns 14 to 20.