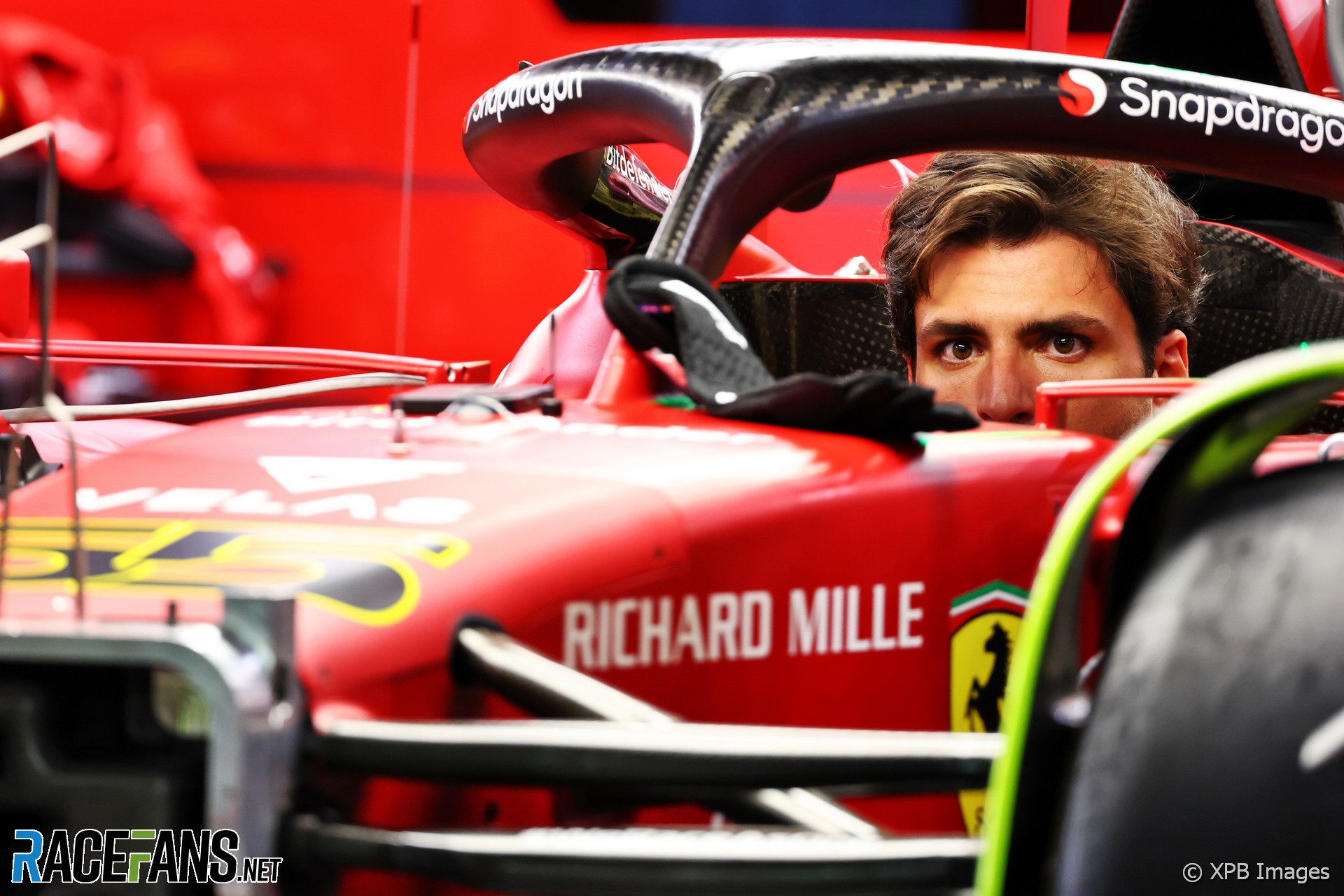 Ferrari are more “concerned about getting back to winning” this season than beating Mercedes in the constructors’ championship, according to Carlos Sainz Jnr.

The team has four wins so far this year, while Mercedes are heading towards their first win-less season since 2011. Ferrari have a 35-point lead over their rivals with six races to go.

Mercedes have cut into their points lead in recent races. Ferrari have only got a single car on the podium three times in the past five rounds, despite starting from pole position three times.

Nonetheless Sainz said their priority is returning to winning ways rather than ensuring they claim the runner-up spot. “We are concerned about getting back to winning, more than [beating] Mercedes,” he said. “Honestly, we know we’ll get back to winning before the end of the season, then the battle with Mercedes should be sorted.

“I think we have both cars always qualifying in the top three, top four. So we need to get that race pace back like we did in Monza. We had a much better race pace, and like this we don’t get out-raced on Sunday from the Merc now.

“We just need to get focusing on trying to beat the Red Bull whenever we can, and that should sort out the championship battle.”

His team mate Charles Leclerc remains mathematically in contention for the championship, but could see his title ambitions end at this weekend’s Singapore Grand Prix should he score poorly and Red Bull’s points leader Verstappen wins.

“I think a track like this should suit our car, but Red Bull has done a big step forward since the summer break, so I think it’s going to be difficult against them,” said Leclerc. “Let’s see. Our focus is mostly on the race.”

Leclerc has been on pole eight times this year but only won three grands prix, and knows Ferrari have to improve beyond just their car to be winning again.

“I would really like to use these six last races of the season to try and focus on the way we execute our Sundays, and this is super, super important going forward. We’ve done an incredible step forward last year to this year in terms of performance, there’s another step that needs to be done in order for us to win the championship. Our focus in these last six races is on exactly that.”