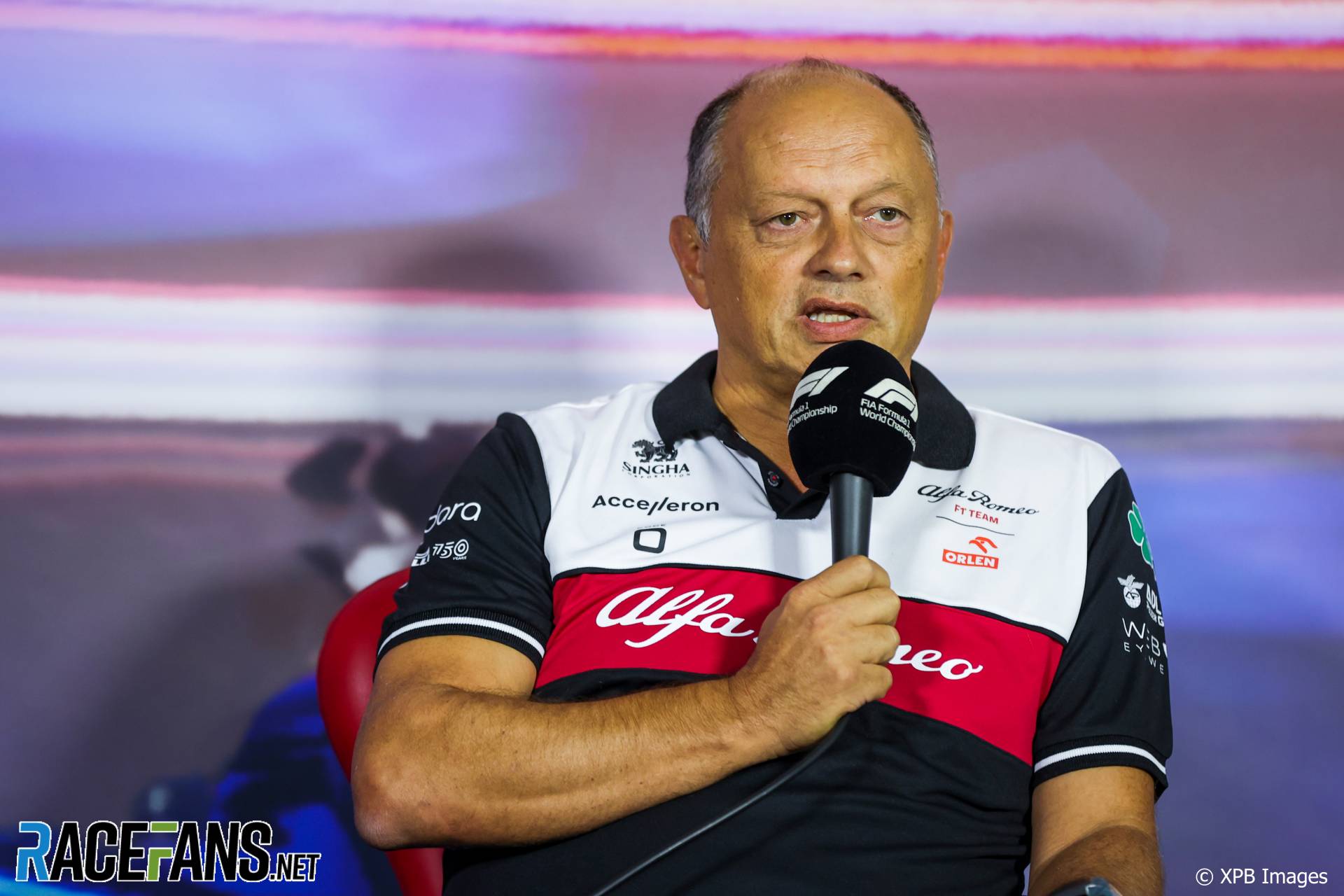 Alfa Romeo team principal Frederic Vasseur says the FIA “must take action” if it finds any team has breached the budget cap due to the potential scale of the advantage gained.

Multiple reports have suggested that the FIA may announce next week two teams failed to fully comply with the Financial Regulations it introduced last season.

The FIA have said their assessment of all teams’ budget submissions is ongoing. Red Bull team principal Christian Horner has repeatedly denied claims his team exceeded the spending limit.

Vasseur said any breach of the spending limit should be viewed seriously by the FIA. He believes the sport’s governing body must consider how the potential benefit gained by exceeding the limit would compare to technical infringements.

The Financial Regulations define a “minor” breach of the spending limit as up to 5% over the $145 million cap. Vasseur said that extra $7.25m would be extremely valuable to a team.

“We have to take action,” he said. “It’s not a matter of ‘X millions’ or whatever because I don’t want to disclose numbers, but the budget of development of Alfa Romeo… we are speaking about three times this,” said Vassuer. “It’s three times this. It’s a mega amount.”

He pointed out the team has suffered disqualifications in the past for failing to comply with the technical regulations by small degrees.

“I was disqualified for 0.9mm two years ago – Mercedes, something like 1mm in Sao Paulo last year. You have to put everything in perspective.”

All 10 teams should have no ambiguity over what is and is not permitted by the financial regulations, Vasseur argued, due to the extensive discussions held between the teams and the FIA around their introduction.

“We had two years now to discuss with the FIA to ask for clarification,” he said. “I think we had a clarification on the financial regulations almost every week.

“It means that teams are asking questions to the FIA and they are replying to everybody and if we have a grey zone, I think it was also our job to ask for clarifications.”