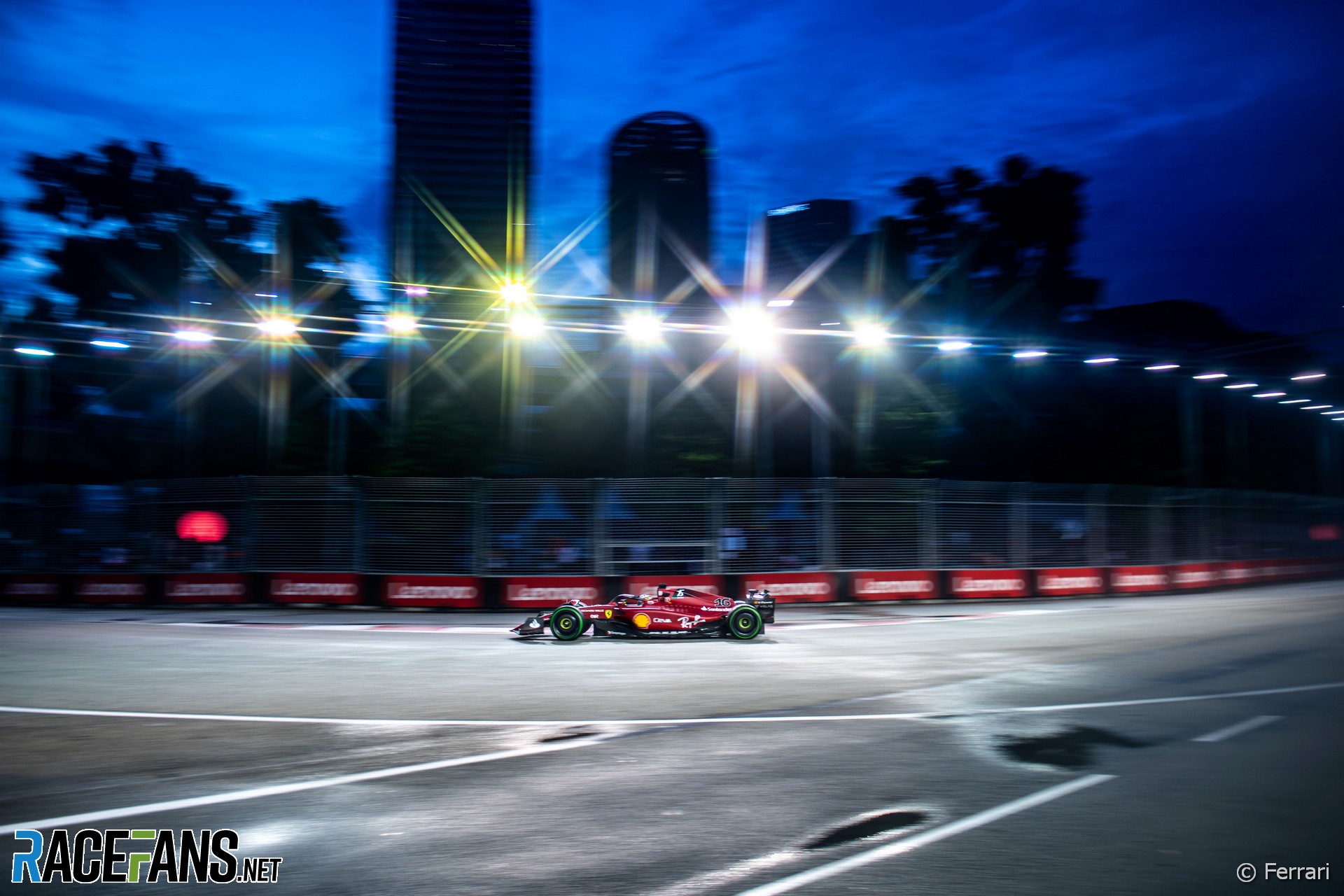 In recent seasons, the Formula 1 calendar has bloated to its current 22-race size in no small part due to the addition of many new street circuits.

The Singapore Grand Prix at the Marina Bay circuit, however, is not an artificial street circuit like Jeddah or Miami – purpose-built and lined with walls out of design rather than necessity. And while it traverses actual city streets, much like Monaco, it has far longer straights and more frequent overtaking opportunities than drivers could ever dream of having around Monte-Carlo.

With its energy-sapping humidity and punishingly race length, which regularly skirts the two-hour maximum limit, the Singapore round is perhaps the greatest physical challenge drivers will face all season. And after a 100% Safety Car deployment rate across the 12 previous editions, there is no such thing as a straightforward Singapore Grand Prix.

But as eight of the 12 previous editions of Formula 1’s original night race were won from pole, Charles Leclerc can rightly feel confident heading into Sunday after securing the top spot on the grid – despite spoiling his final lap with an error, only to be let off the hook by Red Bull’s costly fuel misjudgement for Max Verstappen.

“Not my last lap, but the one just before was really good and was the lap for pole,” said Leclerc. “And my last lap, unfortunately I did a mistake. It wouldn’t have changed anything, but maybe if Max had finished the lap, we probably would have lost pole for this mistake.”

Red Bull signed Sergio Perez almost two years ago largely on the basis that he would be able to fight up front for them if and when Verstappen would be out of contention. And when their misjudgement left Verstappen down in eighth, Perez was just two-hundredths away from denying Leclerc pole, with only a small mistake of his own ultimately keeping him from a third career pole.

“I had a big moment into turn 13,” said Perez. “We’ve been struggling a lot with the driveability and I had a massive moment under braking, which I’m happy just to complete the lap because I lost quite a bit of lap time.

“It’s a bit disappointing to be so close to pole, But on the other hand, it’s a good result and I think we are in a good position to fight from there.”

In third on the grid sits a third different car – the Mercedes of Lewis Hamilton, starting further up the order than it has all season. All throughout the year, the Mercedes’ form has yo-yo’d almost as much as the W13 itself has over bumps. After a modest start to the weekend on Friday, Hamilton was thrilled to have been only five-hundredths of a second away from his first pole this year.

“I was pushing so hard and it was incredibly close,” Hamilton said. “It was really difficult to get to a position where we could be fighting for first place and I just didn’t have enough grip on the last lap.

“Coming here, we didn’t know how close we could be this weekend. We knew we’d be stronger than in Monza, but we didn’t know exactly how much. Nonetheless, I am grateful to be on the second row tomorrow.”

Verstappen will wake up on Sunday knowing that there is now only a slim chance he could end that day as a double world champion. But while he has won multiple grands prix in recent months from positions lower down than eighth, he doesn’t seem quite as sure he will emulate those stunning drives through the field in Singapore.

“We’ll see what we can do tomorrow but I think it will be a frustrating race,” he said. “Starting eighth around here is similar to Monaco, there aren’t many overtaking opportunities and it’s really hard to pass.”

But over 61 laps and nearly two hours of racing in swelteringly thick heat, there is a lot of racing to unfold for Verstappen and the other 19 drivers tomorrow. And while Singapore is the closest thing Formula 1 has to an endurance race, it could be made even tougher should Saturday’s heavy rain reappear on Sunday.

If it stays dry, Pirelli predict a one-stop strategy is optimal – likely seeing teams starting on the mediums before switching to the hards for the second stint. The alternative to that would be to start on softs to give extra grip off the line and in the opening laps, but that may be a risky move given the limited dry running many of the front-running drivers had over the first two days.

That lack of data remains a particular concern for Leclerc, whose Friday running was disrupted by car trouble, heading into the longest night of the season.

“Overall, I think the feeling with the car has been great all weekend long,” he explained. “Yes, we are missing a little bit of data for the race tomorrow but that doesn’t concern me too much. We just need to try and do everything perfect. And I’m pretty sure the result will be there.”

Perez agrees it’s hard to know what to expect from tomorrow’s race as the wet final practice session denied all drivers that final hour of dry running.

“We’re going blind tomorrow,” Perez admitted. “We don’t have much information on the long run, so it will be interesting.

“I think it’s a place where deg[radation] seems to be really high and obviously the conditions – we are expecting a bit of rain just before the race, so there are still a lot of unknowns. But certainly we don’t have much information so we will find out tomorrow.”

Hamilton was in no mind to make bold predictions about Mercedes’ victory prospects for Sunday, stating that his chances lay best in being smart with strategy rather than out-and-out performance compared to the pair ahead of him on the grid. If a one-stop strategy does prove the best approach to take, then heating up fresh tyres on a long out-lap could make or break the race for the leaders – something Leclerc will be aware has been a weakness for Mercedes this season.

“Strategy’s going to be very important,” said Leclerc, who lost victory from pole at this track three years ago when Ferrari dropped him behind then-team mate Sebastian Vettel during the pit stops. “I think we are in a bit of a different situation compared to 2019 with the strategy. It should make it more exciting, but the undercut will definitely be a thing tomorrow.”

While Leclerc will be under no illusions that he can never be safe from Verstappen potentially charging through the field yet again, he will also not need reminding about the plethora of frustrating means by which Ferrari and he have lost likely wins this season. But Leclerc assures that he and his team are better prepared to win than ever.

“Before coming to this weekend, our focus for the last part of the race is to improve on the Sunday execution,” Leclerc said. “So we’ll put all our effort to have a two-hour clean Sunday and if we do then I’m pretty sure the performance will be there.”

Will Leclerc avenge his lost win from three years ago? Can Verstappen find a way to win his sixth race in a row despite starting from eighth place?

Or will another driver fight their way to the front? Share your views on the Singapore Grand Prix in the comments.

RaceFans is run thanks in part to the generous support of its readers. By contributing £1 per month or £12 per year (or the same in whichever currency you use) you can help cover the costs of creating, hosting and developing aceFans today and in the future.