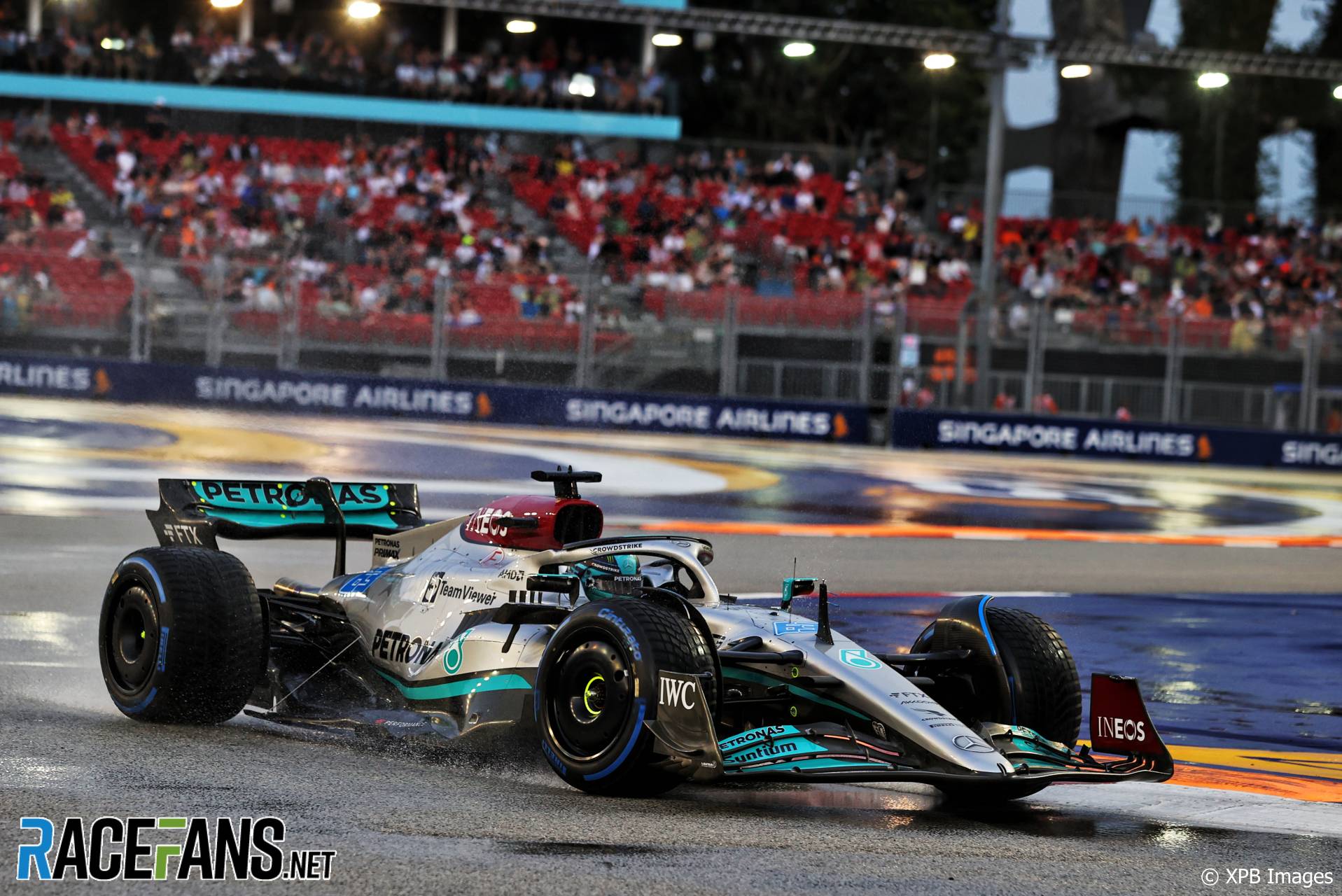 George Russell was unable to make the cut for Q3 because of a throttle problem, Mercedes team principal Toto Wolff has revealed.

The glitch meant that when Russell lifted his foot from the accelerator completely some drive from his engine was still being sent to the car’s wheels.

“We had a problem in FP1, which reoccurred now, which was a torque following,” Wolff explained. “He says the feeling is like you have 10% throttle that’s pushing you into the corner.

“Obviously in the in the damp, it’s in Singapore with 10% open throttle, you can’t properly drive.”

Russell also said in a social media post he had “an issue with the brakes that got progressively worse” during the qualifying session. “There was an unidentified brake issue which he spoke about, which we haven’t seen yet,” Wolff confirmed. “But it was the car that let him down.”

As a result of his problems, Russell missed the cut to reach Q3 by six-thousandths of a second. Team mate Lewis Hamilton progressed and qualified third on the grid, just five-hundredths of a second off pole position.

“We need to talk about Lewis, this is his place and I think it was not an easy to drive car today,” said Wolff. “It’s been difficult all year.

“So I find myself also thinking yeah, we fought for pole position, that’s good, because we are used to it in the past years. But as a matter of fact, I think he just out-drove the car today and that was really good.”

Given the narrow margins at the front of the grid, Wolff suspects the team could have taken its second pole position of the season today.

“It was on the knife’s edge, I think if he put the lap together, then we are on pole. But I think we can be very satisfied with the performance.

“It is one of the tracks that as per our simulations suit us more, albeit the bumps. And that was exactly the comments of the driver that the ride is really bad, the car is too stiff but the aero seems to work. So we’re looking better than on many other circuits.”

2 comments on “Russell was ‘let down by his car’ in Q2 exit, says Wolff”