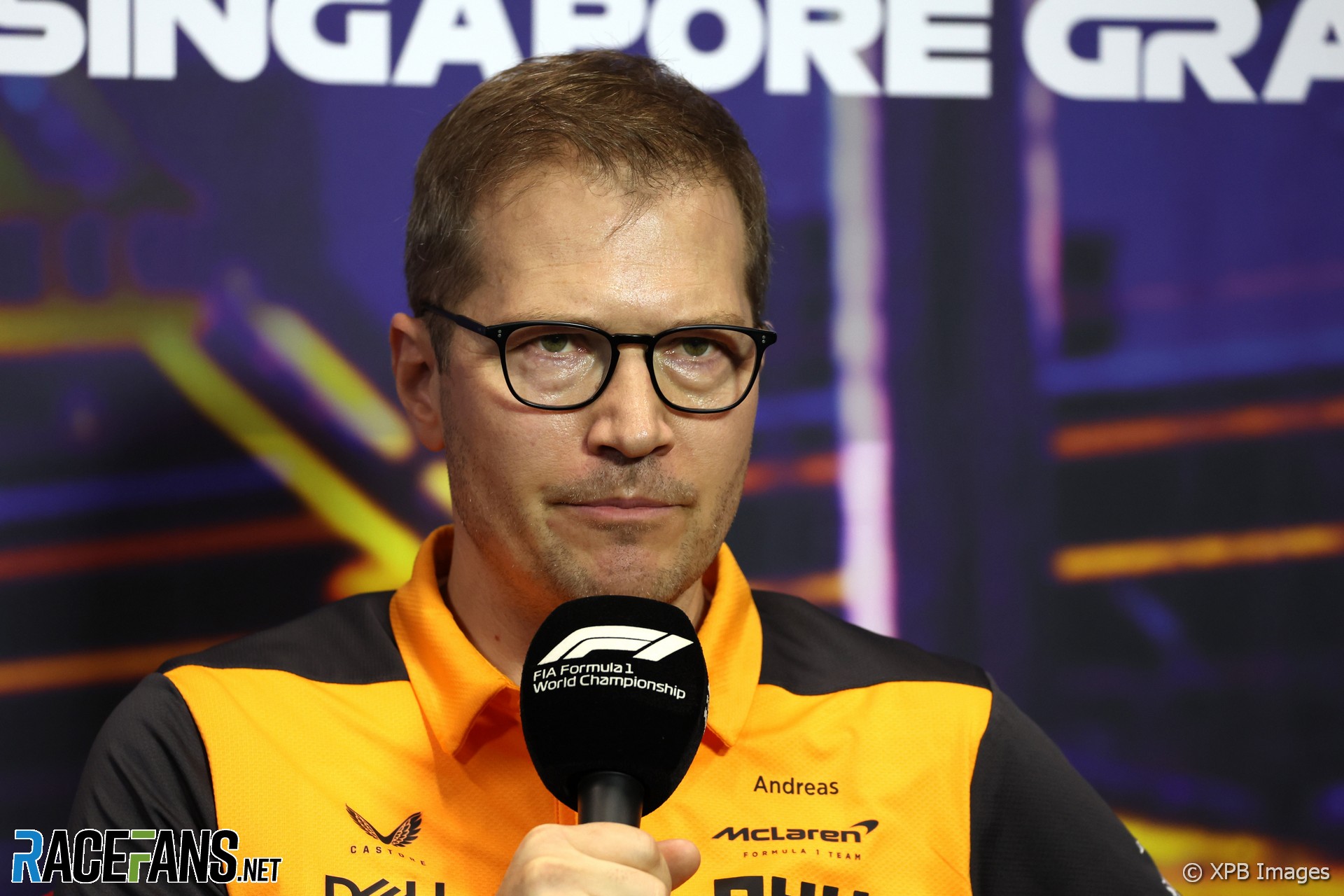 The FIA is preparing to reveal the outcome of its analysis of teams’ submissions on how much they spent during last year’s season. That was the first year the FIA enforced its spending cap, set at $145 million.

Reports claim two teams have been found in breach of the regulations. Red Bull, which took Max Verstappen to the drivers’ championship last year, has strenuously denied it is one of them.

Seidl stressed that “on our side, we don’t have any facts or evidence that there’s actually any breach or even cheating around, so that’s why I want to comment only more general.”

He is confident the FIA can accurately judge whether each team met the spending limit, despite the differences in how each of them is set up.

“Having experienced ourselves now in the last 12 to 18 months the audit from FIA’s side, which was done in a very thorough and diligent way, I’m absolutely convinced that the establishing of the numbers can be done in an absolutely correct way, ending up in comparable numbers between the different organisations,” he said. “I don’t have any doubt there.

“Now it’s simply important that there is full transparency of what is actually happening, because it is clear that if someone is spending more money going beyond the cap, it’s a performance advantage.”

Seidl pointed out McLaren had to lay off staff and cut the pay of others in order to meet the cap, and questioned how two other teams were able to approach their employees with lucrative offers.

“We have an obligation to our people, from the FIA’s side and from our side, because even for a team like us, the introduction of the cost cap meant we had to put some really serious measures in place which were affecting our people. We had to make people redundant as well, we had to ask our people to accept pay cuts or pay freezes, which was very serious.

“At the same time there was, especially from two teams, an incredible aggressive hiring still ongoing, throwing incredible salaries on the table and offering unbelievable company benefit packages where we are all wondering how this is possible in this new world of Formula 1 and our people are obviously challenging us if we do everything right on our side.

“That’s why we simply welcome clarity on this because in the end we will find out that if maybe we have missed something on our side or if there actually were breaches ongoing and we have a clear explanation why certain teams can do certain things which we were simply not in a position to offer to our people.”

Deduction of championship points is among the possible penalties for exceeding the spending limit. Seidl said Formula 1 must be prepared to change the results of past championships if a team is found to have exceeded the budget cap.

“In the end the financial regulations now are as important as the sporting one or the technical ones,” he said. “There’s no difference.

“It’s very important that, from the FIA’s side, they make sure that they police them properly, enforce them and put proper penalties in place in case there is any infringement, even if it’s done affecting championship outcomes from the past.”