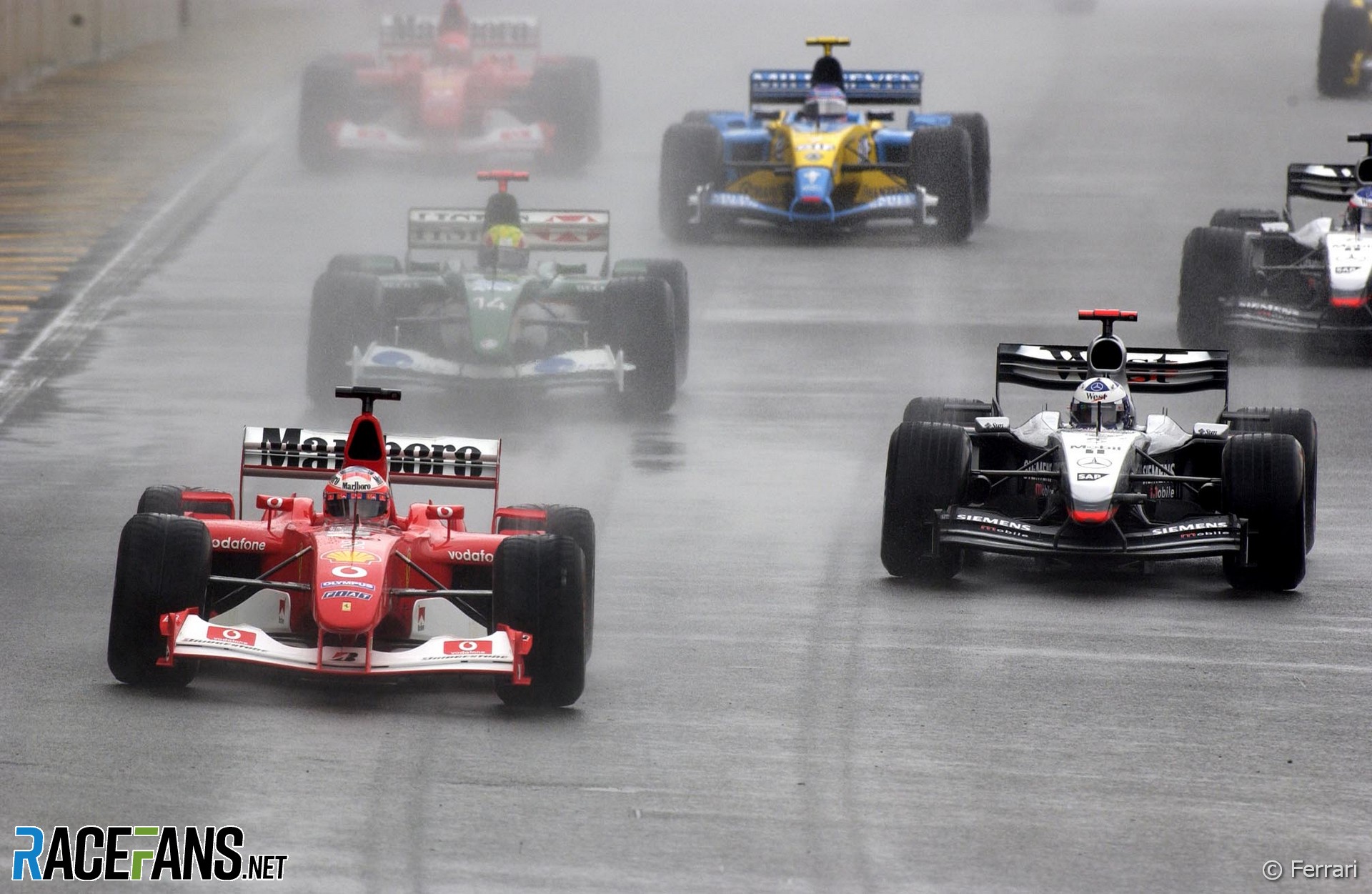 When Max Verstappen backed off his final flying lap because his Red Bull team had realised he was going to run too low on fuel, it secured Charles Leclerc’s ninth pole position of the season – and ensured no one will end the year with more of them than the Ferrari driver.

Leclerc beat Red Bull’s Sergio Perez by 0.022 seconds and Mercedes’ Lewis Hamilton by 0.054s. That’s the smallest gap which has covered three different teams at the front of a grid for nearly 20 years.

You have to go back to the 2003 Brazilian Grand Prix to find a closer top three involving a trio of different teams. Rubens Barrichello – also in a Ferrari – took pole position for that race by 0.011 seconds from David Coulthard (McLaren) and 0.044s from Mark Webber (Jaguar, which became Red Bull two years later).

Leclerc’s pole position was the 18th of his career, which is the same number as the driver he replaced at Ferrari three years ago – Kimi Raikkonen. Mario Andretti and Rene Arnoux also tallied 18 pole positions during their career.

However Leclerc lost the lead to Perez at the start – exactly as happened when the pair lined up in the same order in Azerbaijan. Leclerc also repeated his result from the last Singapore GP, by taking pole position and finishing second.

Perez therefore claimed the fourth win of his Formula 1 career, putting him level with Dan Gurney, Bruce McLaren and Eddie Irvine. Following his Monaco Grand Prix win earlier this year, Perez has now scored more than one win in a single season for the first time. Coincidentally, both were street races in which he faced a post-race investigation.

This was also the first time in Perez’s career he’s led every lap of a race. It meant his team mate Max Verstappen led no laps, which hasn’t happened since Perez’s Monaco win. Verstappen’s run of nine consecutive races led is the longest of his career to date. His run of five wins in a row, another personal best, also came to an end.

Red Bull scored their fourth victory in Singapore, meaning they are now tied with Mercedes as the most successful team at this track.

For the first time this year the driver who set the fastest lap did not collect the bonus point as they did not finish inside the top 10. That was George Russell, who took the second fastest lap of his career, the other having come on his first appearance for Mercedes as a substitute for Lewis Hamilton at the Sakhir Grand Prix in 2020.

Behind Perez, Ferrari got both cars on the podium for the first time since the Miami Grand Prix. The McLaren pair were next, taking 22 points, which is the most the team has scored in a single race this year. They scored the same amount at the Emilia-Romagna Grand Prix, but seven of those points came from the sprint race.

Daniel Ricciardo scored his best result of the season so far with fifth place, an impressive gain of 11 positions from where he started. That helped McLaren pass Alpine for fourth in the championship.

Prior to Singapore, all five of Lance Stroll’s points had come from 10th place finishes. He therefore more than doubled his haul with sixth place, equalling the team’s best result of the season which Sebastian Vettel scored in Azerbaijan.

Future Aston Martin driver Fernando Alonso made a record-breaking 350th start in the world championship, but had a dissapointing end to it as he was among the six retirees from the race.

Having been absent from the calendar for the last two seasons due to the COVID-19 pandemic, this was the 13th world championship edition of the Singapore GP. It was also the fourth which failed to go the distance, as the two-hour time limit was reached as the wet conditions made for slow lap times early on. This time 59 of the scheduled 61 laps were completed. The other shortened races were in 2012, ’14 and ’17. And, like every previous Singapore GP in F1, it included at least one Safety Car or VSC interruption.

However Zhou Guanyu may reconsider inviting his family to races in future. They came to watch as they did at Silverstone, only to see him taken out of the race by another driver again. At least he wasn’t flipped onto his roll hoop this time.

Have you spotted any other interesting stats and facts from the Singapore Grand Prix? Share them in the comments.