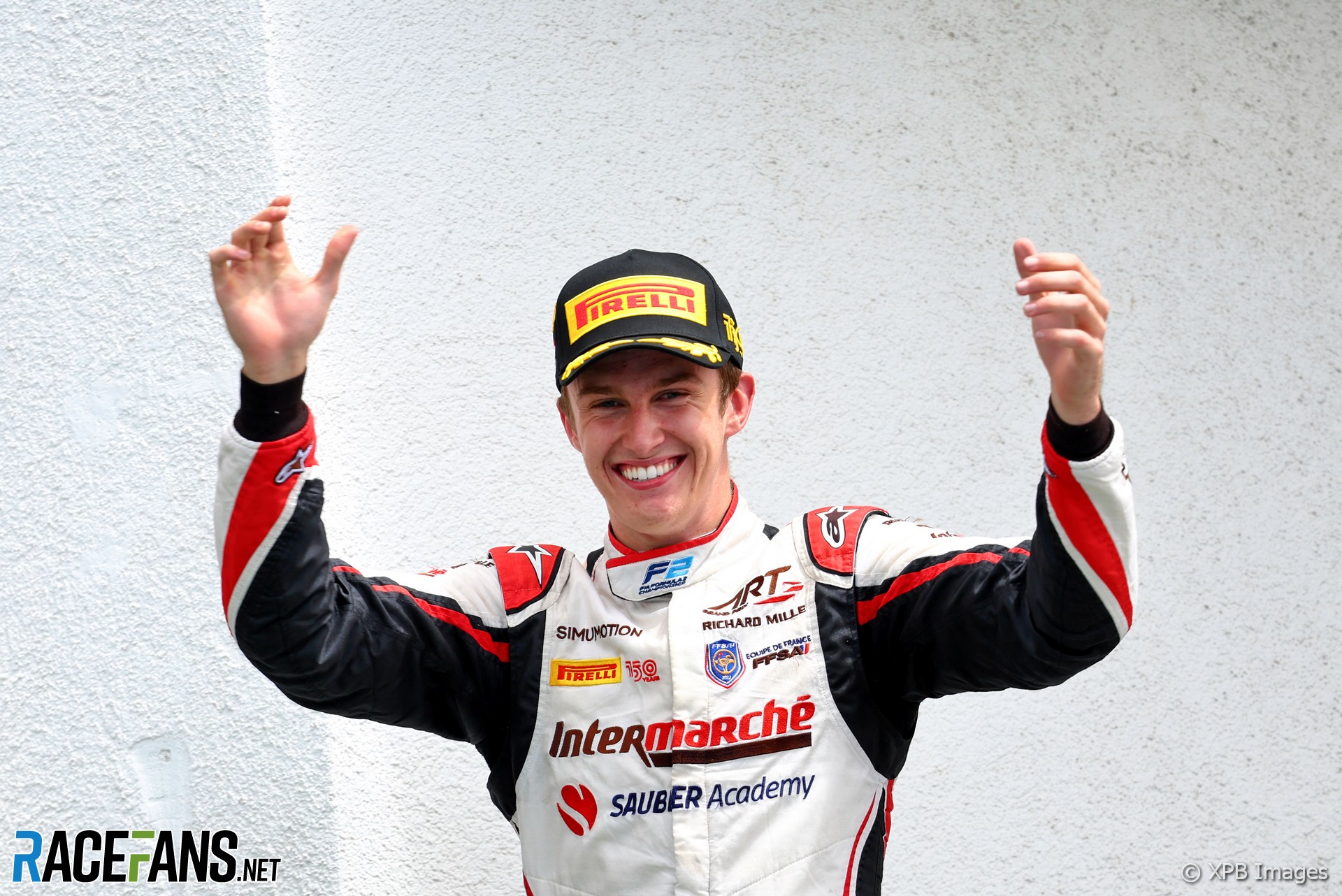 Alfa Romeo has confirmed Formula 2 race winner Theo Pourchaire will make his first appearance in an official F1 practice session with the team at the next round.

Pourchaire is a junior driver for Sauber, whose Formula 1 team is branded by Alfa Romeo. He will drive Valtteri Bottas’s car during the first practice session for the United States Grand Prix at the Circuit of the Americas one week from tomorrow.

The 19-year-old, who lies second in the F2 standings to champion Felipe Drugovich, said he was “thrilled” to have the opportunity. He previously tested for the team at the Hungaroring last year.

“It will be my second time behind the wheel of a Formula 1 car, but in some ways, it will feel like it’s the first time, as this time it will be during an official grand prix session,” he said.

“It feels like a dream coming true, and I want to thank Alfa Romeo F1 Team for putting their trust in me and granting me this amazing opportunity: I am looking forward to being on track, and I will make sure to get the most out of it and to do my best to support the team as they prepare for the United States Grand Prix.”

Pourchaire won Germany’s ADAC Formula 4 championship in 2019, finished runner-up in FIA Formula 3 at his first attempt the year after, then graduated to F2.

“Ever since he joined the Sauber Academy back in 2019, Theo has shown impressive progress,” said Alfa Romeo’s sporting director Beat Zehnder. “He has been a title winner in 2019 and a contender in 2020 in F3; in F2, particularly this season, he’s given his all and was in the battle for the title for most of the championship.

“He is, without any doubt, one of the most promising young drivers coming through the ranks, and it’s a pleasure for us to finally see him stepping up and earning his first Formula 1 free practice outing. From the very beginning he impressed us with his professional approach and dedication to always give his very best on- and off-track, and we can’t wait to see him further unlocking his potential on track.”

All F1 teams are required to run drivers who have competed in fewer than three grands prix on two occasions during 2022, in a new rule which was brought in for this season. Alfa Romeo will satisfy that requirement with Pourchaire’s run, as the team regular driver Zhou Guanyu was a rookie when he made his debut at the Bahrain Grand Prix.

Two other junior drivers will also participate in first practice in Austin next week. Pourchaire’s F2 rival Logan Sargeant will drive for Williams and Robert Shwartzman will appear for Ferrari.